Victoria has recorded its first coronavrius death in more than a month as its run of zero new infections continues for a 31st consecutive day.

Health authorities have confirmed an elderly woman aged in her 70s who had previously been cleared of COVID-19 has died from complications relating to her original diagnosis.

‘The case was a woman in her 70s who was part of a small group of cases diagnosed in late July,’ the Department of Health and Human Services tweeted on Monday.

‘She was cleared as an active case in late September. In line with the national case definition, this is a COVID-related death as no recovery occurred from time of infection.’ 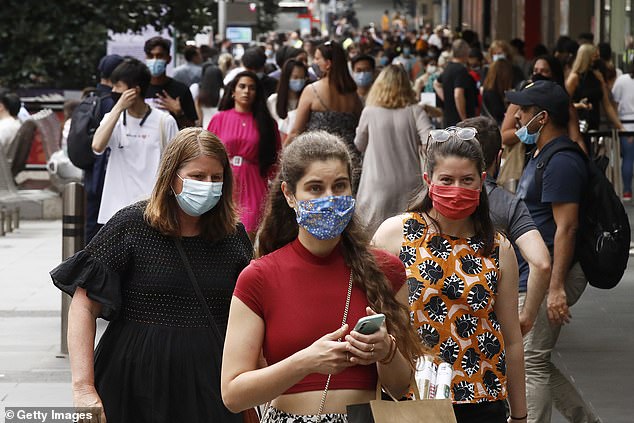 Victoria currently has no active cases of coronavirus as the state records a 31st consecutive day of no new cases. Pictured are masked Melburnians in a packed Bourke Street Mall

The woman’s death is the first one recorded since two fatalities were announced on October 28.

The state’s death toll has now risen to 820 since the start of the pandemic.

Victoria recorded zero new cases for the the 31st day in the row and currently has no active cases of the virus.

Around 5,030 Victorians were tested on Sunday.

Thousands of Melburnians returned to the office on Monday after months of working from home.

Masks are still mandatory for Victorians when out in public and on public transport.

‘We will begin a slow, steady and safe return to work for those who have been working from home,’ Victorian Premier Daniel Andrews told reporters earlier this month.

‘That is to say, 25 per cent of staff will be able to be in the office, and it is mainly offices, 75 per cent will still need to work from home and we will make further announcements over the course of the coming weeks and months,’ he said.

‘I want to be clear though – unless you’re one of those people nominated by your employer – you need to keep working from home.’

South Australia and Queensland will welcome back Victorians for the first time in months from Tuesday, just days after NSW and Tasmania reopened its borders last week. 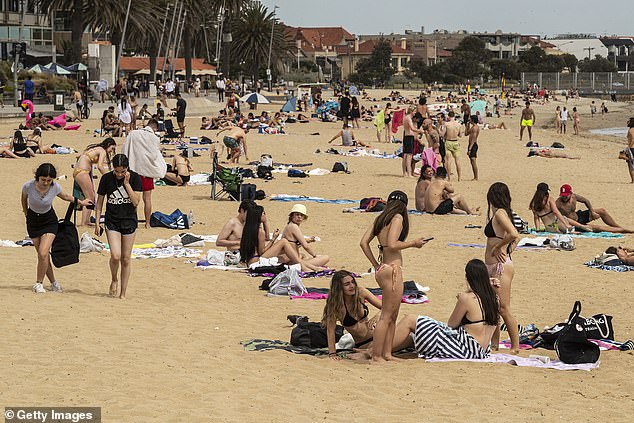