A British belief in a pet afterlife has risen since the Victorian era, according to an analysis of pet graves in London and Newcastle.

They found a growing number of references to owners and pets being reunited after death, just like humans refer to a deceased partner or spouse.

In the Victorian era, pets were more often referred to as companions or friends, gravestones from that era suggest.

But since the Second World War, Brits have treated pets like family members, by adding the family surname to their graves. 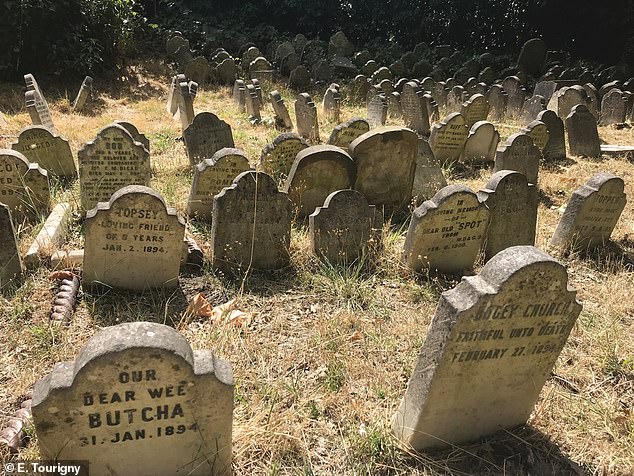 Britain’s oldest pet cemetery at Hyde Park, established in 1881 when the owner of a recently deceased dog asked the gatekeeper of Hyde Park if the pooch could be buried there

‘References to animals as family members increase after the Second World War, coinciding with a rise in the use of family surnames on pet gravestones,’ said Dr Eric  Tourigny from Newcastle University.

‘Some early adopters of surnames put them in parentheses or quotation marks, as if to acknowledge they are not full members of the family.

‘Few 19th-century gravestones reference an afterlife, although some may “hope” to see their loved ones again,’ said Dr Tourigny,

‘By the mid-20th century, a greater proportion of animal gravestones suggesting owners were awaiting a reunion in the afterlife.’ 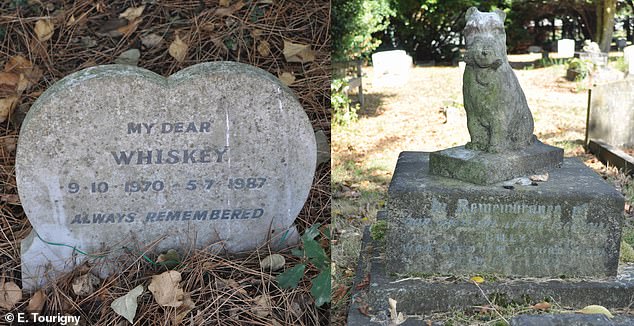 Examples of variation in gravestone design from the People’s Dispensary for Sick Animals pet cemetery in Ilford, east London

The first public pet cemetery was established in the UK in 1881 when the owner of a recently deceased dog called Cherry asked the gatekeeper of Hyde Park if the pooch could be buried there.

The dog was buried in the gatekeeper’s personal garden and over the next few decades, hundreds of other dogs were also interred.

Dr Tourigny documented more than 1,000 animal headstones spanning a century of burials, from their founding in the 1880s through to the 1980s. 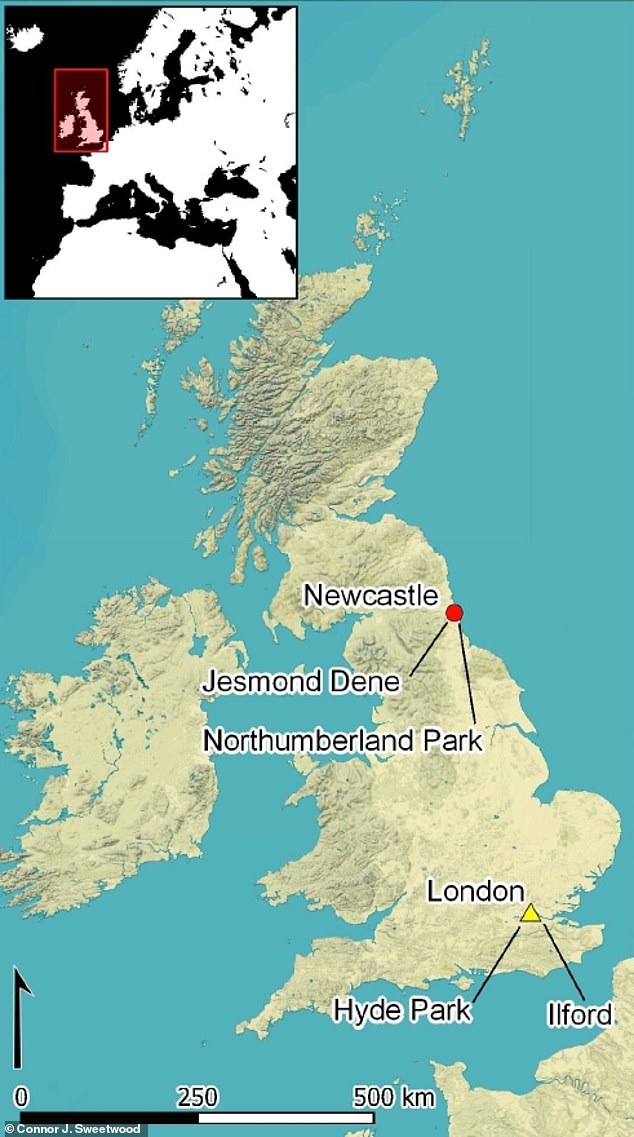 The location of the pet cemeteries examined in the research, including the UK’s very first in Hyde Park

The results show ‘the transition of animals from being pets and companions to becoming family members’ and the changing beliefs about animals’ role in the afterlife, he claims.

More than 100 years ago, a hesitancy to acknowledge pets as family members may stem from conflict between personal feelings towards the animals and social norms.

‘The need to express grief following the loss of a beloved animal, however, was at odds with socially acceptable beliefs of the time,’ says Dr Tourigny.

But the Victorian era was ‘a watershed’ for human-pet relationships, marked by a growing discourse on animal welfare and the changing role of dogs in a typical British household.

Clues from Victorian pet gravestones looked at in the study suggest signs of fondness and love for their dearly departed.

Some gravestones describe the relationship either with introductory statements like ‘in memory of my dear pet’ or through epitaphs like ‘a faithful friend and constant companion’.

Victorians referred to their animals as friends rather than simply pets, but only later did Brits start to consider them as family, the evidence revealed. 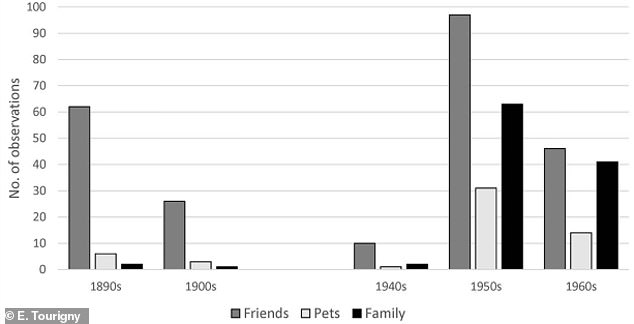 Types of human-animal relationship mentioned on animal gravestones. Victorians referred to their animals as not just pets, but friends and rarely family. This all changed in the mid-twentieth century

In all periods analysed, most stones were found to be quite simple, featuring only the name of the animal, dates and in some cases an opening statement such as ‘in memory of’.

In the late nineteenth and early twentieth-century, pet gravestones often featured the names or initials of those erecting the monuments – the pet owner.

This trend continued throughout the twentieth century until around the 1940s and 1950 when names and initials were often replaced with pronouns such as ‘mummy’, ‘dad’, ‘nan’ or ‘auntie’, suggesting a more personal and familial relationship with the animal.

Many of the animal graves at Hyde Park mimic human burial of the same era by including both kerbstones and a headstone, as if depicting a bed. 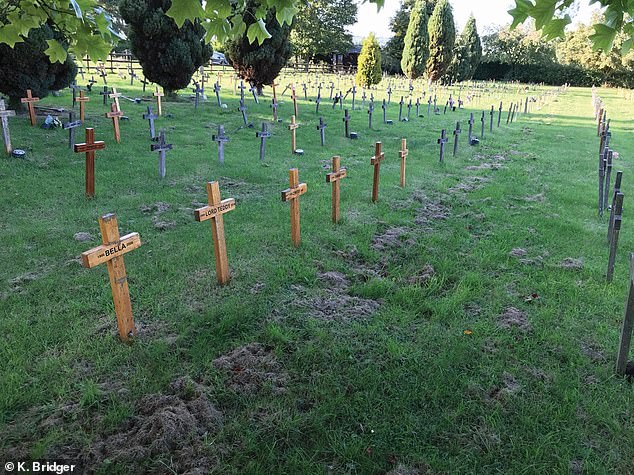 Example of the use of body stones, kerbs and headstones to resemble the appearance of a bed in Hyde Park Pet Cemetery

However, one thing that did not change is how people perceived death, which was viewed as sleep-like throughout the entire study period.

Understanding death through the metaphor of sleep featured prominently in the late Victorian era and continued to the modern era.

‘Society’s attitudes towards death have changed little, as the sleep metaphor is used continuously throughout the twentieth century,’ said Dr Tourigny.

Whilst many archaeologists have explored changing social trends from human cemeteries, few have studied the animal equivalent, he claims.

His new research reveals how pet cemeteries can provide a unique insight into the past and the people who lived in it.

‘Such information can help us understand how our current attitudes towards animals developed and how we have historically struggled to cope with grief following the loss of a pet, as many continue to struggle today,’ said Dr Tourigny.

Dr Tourigny and London charity The Royal Parks will be providing a free virtual tour of the Hyde Park pet cemetery on Wednesday, October 28.

The fascinating analysis has been published in the journal Antiquity.