The videos were released by Nygard’s former personal videographer, who has come forward with hours of behind-the-scenes footage showing Nygard’s predatory behavior over three years – as he tried to recruit girls as young as 16 to be among his ‘girlfriends’.

Stephen Feralio was hired by the 79-year-old in 2011 and recorded hours of his ‘pamper parties’ – a Sunday ritual in which Nygard would invite groups of girls and women for beach, food and dancing in the Bahamas or Los Angeles.

Yet, he also allegedly used the parties as an opportunity to recruit victims, as Feralio reveals how he would be given the signal to stop filming as Nygard chose two or three girls to go up to his bedroom.

Feralio said he was also filming when Nygard singled out a 16-year-old runner at the 2012 London Olympics as a target, telling another woman he was traveling with to get the girl’s number. 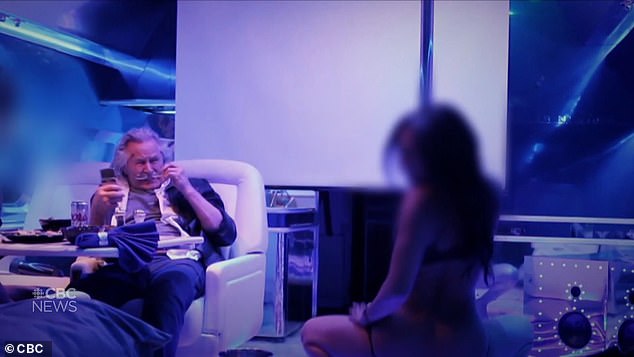 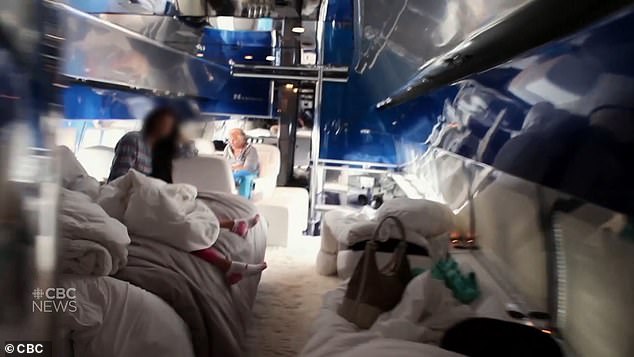 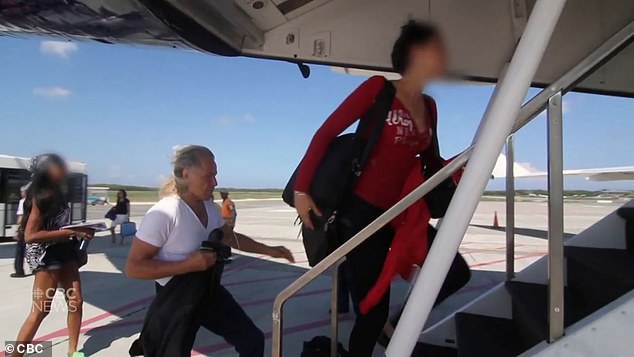 Lawyers for Nygard are appearing in court in Winnipeg, Canada, on Thursday as he argues for his release from prison over health concerns.

He was arrested by Canadian authorities on December 14 – on an extradition warrant at the US government’s request – on charges of assaulting dozens of women in a decades-long sex trafficking scheme. 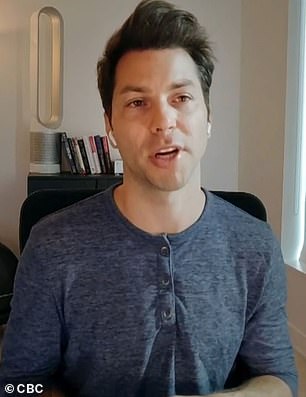 He is accused of using his prominence in the fashion industry to lure women and girls in with the promise of modeling or other job opportunities before he and his associates sexually assaulted them.

The allegations span a 25-year period and involve more than 80 women in the US, the Bahamas and Canada, among other locations.

‘If I don’t expose him, he’s going to get away with all the things that he’s been doing,’ Feralio told CBC of his decision to come forward with his footage of Nygard.

‘Nobody else in my world of Nygard has this evidence,’

Then based in Los Angeles, Feralio says that he was told to ‘film literally everything’ when he was hired, and that Nygard believed ‘the reason why Jesus is so popular is because he had a good PR team’.

Yet, Feralio told the Canadian network that he soon discovered he was going to get an insight into the shady antics of the fashion mogul, and his interactions with women at the ‘pamper parties’.

‘Nygard would just come down and choose a girl. Usually they would be drunk,’ said Feralio of the weekly events.

‘He would be grabbing them, dancing with them. And then at the end of the night, he would give me the signal and that meant stop filming. And he would go upstairs to the room sometimes with two or three or more girls.’ 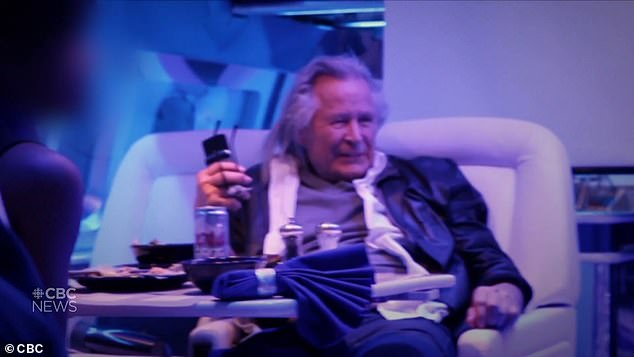 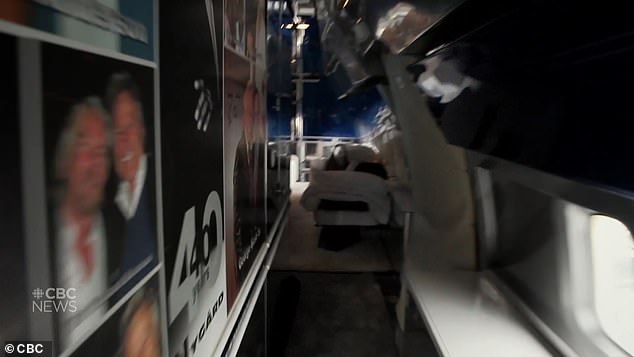 Feralio also accompanied Nygard on his private Boeing 727, including a trip in 2012 that included one of the Canadian’s 17-year-old ‘girlfriends’.

‘[They are] all dancing on the stripper pole on the plane,’ Feralio said to CBC of the video of the teen at the party.

‘And, you know, Nygard had a bed on the plane, and so he would have sex with the girls up in the front of the plane.’ 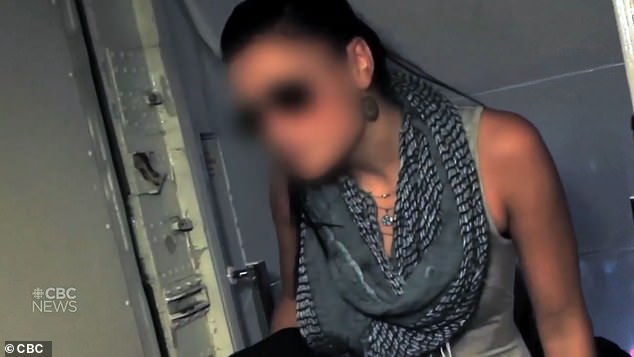 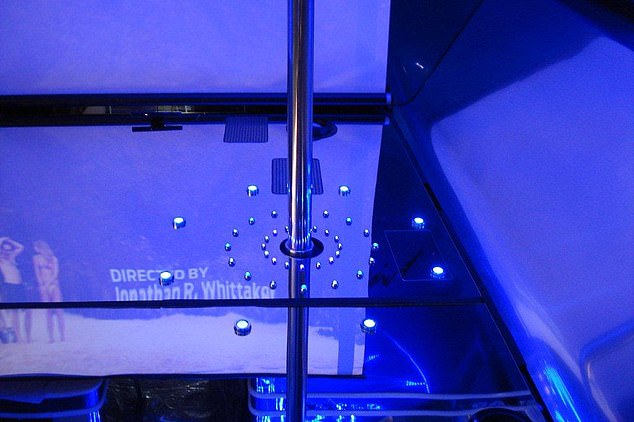 According the U.S. indictment, Nygard had a group pf ‘girlfriends’, many of whom were victims of his abuse, and who he kept loyal through threats or through offers of modelling deals.

‘Nygard maintained control over his victims through threats, promises to grant or withhold modelling opportunities and other career advancement, granting and withholding financial support and other coercive means,’ the indictment said. 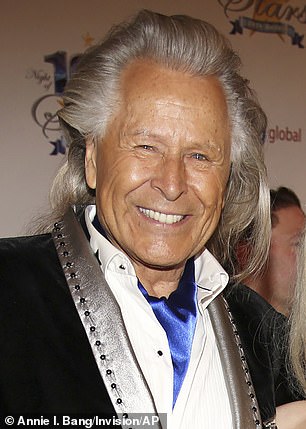 Nygard, pictured, is in a Canadian prison as US authorities wait to extradite him on charges of sexual abuse

According to Feralio, in his experience, the ‘girlfriends’ were around ‘when Nygard needed sex’.

‘They would accompany Nygard to dinner. They would be parading in during the meetings. Nygard would call them the girlfriends.’

In one video shot by Feralio, he captured how Nygard would approach girls and women in order to recruit them.

He is shown speaking to a 16-year-old athlete at the Olympics and examining her credentials.

‘Just to be here at the Olympics and to be running, good for you, and at 16 yet,’ he tells her.

Yet as he adds to a companion: ‘Get her … number. Her cell number or something. Two phone numbers. I don’t want to lose her now that I’ve found her.’

‘Part of what educates this … in the past, girls have said, “I found somebody else so that I don’t have to sleep with Nygard tonight”,’ Feralio explained of the other woman going along with Nygard’s request.

In yet another video, Nygard is shown in a hotel room in Las Vegas with a group of young women, showing them around.

‘This is where we sin. This is our sin bin,’ he says, pointing to the bedroom.

‘You’re all going to stay in this suite, it’s so big, so we’ve got…. You guys are with me. How many girls we got? Is there one missing?’

The women then begin to organize themselves as Nygard sorts who will be staying in a room with him.

Born in Finland, Nygard grew up in Manitoba, eventually running his namesake clothing companies Nygard International and becoming one of Canada’s wealthiest people.

He was arrested under the Extradition Act last month and faces nine federal charges filed in the Southern District of New York. 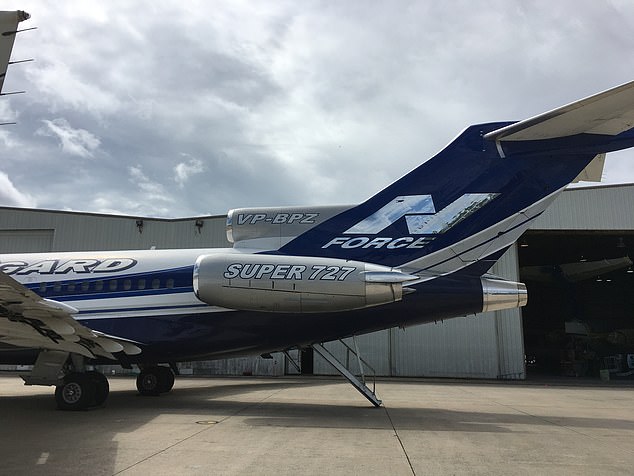 Pictured, Peter Nygard’s private Boeing 727 where he hosted parties with groups of women 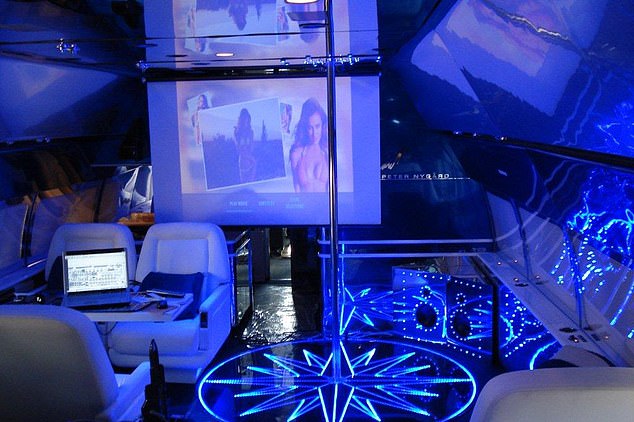 Pictured, Nygard’s private jet including the stripper pole he had set up for guests 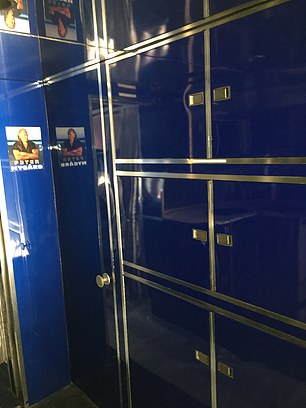 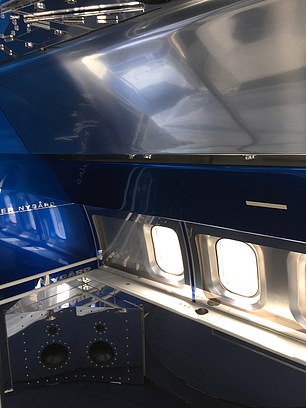 US officials say Nygard used his influence and businesses to recruit dozens of women and girls as young as 14 to sexually gratify himself and his associates.

The abuse allegedly dates as far back as 1995.

Prosecutors said the victims were assaulted by Nygard or his associates, with some drugged to ensure they met his sexual demands, and that Nygard often targeted victims who came from disadvantaged backgrounds or who had suffered abuse.

They say victims were also lured to Nygard’s compound in the Bahamas, where he forced them to engage in sexual activity at his direction and to recruit other women and minor-aged girls for Nygard to have sex with.

The victims were allegedly kept under constant surveillance by Nygard and his associates and were not allowed to leave without his permission, prosecutors said.

Nygard has denied the allegations and claims they have emerged following a feud with his billionaire neighbor in the Bahamas, Louis Bacon. 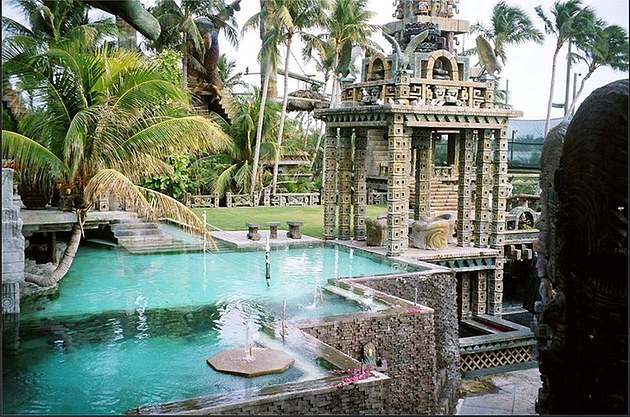 Pictured, Nygard’s Bahamas estate. Canadian police arrested him in Winnipeg on December 14 at the US government’s request under the countries’ extradition treaty 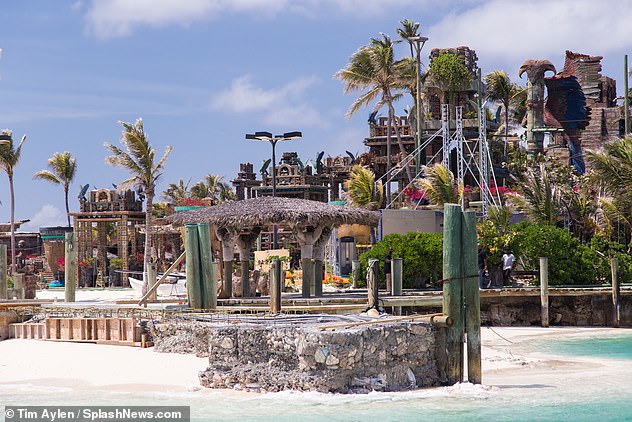 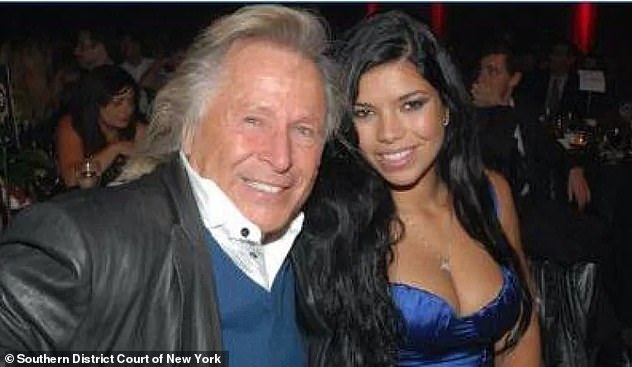 Peter Nygard and Suelyn Medeiros at Virgin Unites Midnight Magic Gala in 2007. Nygard is currently being held in Headingley Correctional Centre accused of assaulting dozens of women. The photo and Medeiros feature in a civil lawsuit filed in New York in November

Feralio’s videos had previously become an issue during a legal dispute between Nygard and Bacon, as they feuded over the expansion of Nygard’s beaches.

Nygard fought to gain control over the video footage after Feralio approached Bacon in 2014 and offered it as evidence. He claimed that Feralio was his employee and so he owned the videos.

Nygard tried to keep the videos secret before giving up the legal fight in 2019.

His arrest came months after US federal authorities raided his Manhattan offices earlier in 2020.

Nygard stepped down as chairman of his company in February 2020, after the raid.

He also faces a US civil lawsuit by at least 57 female accusers, which is on hold pending the US criminal investigation.

The allegations in the criminal case mirror those in the suit with some accusers saying they were 14 or 15 when Nygard raped or sexually assaulted them.

US authorities have until February 12 to make a formal extradition request.

Once the request is made, Canada will have 30 days to decide whether to agree to the extradition.

Nygard’s lawyers are calling his imprisonment a virtual death sentence, due to his age and the COVID-19 pandemic.

He has maintained he is not a flight risk and should be released on bail as he let his passport expire in 2020.

Yet CBC on Wednesday revealed a pictured of Nygard’s passport that shows it does not expire until 2025.

The US Secretary of State to his Iraqi counterpart: We will continue to hold the strategic dialogue sessions soon