Caroline Layton, said she feared her small car would be ‘crushed’ by the HGV who tailgated her at 50mph as she drove through roadworks on the M27.

Footage captured on her rear dash cam shows the driver flashing his lights and making gestures at her before he eventually indicates and overtakes. 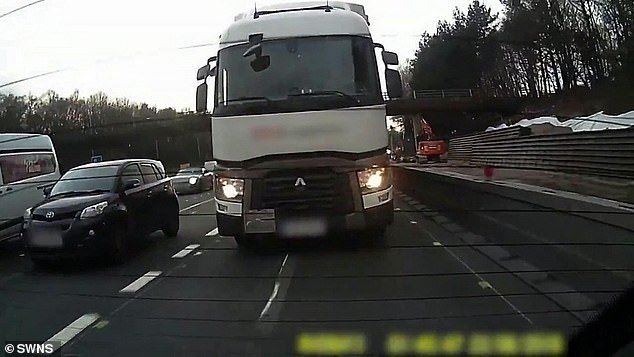 Caroline Layton, said she feared her small car would be ‘crushed’ by the HGV who tailgated her at 50mph as she drove through roadworks on the M27

Ms Layton, a data and intelligence analyst for Highways England, filmed the trucker who accelerated within a few feet of her Vauxhall Corsa.

She said: ‘He came up really close, just a couple of metres behind. I thought I had to slow down because if it hit me at 50mph I would be crushed.

‘This was very intimidating behaviour and likely to cause a crash and serious injury.

‘If anyone had stopped in front of me he would have gone into the back of my car and I would have been sandwiched in the middle.

‘From the driver’s seat, all I could see in my rear-view mirror was the lorry’s grill. 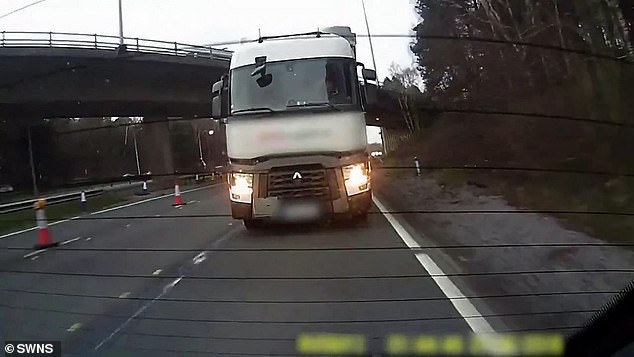 ‘Although this was the worst incident I have encountered, I have seen a lot of tailgating and it isn’t just lorries, all types of vehicle.’

The footage was released as it was announced that almost 10,000 vehicles were caught tailgating in the first two weeks of new cameras being tested to clamp down on road bullies.

More than 130 people were killed or seriously injured in incidents involving people driving too close in 2018.

A survey for Highways England found that more than a quarter of drivers admitted to tailgating. 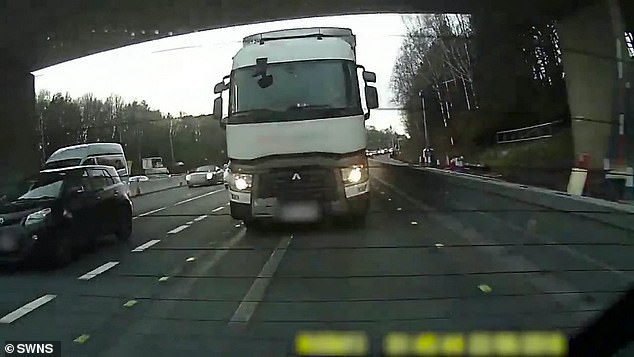 It was also found that nearly nine in ten people say they have either been tailgated or seen it.

Roads Minister Baroness Vere said: ‘When people think of the causes of road accidents, tailgating probably isn’t one of them, but it’s one that can have dangerous repercussions.

‘Highways England’s innovative plans are already showing how serious and reckless this behaviour is, and through this campaign I hope we see tailgating drop, making our roads, already some of the safest in the world, safer still.’

NFL trade deadline tracker: Breaking down all of the deals up to Tuesday's cutoff date