Kash Popat, of Harrow, left her family in stitches and host Gino D’acampo speechless on the ITV reboot of the family-friendly show when she uttered her answer in a hurry.

Last night’s show saw the Wilson family, from Worcester, face off with the Popats of Harrow.

Each family member had to face off with someone on the opposite team, and the question Kash and her opponene were asked was: ‘Name something you put in your mouth but don’t swallow.’

While Kash’s answer was bleeped by production, the audience’s stunned reaction led viewers to believe she had offered a crude word. 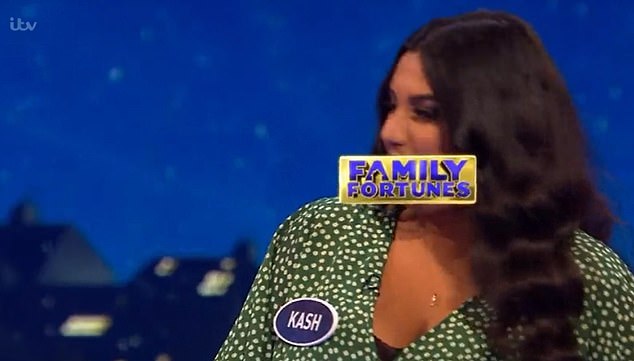 Buzzer-enthusiast Kash immediately pushed the button in front of her when Gino asked her and opposing contestant Ryan Wilson to answer the question.

The funny moment, however, took a turn when she uttered the word, which was bleeped by production.

The camera panned to a stone-faced Gino, looking shocked, while Kash, seemigly surprised by the answer she’d blurted out, started laughing.

Meanwhile, the contestant’s family, who were standing behind her, could be seen laughing in shock. 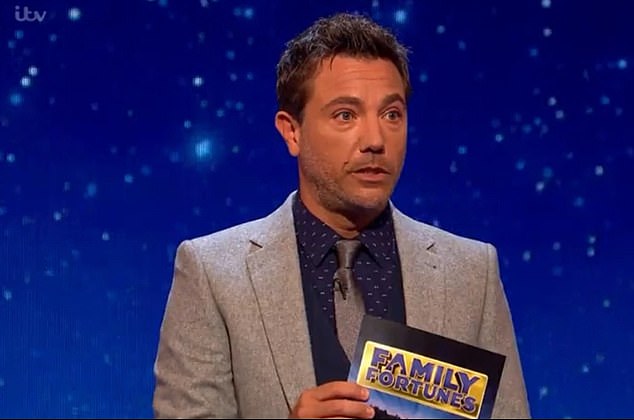 Even the host Gino D’acampo was left speechless by Kash’s answer on the family-friendly show, not knowing what to say

Shocked viewers were left in stitches and tried to work out what bad word Kash had said, guessing it was a crude word for ‘semen’

The moment was not lost on the show’s viewers, who immediately started to speculate on Twitter as to what word Kash had said.

‘Don’t think I’m imagining it… the question on the swanky new #FamilyFortunes was “name something you put in your mouth but don’t swallow” – did she say a d***? J***,’ one asked.

‘Name something you put in your mouth…. But DON’T swallow. What did Kash just say?! A d***? Proper #FamilyFortunes that said another. 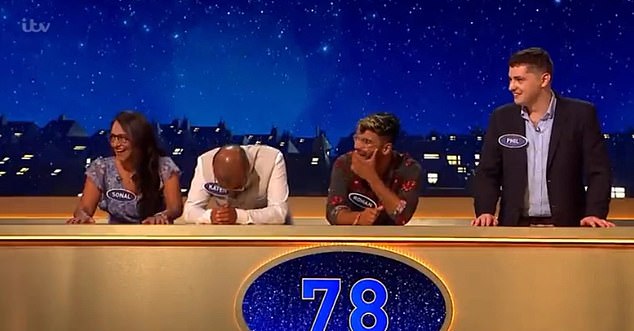 The Popat family, who were playing with Kash, were left speechless and could be seen laughing in the background

Viewers were in disbelief and found the moment both shocking and funny, trying to work out what Kash had said

‘Name something you put in your mouth but can’t swallow? I think she said c***’ said another.

‘What a great piece of entertainment to lighten up these dark times, hilarious. Well done Kash, Gino’s face a picture,’ one said.

Kash’s brother Rohan also made a splash on the show when he gave a bizarre answer to ‘a thing twins share.’

‘Worst but funniest last 2 players on #FamilyFortunes,’ said another.

‘Got me crying tonight. Daughter gives ‘d***’ as an answer and boyfriend gives ‘hair’ for what twins share on big money. Absolute jokes,’ said another.