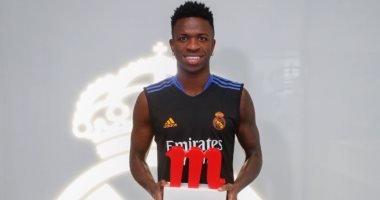 The Brazilian Vinicius Junior participated in 3 matches with Real Madrid, against Deportivo Alaves, Levante and Real Betis, and scored 3 goals.

Vinicius Junior has scored 5 goals from a total of 5 matches he played with Real Madrid this season, and is ranked second in the league’s top scorer table, succeeding Karim Benzema, the leader with 6 goals.

In general, the Brazilian Vinicius Junior participated in 6 matches with Real Madrid in all competitions, and scored 5 goals.

It is worth noting that Real Madrid is at the top of the Spanish league standings, with 13 points, and two points behind Atletico Madrid, the runner-up, with 11 points.

Where to buy Wanaka Farm (WANA): an NFT game token that has risen 46% in 7 days