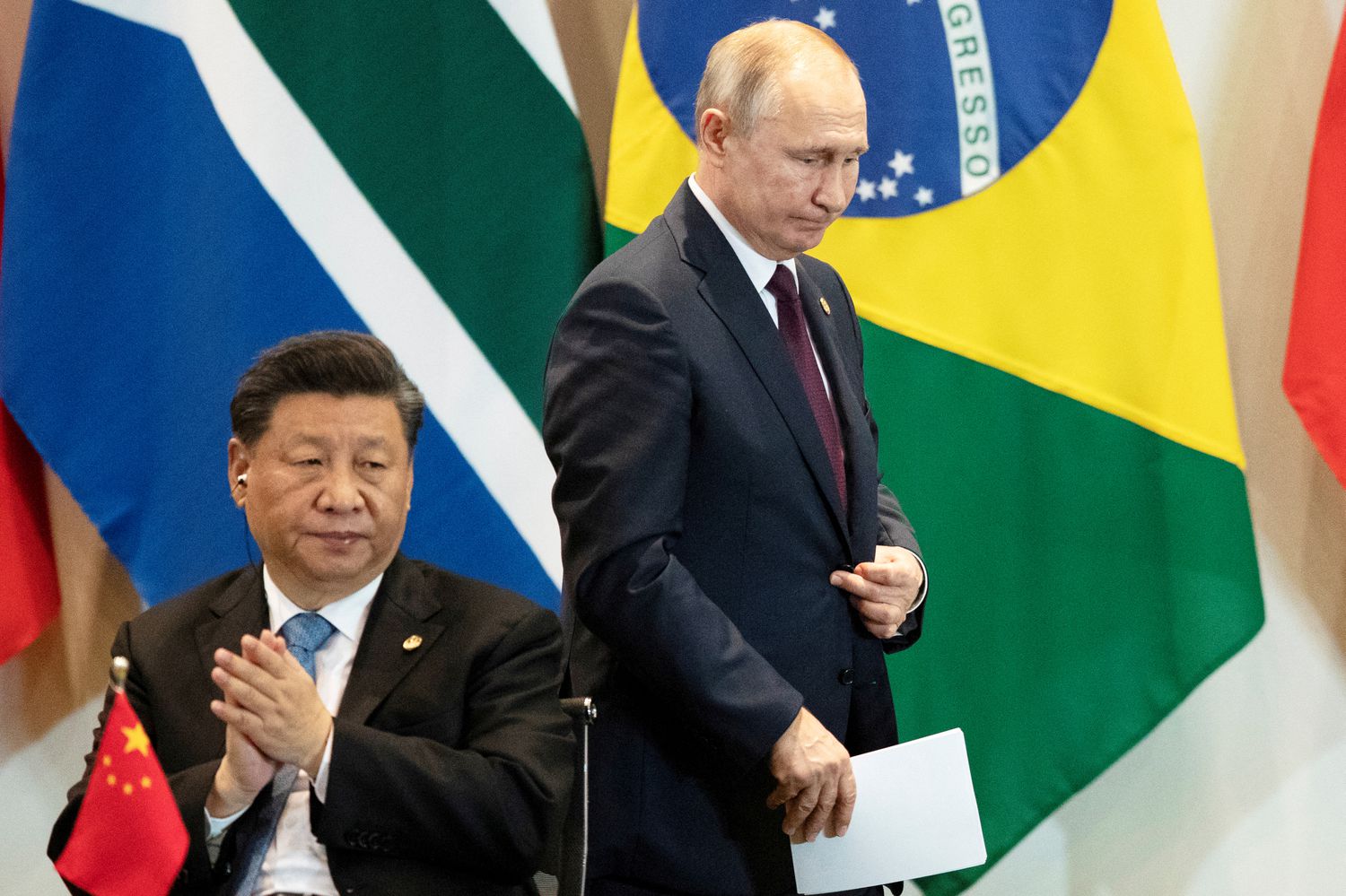 Vladimir Putin deprived the Russians of the mozzarellathe brie or Parmesan after the Crimean War in 2014, when it banned imports of European cheese in response to the sanctions imposed by the EU for its aggression against Ukraine. The hitherto precarious cheese industry in that country began to develop, even copying varieties to offer gorgonzola in Russian O emmental ruso. That anecdotal transformation that covered half the world hides a deeper turn by the Kremlin to create a shield that would allow it to face, and even circumvent, future sanctions. The recipe was to increase the reserves of the Central Bank of Russia, keep public accounts in check, reduce exposure to the dollar, develop sectors subject to sanctions and intensify its ties with China. The headwind of gas and oil sales to Europe allowed to build that mattress with which Putin thought he could withstand another conflict and possible isolation, but the sanctions announced by the EU and the US threaten to shatter those plans.

Two have been the maxims that have guided Russia since Crimea was illegally annexed in 2014: savings and dedollarization. Moscow has come to this war with the reserves of the Central Bank of Russia full. At the end of January, it hoarded 630,000 million dollars (about 560,000 million euros), which is equivalent to 40% of its Gross Domestic Product (GDP) and covers more than two years of imports. To see the magnitude of that piggy bank, just compare it with the euro zone. According to a publication of think tank Bruegel, the central banks of the euro zone have the equivalent of 9% of GDP. That is, Russia has four times as many.

Given the growing use of sanctions as a diplomatic weapon by Washington, in addition, Putin reduced his reserves denominated in dollars, so that in five years their weight went from 40% to 21.2%, according to estimates by the Financial Times. At the same time, he increased his portfolio in euros, yuan and gold. Moscow has 2,300 tons of gold (23% of its balance). And, unlike most states, it has it all on its territory. “Putin was aware of what could come after the conflicts in Crimea and Donbas. He had already seen the examples of North Korea, Iran, Cuba or Afghanistan, which cannot dispose of their central bank reserves. And he decided to diversify and deposit his reserves in other financial markets, such as China, ”says the economist Juan Ignacio Crespo. Gold and yuan reserves total $211 billion. But analysts agree that it is neither clear that it is easy to sell gold nor that Chinese banks want to risk retaliation for breaking the sanctions regime imposed by the West.

The second pillar of Moscow’s plans was to implement budget austerity. The attacks on Ukraine and the fall in the price of oil led to an increase in the deficit to 3.4% in 2015 (from 11.4% excluding the income reported by crude oil), according to the International Monetary Fund (IMF). Despite its stunted growth, the Kremlin launched an adjustment plan equivalent to 1% of annual GDP to return to rebalancing. In addition, Russia maintains a very low public debt (17.9%), especially in rubles, and ends each year with a trade surplus thanks to oil and gas sales.

The measures announced by the EU and the US seem to be aimed at undoing these two pieces of Russia’s economic roadmap. Despite the enormous volume of central bank reserves, Brussels estimates that the sanctions involve freezing practically half of its assets. “Foreign exchange reserves are not usually in the same central bank, but in financial institutions abroad to facilitate transactions,” says Crespo. That is to say, the sanctions of Washington and Brussels imply that if the Central Bank of Russia asks that its New York or Frankfurt bonds be liquidated, it will not be able to do so. “The central bank’s ability to intervene and address the ruble situation will be precarious. It is a drastic measure that will affect the purchasing power of the Russian population. And it is difficult to know the degree of internal support for Putin”, warns Miguel Otero, principal investigator at the Elcano Royal Institute.

blow to the bank

The disconnection of several banks from the SWIFT messaging platform also threatens to break the stability that Putin was looking for. “In recent years, the Central Bank of Russia has established SFPS [otro sistema de mensajería] as an alternative to SWIFT, but it is a largely Russia-centric system, with just over 20 foreign institutions, most in former Soviet states,” says Jason Tuvey, an economist at Capital Economics.

Despite the fact that European cheese is banned in Russia, over the years some shops and restaurants have managed to offer brie Authentic to your customers. Sometimes, through the internet. Others, contraband. Russian authorities have made several raids. One of the biggest was in 2015, when 470 tons of cheese from Europe were seized and immediately destroyed. Well, analysts still see a hole in that cheese. gruyère of the sanctions. And it is in foreign trade. The third major leg of Putin’s economic strategy, in fact, was to direct his export machinery to other areas of the world, particularly China. According to the United Nations, Russia’s exports to China between 2015 and 2020 rose by 73.6%, to 49.14 billion euros, thanks to sales of oil and wheat. Conversely, imports from the Asian giant grew by 56%, to 54.9 billion.

There are big questions about the future of that alliance. China already bought more oil from Russia than from Saudi Arabia in December and has just signed agreements to buy wheat and coal. Beijing mainly sells technology and automotive products to Moscow at a time when the safety of its products raises serious doubts in the US and the EU. However, Europe still accounts for 45% of the Russian market. The S&P risk rating agency is blunt in this regard in a report: “China, which represents 14% of its foreign sales, cannot replace, in our view, Europe as Russia’s key market. At least not from one day to the next, ”he points out.

Precisely, the EU is studying the formula so that the flows of dollars to Russia can be maintained to acquire gas and oil, given the extreme energy dependence of their economies, including Germany and Italy. That could be a safety valve for Russia, which could continue to earn foreign exchange through energy and finance spending from its budget. This, according to Bruegel, can continue to be financed as long as the price of a barrel of Brent is at 44 dollars. And now it exceeds 100. “With that decision, the EU has exposed the weakness it has and that Putin knows, that of energy dependence,” says Crespo.