The terrifying moment a driver runs a red light and is T-boned by a car at 80km/h zone has been captured on dash cam tape.

Shocking footage shows a Volkswagen Polo zooming toward a red set of lights on the Hume Highway in New South Wales about 5pm on Wednesday.

The Polo driver briefly pressed on the brakes at the lights before deciding to speed through the intersection.

From the driver’s side a blue vehicle comes hurtling towards the Polo, smashing directly into it and forcing the car to spin out. 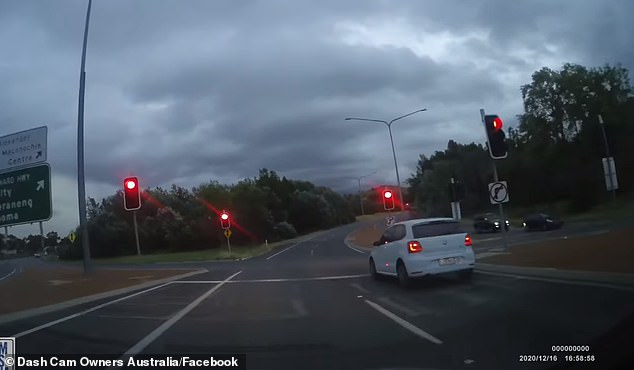 The Volkswagen briefly braked before approaching the lights but continued through 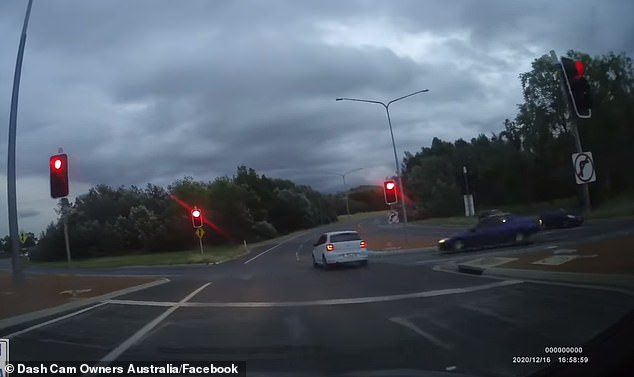 Social media users slammed the Polo driver for going through the red lights and questioned what was the point of braking but not coming to a complete stop.

‘Polo driver should be instant loss of licence. Give them a couple of years of taking public transport to mull over their life choices,’ someone wrote on Facebook.

‘Running the red didn’t save him any time at all,’ another commented.

‘Why did they brake and then go through?’ Another questioned.

‘If he hadn’t braked he wouldn’t have been hit,’ someone else wrote. 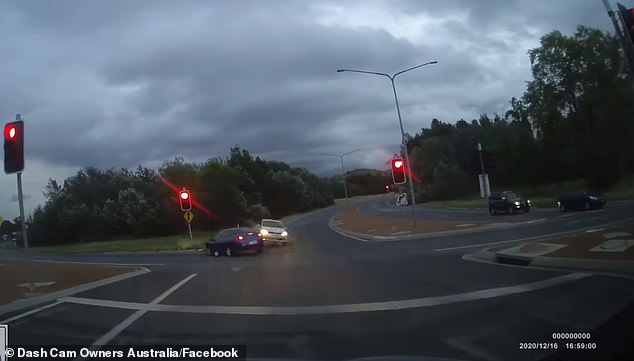 CHRISTOPHER STEVENS: Brain kebab? No thanks, Gregg, I'll have what Nadiya's eating

Walmart is dropping $35 minimum order on its delivery service