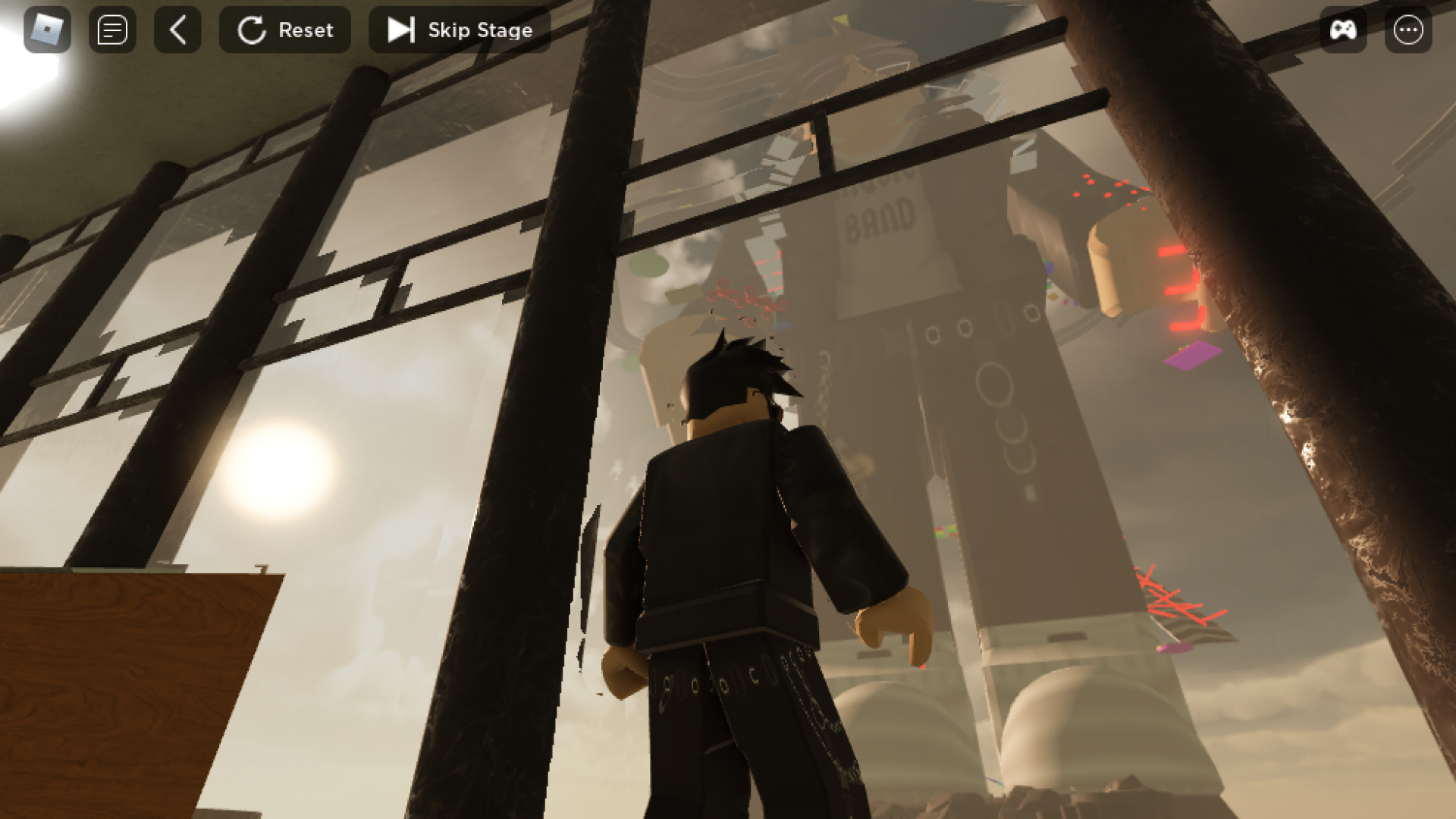 The creator of VVVVVV, Terry Cavanagh, has just released his next game — but unlike VVVVVV, you won’t find it on typical storefronts. Instead, in order to play Climb the Giant Man Obby, you’ll need to venture into Roblox.In a blog post, Cavanagh announced the “obby,” which is Roblox shorthand for “obstacle course” (or just a platformer) and a popular genre to make among first-time creators on Roblox.

“For the past year or so, I’ve been kinda fascinated by Roblox – a massively popular multiplayer game platform, mostly aimed at kids,” Cavanagh writes. “So recently, I decided to try making a game for it!”“I didn’t expect how much I was going to love working in Roblox Studio,” Cavanagh added. “I’ve been working on this on-and-off for about three months, which makes it one of my biggest freeware projects ever.”

Cavanagh detailed his development journey with Roblox in a lengthy Twitter thread that goes back to the end of March. The thread offers glimpses of his process of adapting to Roblox’s creation tools as Cavanagh first attempted to recreate the outfit worn by the fellow in the “How do you do, fellow kids?” meme, then turned his player character wearing that outfit into a giant man to then build a climbable obstacle course around.

The ensuring obby has, per Cavanagh, about 30 or so “stages” which include obstacles like giant rotating fidget spinners, extremely narrow platforms, and ziplines. Cavanah says in the thread that he wanted to include as many obby tropes as possible, and solicited feedback on what he should include.

I don’t find this style of challenge super interesting, but it makes a nice change of pace – plus it’s good to reference the tropes pic.twitter.com/FYblC8JuVR

Though Climb the Giant Man Obby is free-to-play, Roblox’s game creation capabilities and a massive community of players have attracted not just hobbyists and aspiring developers, but professional developers like Cavanagh. The platform’s biggest game, Adopt Me, brings in millions of dollars in revenue and is being made by a team of around 100 people — a full-blown studio with full-time employees.

Roblox itself recently went public and at the launch of its direct listing, was estimated to be worth more than Take-Two and Ubisoft combined. Its value at least in part lies in the hundreds of thousands of creators making money from content on Roblox and its hundreds of millions of active users, and the company is currently looking to expand into more countries, more languages, and add even more monetization features to make content creation a viable revenue source for creators.

The life of the madame who counted JFK, Marlon Brando and Sinatra among her clients revealed in film

A driver crashed through a fence at Los Angeles International Airport on Thursday less than an...