Wales 0-0 Albania: Visitors’ 75-year-old manager knocked to the ground in unsavoury touchline bust-up as hosts are frustrated in final warm-up match ahead of Euro 2020

Wales failed to get a winning Euro 2020 send-off as Albania held them to a goalless draw in Cardiff.

This was Wales’ final game before the Dragons start their European Championship campaign against Switzerland in Baku on June 12.

For the most part, it was a frustrating exercise for interim manager Robert Page as Wales created few chances and Albania had an easy ride. 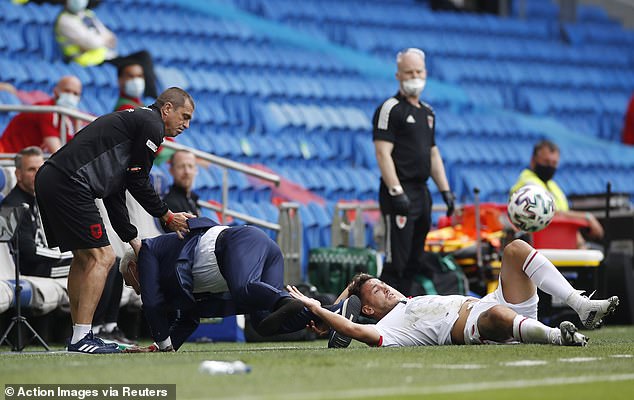 But the entrance of Kieffer Moore and Gareth Bale from the substitutes’ bench breathed life into the contest and Wales had late openings to avenge their 2018 friendly defeat to Albania and give returning supporters some cheer.

Wales welcomed back supporters for the first time since November 2019, when a 2-0 win over Hungary sealed qualification for this summer’s delayed Euros.

The easing of Covid-19 restrictions had allowed 6,500 fans into the Cardiff City Stadium to provide a send-off for Page’s squad.

Page had spoken of his players’ desire to keep taking the knee before kick-off to demonstrate their opposition to racism. 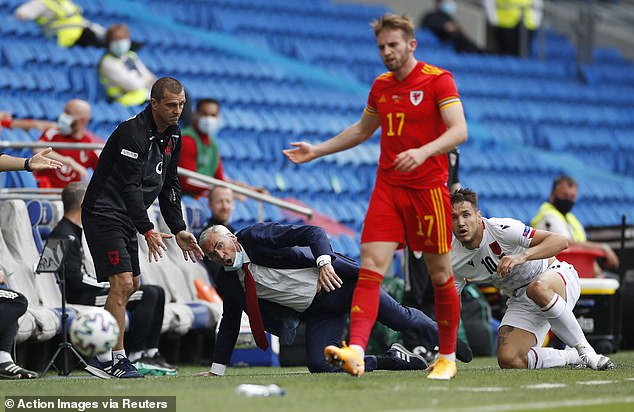 Page made eight changes from the side which had lost 3-0 to France on Wednesday, with Neco Williams, Chris Mepham and Joe Allen the only players to survive from that starting line-up.

Williams had been cleared to play just hours before the game after UEFA decided the Liverpool defender did not have to serve a suspension for his controversial red card in Nice.

Ben Davies – who took over the captaincy from Bale – Aaron Ramsey and Ethan Ampadu were among those to return, while goalkeeper Wayne Hennessey won his 96th cap. 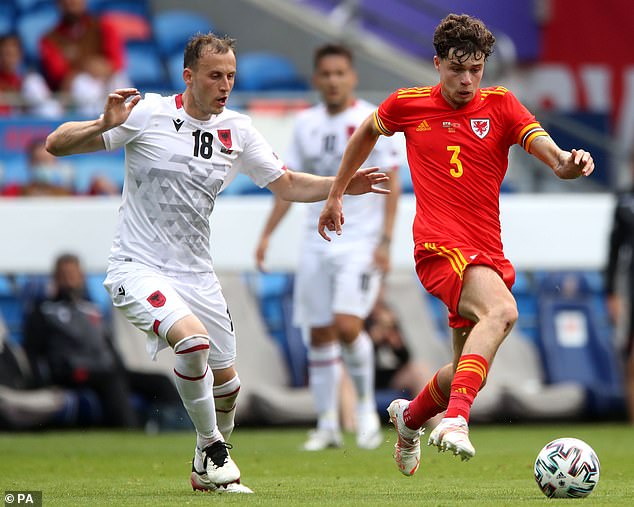 Ramsey was deployed in a false nine role with David Brooks and Tyler Roberts wide of him, but Albania stopped home attacks at source and were comfortable.

Albania, ranked 66 in the world and 49 places below Wales, had the best opening of a flat first period after 17 minutes.

Rey Menej shrugged off Mepham too easily for the Bournemouth defender’s liking but his rising effort did not test Hennessey.

Wales breathed a sigh of relief when Ampadu rose to his feet after a crunching collision and an altercation between Menej and David Brooks saw both players booked.

The crowd finally had something to get excited about six minutes before the break. 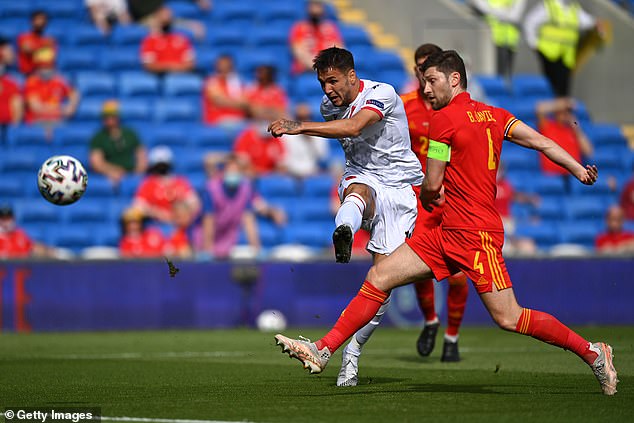 Tyler Roberts led a quick counter-attack break from an Albania corner and found Brooks on the left.

Brooks’ cross was just behind Ramsey and the Juventus player was unable to keep down his manufactured volley at the near post.

Page changed the system at half-time with Moore replacing Ampadu, and the introduction of the 6ft 5in Cardiff striker caused Albania more problems.

Moore won a header inside the first few seconds and Wales began to play the game in Albania territory, with Williams driving over from distance. 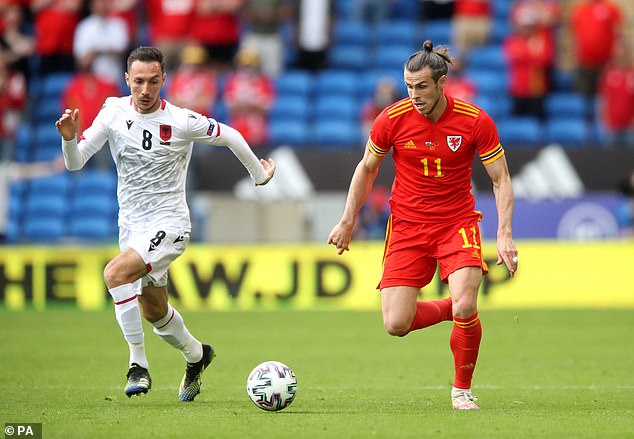 Rhys Norrington-Davies was booked for shoving Manaj into Albania manager Edoardo Reja, the 75-year-old veteran taking a touchline tumble to raise one of the biggest cheers of the day.

Harry Wilson scuffed wide and Bale was sent on for the final 19 minutes as Wales sensed a winner.

Bale’s arrival instantly produced panic in the Albania penalty area for Williams to sting the palms of goalkeeper Gentian Selmani with the game’s first goalbound attempt.

Moments later Moore tested Selmani again after being picked out by a delicious Bale cross, but Albania held firm in the closing stages before the Wales squad conducted a lap of honour for the fans.

Protesters in Venice demand cruise ships are banned from the city

Covid: What will you be able to do in Wales lockdown?

An emergence of new respiratory viruses means a 'pretty miserable winter' is ahead for the UK...