Wales’ Alun Wyn Jones is one game away from rugby greatness… just don’t say it in front of him!


‘He is a modern day hero,’ declares one great of another as Sir Gareth Edwards salutes Saturday’s totemic record-breaker Alun Wyn Jones.

The truth is the 35-year-old hates all this. He would rather we all forgot he was surpassing All Black legend Richie McCaw as the most capped rugby player of all time, by playing in his 149th international in Llanelli against Scotland in the Six Nations finale on Saturday, at least until he has actually done it.

On his strict instructions – and why would anyone argue – all the fanfare, presentations and garlands will be bestowed on the Wales captain after the match today, so desperate is he to avoid tempting fate, and more importantly losing a fifth Test in a row. 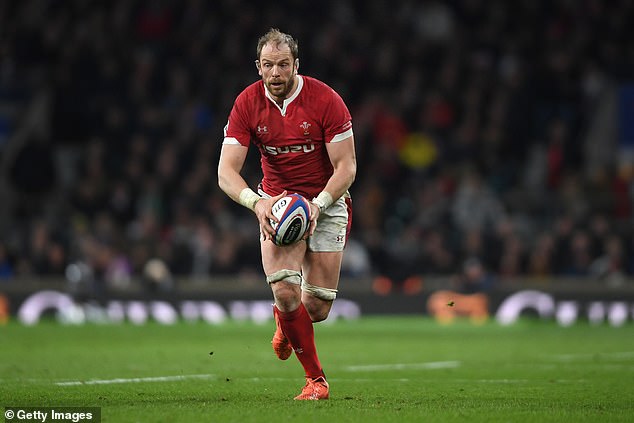 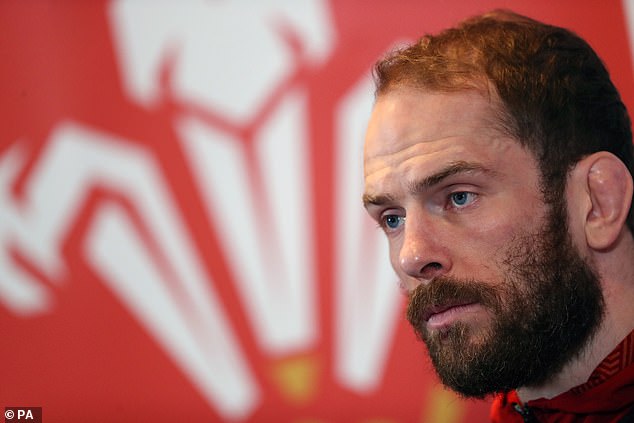 ‘I’m slightly uncomfortable,’ the lock laughs when asked about the uneasiness of the limelight.

‘I don’t particularly like it. It does feel like a side-show to be honest. Any romantic can definitely wait.’

Jones has had to avoid all this a lot recently. Last year he became the most capped Welshman, beating Gethin Jenkins, and tallied the most games by any from his country against various opponents weekly. 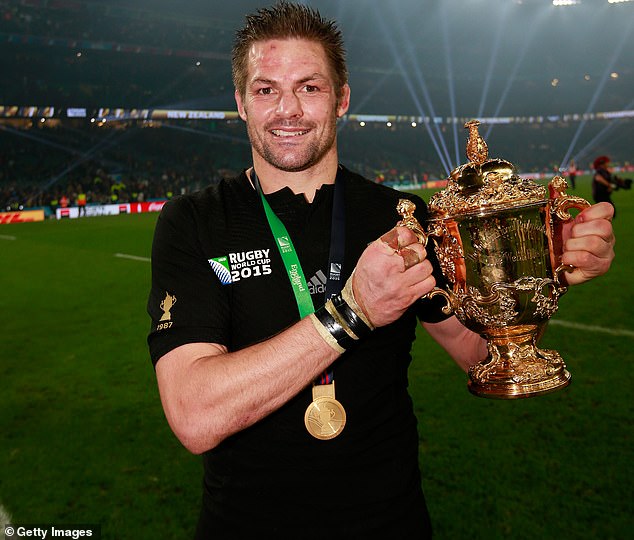 But today is the big one – after he which he stand alone atop rugby’s Mount Olympus. In 14 years the hair has thinned, brow furrowed further and his ears require significantly more tape, but his desire and bloody-minded will remains.

Sir Gareth – regarded as Wales’ best ever player – has seen hundreds play in red, but none quite like Alun Wyn.

‘You wonder how the hell he’s been able to do it!’ he exclusively tells Sportsmail. ‘Oh it’s incredible. A great credit to him for keeping the engine in tune. 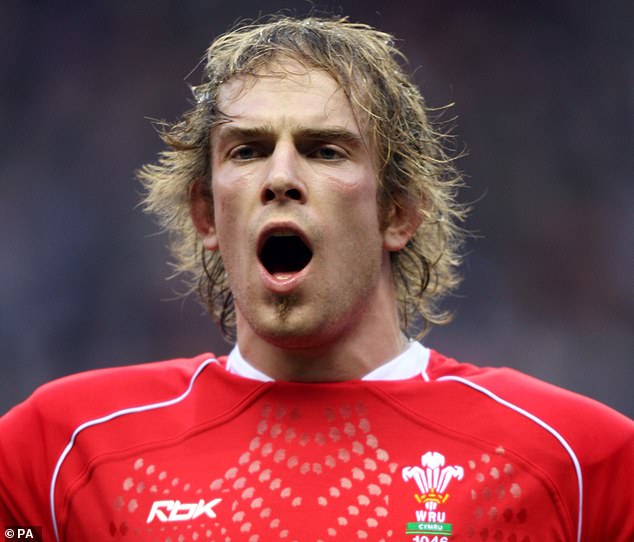 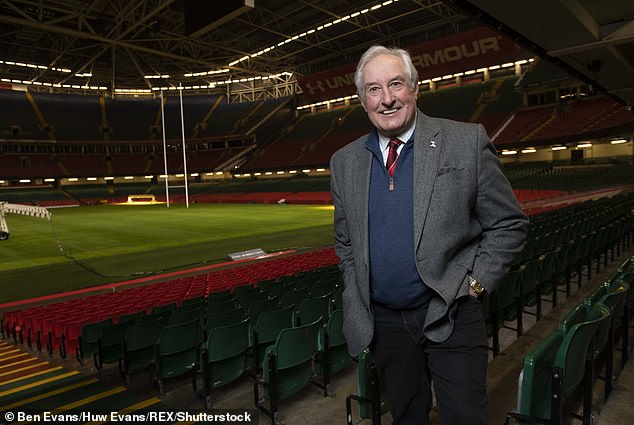 ‘We found it tough playing five games in a couple of months – how these guys get through it I don’t know!

‘He has been a great motivator and an outstanding envoy for Welsh rugby. He reminds me very much of Willie John McBride – that no-nonsense style.’

By now we know the stories – of him being so big as a kid coaches thought he was the referee, how he perfected the splits to gain flexibility, buying a house in Swansea with a pool for aqua-aerobic recovery – but Jones’ ability to manage a battered body has evolved, as his former Wales boss Warren Gatland explains.

‘He’s learned how to manage himself a lot better,’ said the New Zealander who coached him for 11 years. 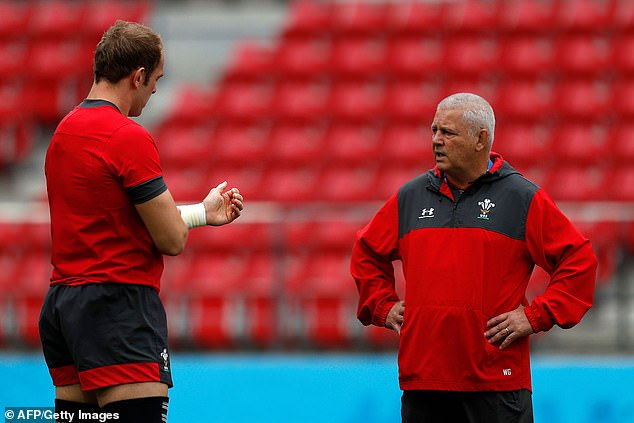 ‘Trying to get him to have a rest or a break, he didn’t always want to do that. It was a martyrdom thing.

‘There’s balance now since he got married and had children.’ Current coach Wayne Pivac echoes those sentiments.

‘Sessions are not optional for Alun Wyn,’ he says. ‘He’s religious in the way he goes about his business. He doesn’t falter. If there’s a change in weather conditions, if we’ve won or lost a game, nothing changes for Alyn Wyn. 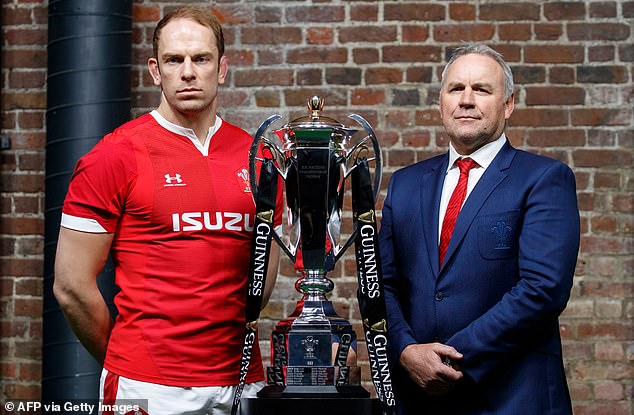 ‘I’ve seen a lot of good All Blacks come through the Auckland stables that I was involved with.

‘I can’t think of any player that has the same ability to go about his business on a daily basis like Alun Wyn, with so much longevity.’

It all started in Puerto Madryn, 14 years ago as a shaggy-haired 21-year-old won his first cap against Argentina.

‘You become part of something special with a simple blow of the whistle,’ reflects Jones on his debut. 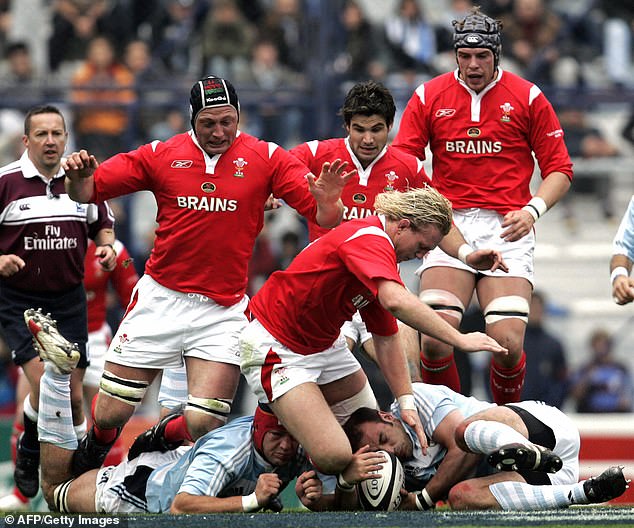 ‘Whether it was one or a few more, it’s still a great occasion for myself and my family.’ Family has been at the centre of it all for him. His father Tim, who tragically died in 2016, would have burst with pride today.

Mother Ann, who took first him to play rugby, wife Dr Anwen and daughters Mali and Efa, are unable to attend – but are firmly in Jones’ heart.

‘I’ve been very fortunate to have my mum, my sister and my dad – when he was around – and then my wife and the girls,’ he says.

‘They’ve kept me grounded these last few years as they are maturing faster than ever!

‘When I do finish my family will still be there and the game will move on. I’m all too aware of that.’ But for now, how far can Jones push the bar? 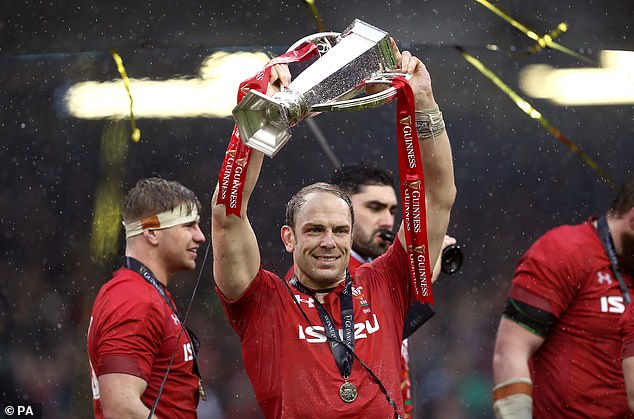 ‘I’m not sure how many more fixtures they can pile into a season, so it might well stay for a long time – eternity maybe?’ says Edwards Gatland might select him for a fourth Lions tour next year – a 10th Test for them would eclipse everyone in the professional era.

‘Lock is a position with a huge amount of depth so that’s going be a challenge.

‘It’s important he has a good Six Nations – he’ll know that – but if he does end up in South Africa it would be an incredible feat.’ And a fifth World Cup after that, at 38? 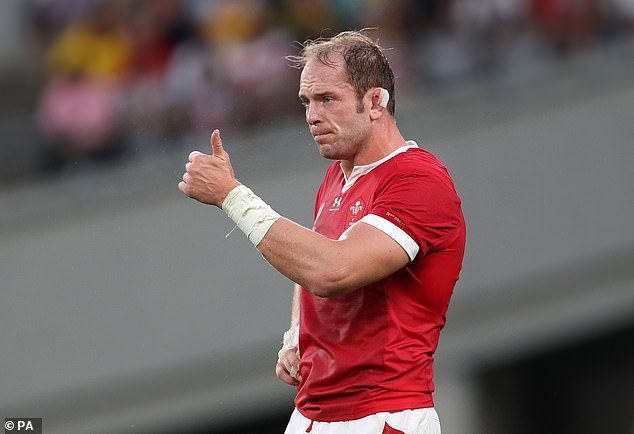 ‘There is no reason why not, should he stay injury free,’ says Pivac. ‘Alun Wyn could be one where you throw away the birth certificate and you just look at what he’s doing on a daily basis.

‘At the moment, he’s first on the team-sheet.’ Before his debut Jones noted it was ‘sink or swim time’.

‘I think I’m still treading water if I’m honest,’ he says with a smile when reminded of that now. I’ll continue to do so for a while.’

Whatever he has been doing a nation will stand by its sofas today to hail their hero.