War in Ukraine: Enough cheering from the stands | Opinion 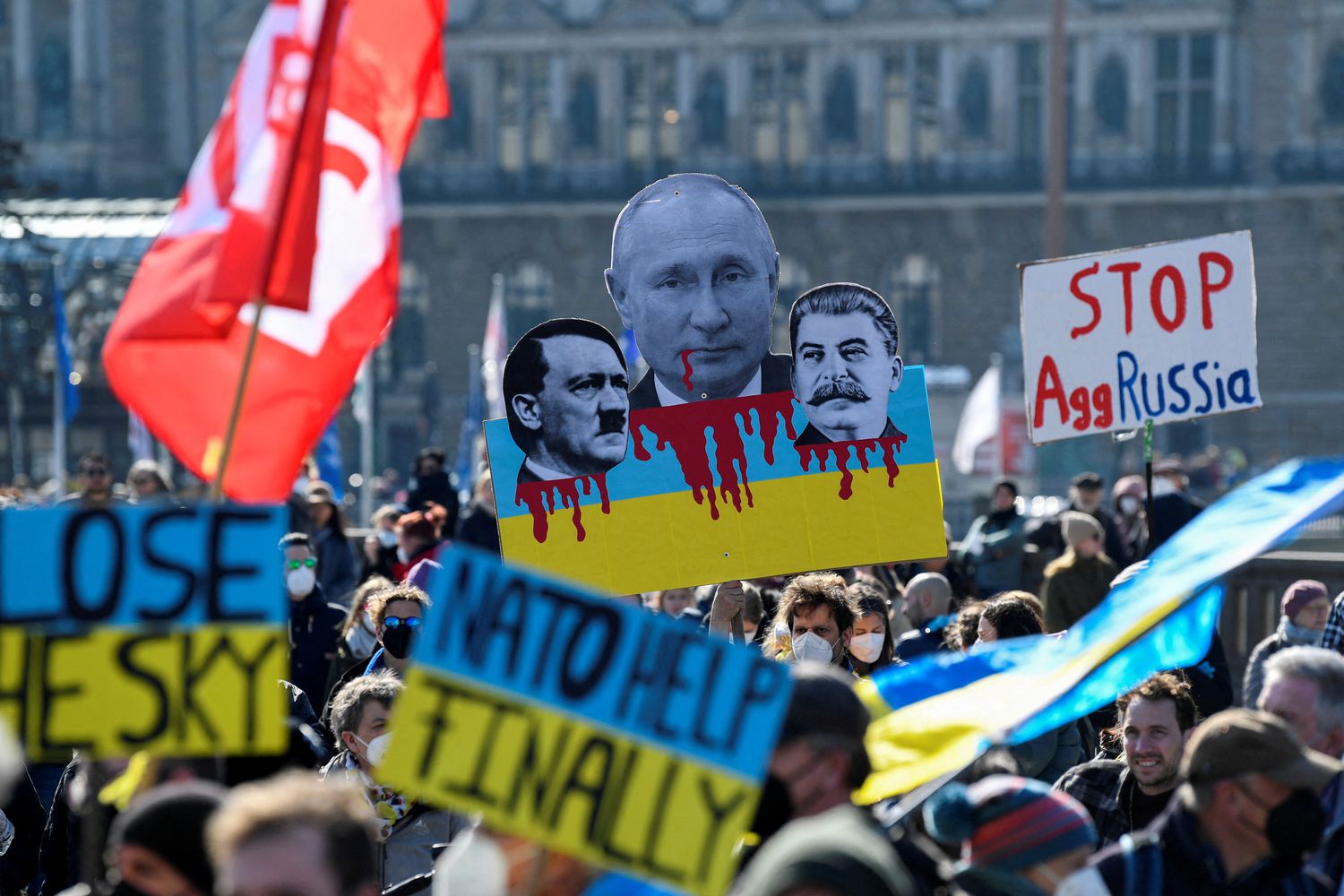 Ukraine’s President Volodymyr Zelensky knows how to strike a chord with us. He invoked Winston Churchill to the British, Pearl Harbor to the Americans, and reminded the Germans that they once made a promise: “Never again.”

However, it did not move Olaf Scholz. The German chancellor decided not to attend Zelensky’s speech to the Bundestag. After his radical political turn on the Nord Stream 2 pipeline, increased defense spending and arms deliveries to Ukraine, he did not want to be lectured by a rock star politician. I like Scholz. Russia’s attack on Ukraine requires some strategic thinking and cold-bloodedness on the part of the West, rather than the cheering that is taking place in the media and on social media right now.

It is not for us to advise Zelensky on what to do on the ground, and when to reach an agreement. Rather, what we in the West should do is be clearer about what we can do. For example, we cannot speed up his country’s application for membership in the European Union. It is really dangerous to put this carrot before the Ukrainians at a time like this. France has been blocking the accession of North Macedonia and Albania. It is not possible for the EU to speed up Ukraine’s accession without speeding up the others. Several rounds of EU enlargement, without corresponding deepening, have left the EU in an unbalanced position. Advocacy for EU enlargement has been and remains loudest among UK journalists and academics. But they don’t seem to realize that Brexit really changed the enlargement debate. Also keep in mind that if the EU were to become a defense union, wouldn’t we risk a direct conflict with Moscow over Ukraine another time?

Another carrot that we are putting in front of the Ukrainians is weapons. Most of the German weapons that were promised never arrived. Future arms deliveries are going to be more difficult because NATO does not want to confront the Russian military directly. Sergei Lavrov, the Russian foreign minister, has claimed that Western arms convoys are a legitimate target in the war. It is to be expected that the supply of arms to Ukraine will eventually run out.

One of the sticks that the Ukrainians are threatening us with is the repeated claim that once Putin takes Ukraine, we will be next. I understand why he wants to spread that story. But it is not true. Putin’s radius of horror is limited to the non-NATO Russian sphere: Ukraine, Georgia, maybe Moldova. NATO’s response to this war has surprised him. NATO is going to commit an overwhelming number of troops and weapons to its eastern front. An invasion of a NATO country would be too risky even for a man who calculates the risks he runs.

However, Putin can win the war in Ukraine because he has the deadliest weapons and is willing to attack civilians. Once Western arms supplies end, the odds in this war will once again be in Russia’s favor. Time is on Putin’s side.

You can also count on our short attention span. The British tabloids are already beginning to lose interest. The media and Twitter are once again obsessed with Boris Johnson’s blunders and other serious matters of state. Will we still see images of Ukraine at the top of the news four weeks from now? In four months? Is it possible that Putin will wait until we are distracted before unloading his deadliest weapons? The West cared little for the cluster bombs in Aleppo, Syria.

Europe can and must make a credible promise that we will take in millions of Ukrainian refugees. But our ability to help Ukraine win the war is limited. This is what we must tell Zelensky. Enough of cheering from the stands.

Wolfgang Munchau you are director of www. eurointelligence. with
Translation of News Clips

The Xokas acknowledges that he used a secondary account to insult his ‘haters’, but he is not the first: Kevin Durant has already been hunted

The Xokas acknowledges that he used a secondary account to insult his 'haters', but he is not the first: Kevin Durant has already been hunted