War in Ukraine, last minute live | Blinken warns, before the NATO meeting: “If the conflict comes to us, we are prepared” | International 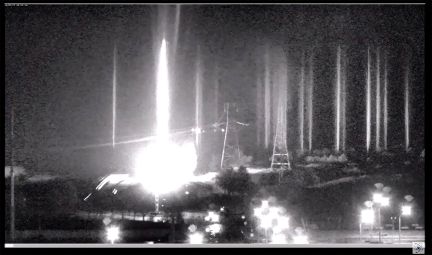 The ninth day of the Russian invasion in Ukraine has begun with the attack on the Zaporizhia nuclear power plant, which has caused a fire that has already been put out by firefighters. The complex is under control of Russian troops.

Attack and fire in the largest nuclear power plant in Europe. Russian troops have attacked the Zaporizhia nuclear power plant, the largest on the European continent, this morning and have caused a fire that has already been extinguished. According to the Ukrainian authorities, there are no casualties or damage to “essential equipment”, although the Russian military force has taken over the complex.

Johnson warns that the attack on the plant is “a direct threat to the security of Europe.” The British Prime Minister, Boris Johnson, warned this morning, after a telephone call with the President of Ukraine, Volodímir Zelenski, that the fire caused by a Russian attack on the Zaporizhia nuclear power plant “directly threatens the security of all of Europe” .

Zelensky accuses Russia of “wanting to repeat Chernobyl”. The president of Ukraine, Volodymyr Zelensky, has accused Russia of “wanting to repeat Chernobyl” after the attack on the Zaporizhia nuclear power plant. “We alert everyone to the fact that no other country except Russia has fired on nuclear power plants. This terrorist state is now resorting to nuclear terrorism,” he warned.

Airbnb suspends operations in Russia. The Airbnb hosting service has announced the suspension of its operations in Russia, according to a message on social networks from its co-founder, Brian Chesky. The US company will also stop offering its services in Belarus, whose authorities have aligned themselves with the government of Vladimir Putin.

France denounces a cyber attack against several European satellites. The French military have denounced that a cyberattack, directed against a satellite network serving Europe, has affected “tens of thousands of terminals for civilian use.” France suspects hackers linked to Russia.

In the image, the fire at the Zaporizhia nuclear power plant. (AFP)

Is the border wall that Trump built vulnerable?

NBA: The incredible video of the New York dump compared to Stephen Curry

NBA: The incredible video of the New York dump compared to Stephen Curry