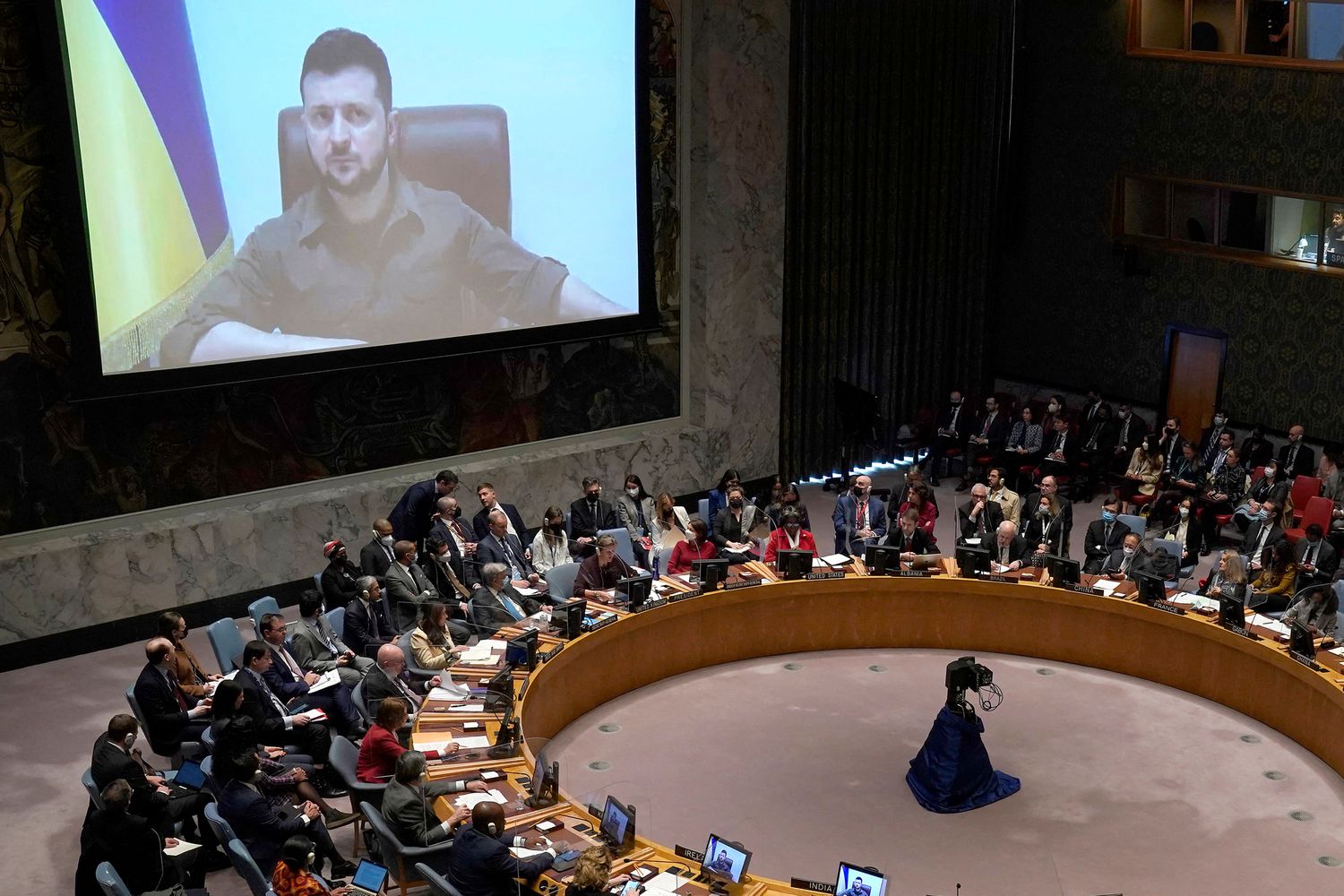 Gernika rhymes with Mariupol. Verdun with kyiv. The Jews exterminated by Hitler with the Ukrainians assassinated by Putin. The Berlin wall with the Russian invasion. The Great Famine suffered by Ireland in the 19th century with famine now being used as a weapon of war against Ukraine. And also the fight for civil rights in the United States with the fight for the independence and territorial integrity of Ukraine.

Neither history repeats itself nor its rhymes are always exact or to everyone’s taste. But the president of Ukraine, Volodymyr Zelensky, knows how to successfully seek them before the parliaments of democratic countries to explain the cause of Ukraine’s freedom, ask for Putin’s isolation and obtain more military aid to fight the invader.

Before the Security Council, he asked about the usefulness of the United Nations, the organization that has the preservation of peace and the elimination of war inscribed in its Charter, but counts as its highest body the country that has attacked Ukraine and exhausted the entire catalog of war crimes against peace and humanity that a country can perpetrate. With the aggravating circumstance of his right of veto, turned into carte blanche for genocide, which allows him to block any resolution and even mock the victims by attributing the crimes he is committing to them.

Almost 20 years ago, the United States representative on the Security Council, Republican John Bolton, stated that “the United Nations does not exist. There is only the international community, which must be led by the only remaining superpower, which is the United States.” Previously, his boss, President George W. Bush, had already declared that the international organization would become irrelevant if he did not approve the resolution authorizing the invasion of Iraq to find and eliminate weapons of mass destruction that did not exist. In support of such a proposal, Secretary of State Colin Powell was forced to stage an embarrassing misrepresentation based on false evidence about the facilities where Saddam Hussein stored such weapons.

“Are you ready to close down the UN? Do you think that the time of international law has passed? If your answer is no, then you must act immediately,” Zelensky told the Security Council. In a cynical and amplified echo of Powell’s lies of 19 years ago, Russia’s ambassador, Vasily Nebenzya, called evidence of his military’s criminal behavior staged.

Nothing is the same between that war, Bush’s, and the current one, Putin’s, but the rhyme is tragic and profoundly significant. And the light projected by that attempt to subvert the international order by the neocons of the White House on the current destruction of Ukrainian cities, the massacres perpetrated by the Russian army among the civilian population and, above all, the Russian attempt to replace international order and law with the law of the jungle and the empire of the force.

NBA: The Bulls don’t beat the good guys even by ‘signing’ Obama

NBA: The Bulls don't beat the good guys even by 'signing' Obama