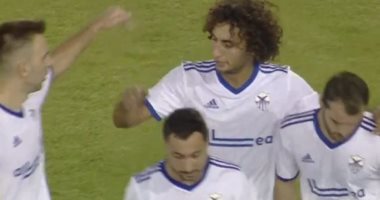 Egyptian international Amr Warda scored two goals in his first appearance in the shirt of his new team, Anorthosis, after joining him in the current summer transfer period, during the confrontation with his counterpart Carmiotissa, in the friendly match that brought them together on Friday evening, and ended in favor of the Egyptian player and his companions with a score of 5-1 .

Warda participated as a substitute with Anorthosis of Cyprus at the beginning of the second half of the match, where he scored the second and third goals in the 64th and 76th minutes of the match.

The Cypriot club Anorthosis presented its new player, the Egyptian playmaker Amr Warda, coming from the Greek PAOK, and the player is wearing the number 74.

Anorthosis secured his place in the group stage of the European Conference League, the newly inaugurated tournament, after eliminating Hapoel Beersheba from the qualifiers.

The Anorthosis team was drawn in the second group of the tournament, along with the Belgian Gent, the Serbian Partizan and the Estonian Flora.

Warda was excluded from the accounts of PAOK coach Razvan Lucescu after a dispute between them.