warn of coyote hoaxes after announcement of end of Title 42 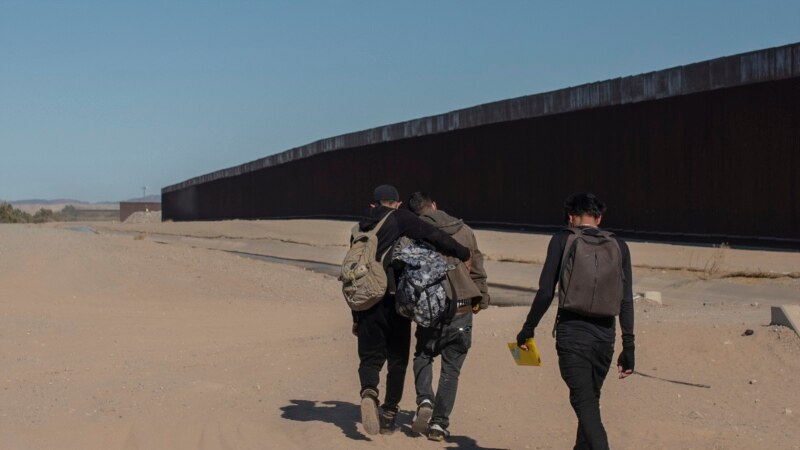 The US announcement that will repeal what is known as Title 42 May 23 has given rise to human traffickers sharing misleading messages in communities, US immigration authorities warned.

“Do not be fooled. American borders are not open, and we continue to enforce immigration law,” she told the voice of america Luis Miranda, deputy commissioner of the Office of Customs and Border Protection of the United States (CBP for its acronym in English).

As of May 23, the US will stop making use of Title 42, which authorized the immediate expulsion of undocumented migrants due to the pandemic.

Under US law, people have the right to seek protection because they have suffered or fear persecution based on their race, religion, nationality, political opinion, or membership in a particular social group.

However, Miranda warns that coyotes or smugglers show false promises in advertisements and announcements where they affirm that they “guarantee entry” to people.

“What they do is extort them, sometimes sell them and swindle them”, the commissioner assured.

Coyotes, Miranda added, lie to people about the asylum process in the US “It’s not that you can’t ask for asylum, but asking for it and getting it are two different things,” he said.

Deportation is not ruled out under the law, since instead of Title 42, Title 8 will govern, under which people are quickly put into “removal proceedings, of deportation, when they cannot establish a legal basis to remain in the United States. USA,” Miranda explained.

“Anyone who does not have the authority to enter legally will be put into removal proceedings,” he warned.

The commissioner argued that there are high risks for people who venture to make the journey overland to the United States.

“In 2021 (…) we made 12,000 rescues of people who were in very dangerous situations, whether they were drowning in rivers or had fallen from the wall and had severe injuries,” he said.

Title 42 was implemented by the previous administration of President Donald Trump and de facto closed the border for asylum seekers and migrants.

Thousands of migrants remain stranded across the border with Mexico due to the Title 42 provision, which was criticized by human rights organizations that accused the administration of using the pretext of the pandemic to close the border.

the american government expect a tide of immigrants as soon as Title 42 is lifted and the Executive is working on multiple contingency plans to deal with this situation, the authorities reported.

The Department of Homeland Security, in charge of immigration affairs, announced that it has put in place a strategy to handle any increase in the number of migrants found at the border.

Watch- The goalkeepers' nightmare... Do not think about making a mistake in front of Benzema because the punishment is coming | Football