Swimmers are being told to stay out of the water after an increase in shark numbers off Victoria’s Surf Coast.

The decaying animal has been attracting large numbers of sharks to the waters along the stretch of coast between Fairhaven Beach and Moggs Creek.

Life Saving Victoria has closed the beach and a dangerous animal warning was issued by VIC Emergency. 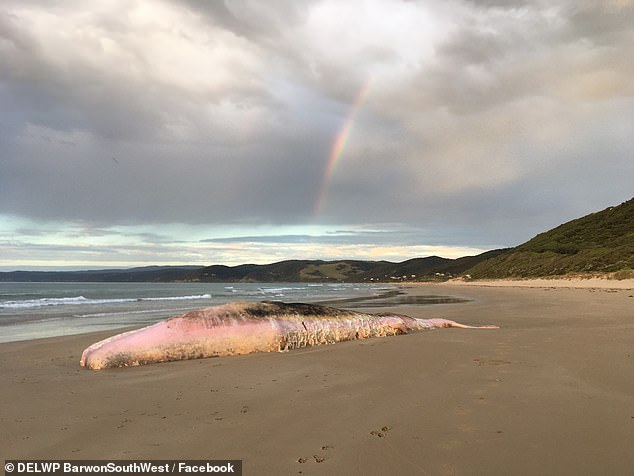 ‘Due to a large whale carcass there has been an increase in shark activity reported at Fairhaven today,’ the advice read.

‘A whale carcass can attract sharks to the area and mean they are closer to the shore than normal.

‘While it is not uncommon for sharks to be present off the Victorian coast, you should exercise additional caution in the area.’

Aerial photos show as many as 17 sharks circling the carcass before it washed ashore on Tuesday morning. 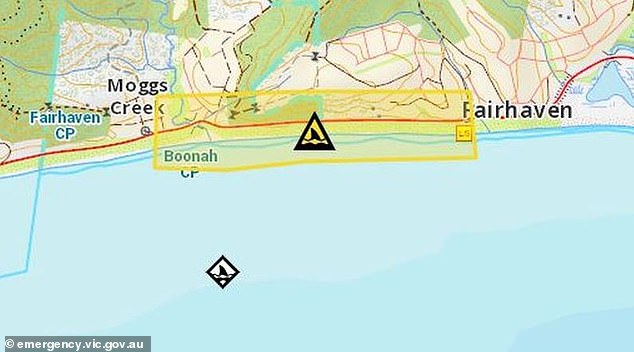 Crews from the Department of Environment, Land, Water & Planning are working to remove the carcass from the beach.

‘The removal of the 18-metre sperm whale could take a couple of days and beach access will be restricted at times to ensure the task can be completed safely,’ the department said.

‘We ask the community to keep their distance, as heavy machinery will be on the beach while the carcass is removed.’

The warning comes two days after two swimmers had a close encounter with another shark near Lorne Pier on Sunday morning.’

John Mantesso, 66, was swimming with Declan Murphy when a shark came within metres of them, reported the Herald Sun. 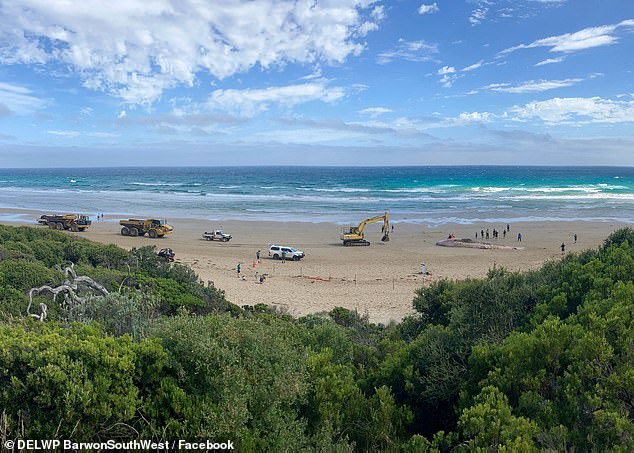 Crews from the Department of Environment, Land, Water & Planning are working to remove the carcass from the beach

Germany records 27,728 new infections and 952 deaths from the Corona virus

Sunderland: Who is Kyril Louis-Dreyfus, the 22-year-old billionaire linked with Black Cats takeover?

Did Binance Really Add 75 Trillion Shiba Inu Coin? If So, Why Is Shiba Price Still Stagnant? Is Shiba Inu Dead? 2021

According to rumors, Binance, the top cryptocurrency Exchange has bought the ‘dip’ by purchasing 75 trillion...