Have you seen ‘Jessie’? Warning ‘cancer scammer’ is posing as a charity worker and knocking on doors asking for donations 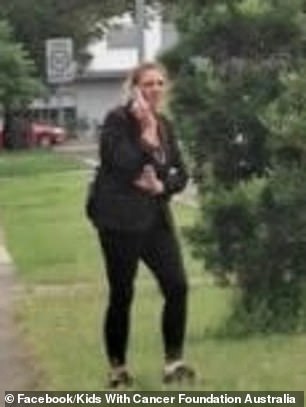 A children’s cancer charity has issued an urgent warning about an alleged bogus collector door-knocking residents for donations across Sydney.

In January, officers from the Liverpool City Police Area Command commenced an investigation after the Kids With Cancer Foundation Australia alerted the public about the matter.

A woman named ‘Jessie’ was allegedly claiming to collect donations on behalf of the foundation in the city’s west and south-west.

A desperate hunt is now on to track down the woman with the public urged to keep an eye out.

‘We once again advise all our supporters to be aware of a woman stealing by promoting herself representing Kids with Cancer Foundation,’ the charity posted on social media.

‘She was door knocking in Merrylands this week and uses the name Jessie, she carries a made up photo ID with our logo.’

‘Don’t give her any money, we have never used door knockers, anywhere nor at any time.’

The charity added the woman was also spotted in Casula, Mount Pritchard and Pendle Hill. 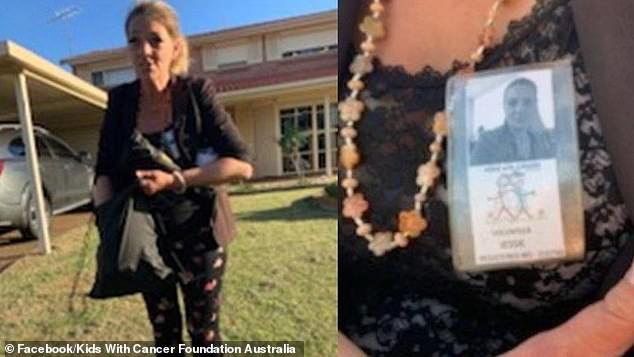 Kids With Cancer Foundation Australia alerted the public about the woman

She knocked on our door last week, Guildford west,’ one person said.

‘She was in Pendle Hill door knocking (on Tuesday) night,’ another wrote.

The foundation added the woman had been reported to police but investigations were hampered by a time lag from when they were notified.

The foundation has supported children with cancer for more than two decades by providing financial assistance to children’s hospitals which has funded ward refurbishment, salaries, capital works projects and research.

‘It’s going into somebody’s pocket, so it’s not going to help the kids in any way, shape or form,’ he told 10NewsFirst.

In January 2021, officers from Liverpool City Police Area Command commenced an investigation after reports a woman had attended homes in Casula, collecting money.

The woman is described as of Caucasian appearance, aged in her 40s to 50s, 170cm tall, of slim build and with blonde hair.

Anyone with information is urged to contact local police or Crime Stoppers on 1800 333 000.

How to celebrate the Lunar New Year with kids

We Answer Your Nintendo Questions! – NVC 536

Emails, texts from debt collectors? More repayment reminders could be coming under a new rule