Barnaby Joyce has returned as Nationals leader after leaving to raise a baby with his younger staffer.

Deputy Prime Minister Michael McCormack faced another leadership challenge with a spill motion in the Nationals party room on Monday.

Mr Joyce stepped down as Nationals leader and deputy prime minister in February  2018 when details of his relationship with former press secretary to ex-Treasurer Peter Costello, Vikki Campion, made national headlines.

Nationals MP Michelle Landry on Monday said female voters and women from within the party wouldn’t accept Mr Joyce returning to Cabinet and the office of Mr McCormack.

‘I think that if he became leader again there would be women out there that would be unhappy with that,’ Ms Landry told news.com.au. 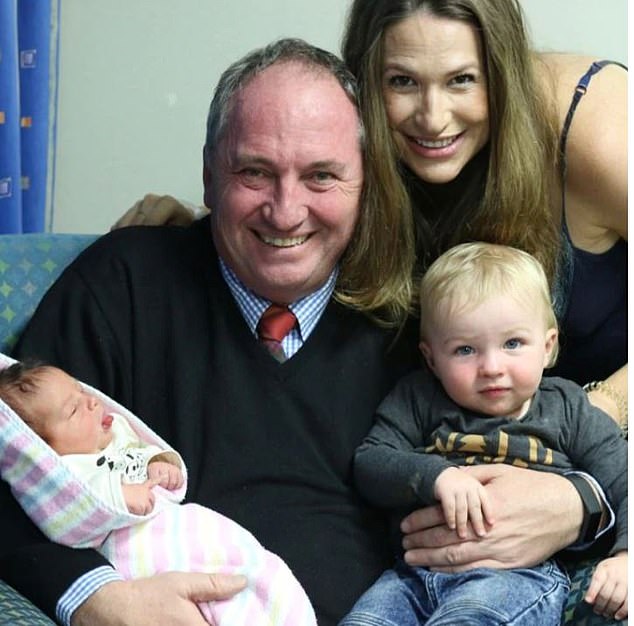 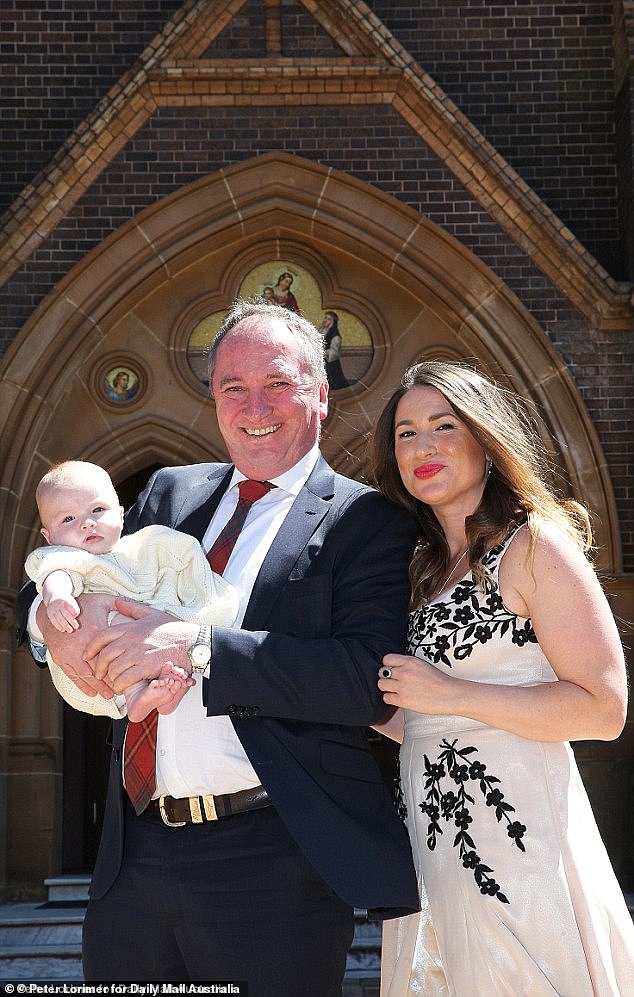 Barnaby Joyce could be unpopular with female voters and party members if he returned to office, a Nationals MP has warned. Pictured with former staffer Vikki Campion and their baby 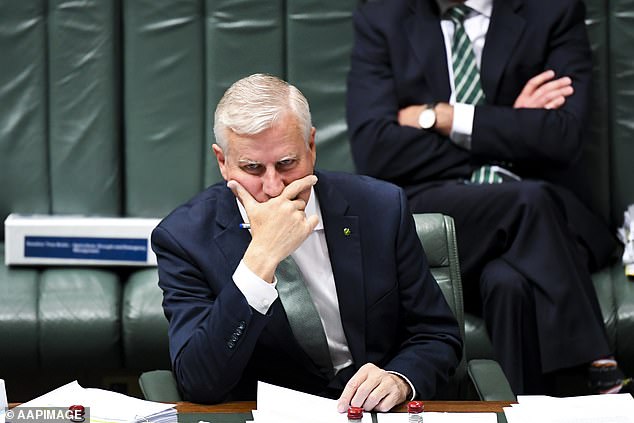 ‘It’s destabilising for everybody. Look, obviously there was a lot of feedback last time. I think he would have to tread carefully if he became leader again because there were women that weren’t happy.

‘There were women out there who made accusations, none of that was ever proven but I do know there’s women who would not be happy.’

Nationals senator Matt Canavan cast doubt over whether Mr Joyce would be successful in his bid to return.

‘I think the Nationals are suffering an identity crisis because Michael has failed to map out a clear alternate vision,’ he told The Australian.

‘Barnaby is someone who has done that in the past and could in the future. (But) I don’t think the numbers are there for him.’

A Liberal MP said it would be ‘disastrous’ for the Prime Minister’s climate change plans if Mr Joyce were to become the Nationals leader again.

‘Barnaby doesn’t care about getting us to a position on the ­environment which is sensible. He will turn the issue into a vote loser for us,’ the MP said.

Mr Joyce has downplayed the prospects of challenging for the Nationals leadership, but has not ruled out running for the leadership if a spill is called but has said he does not think that is likely. 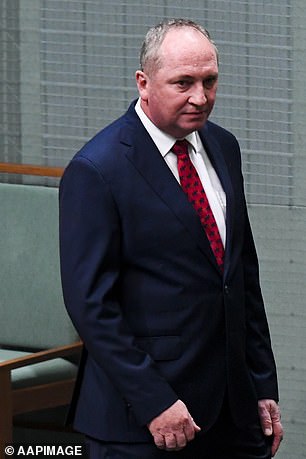 ‘I’ve read articles this weekend which are so far ahead of the show they’re entertaining but they’re just not correct,’ he told Network Seven.

‘There is no prospect of a spill at this point in time.’

Any challenger would need to secure at least 11 votes from the 21-strong team of Nationals sitting in the federal parliament.

Mr McCormack said rebels in the ranks would need to ‘blow me out’ because he would not be standing aside.

‘I will absolutely run,’ he told The Australian Financial Review.

Mr McCormack made similar comments to The Australian and Nine newspapers.

‘People aren’t dissatisfied with what I’m doing as deputy prime minister, they want my job,’ he told Nine.

‘If they do bring on a spill and lose they should be thinking of their own futures.’

Asked if Mr McCormack was doing a good job Mr Joyce said, ‘He is doing the best job he can’.

‘He is a good bloke and has been working as hard as he can.’

But it did result in Agriculture Minster David Littleproud – seen as a future leader – becoming the Nationals deputy leader. 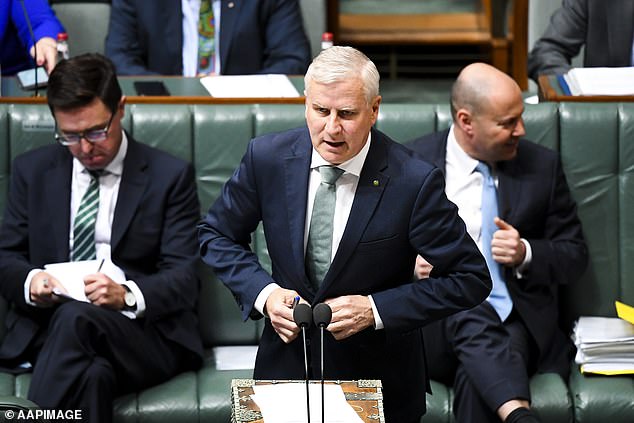 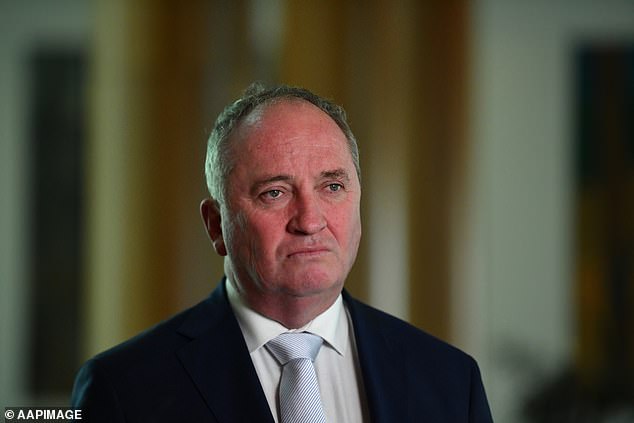 Mr Joyce has downplayed the prospects of challenging for the Nationals leadership, but has not ruled out running for the leadership if a spill is called but has said he does not think that is likely

On the policy front, some colleagues consider Mr McCormack as weak in pushing back against stronger climate action and a failure in claiming credit for infrastructure spending.

‘Michael McCormack is doing a very good job for our country, for regional Australia, in difficult circumstances.’

Prime Minister Scott Morrison threw his support behind Mr McCormack during a radio interview on Monday.