Apple CEO Tim Cook, Warren Buffett, Diane Von Furstenberg and husband Barry Diller were among those spotted arriving for day two of the Sun Valley ‘billionaire’s summer camp’ where the estimated wealth of attendees surpasses $700 billion, or the equivalent of the GDP of Saudi Arabia.

Big names and moguls in tech, business, film and media have been descending on Sun Valley, a tiny resort town in rural Idaho, for the annual five-day conference put on by Allen & Company.

Buffett, the 90-year-old CEO of Berkshire Hathaway, was spotted on Wednesday being escorted to the conference in a golf cart.

Belgian fashion designer Diane Von Furstenberg, 74, and her IAC chairman husband Barry Diller, 79, strolled in together for one of the conference’s morning sessions. 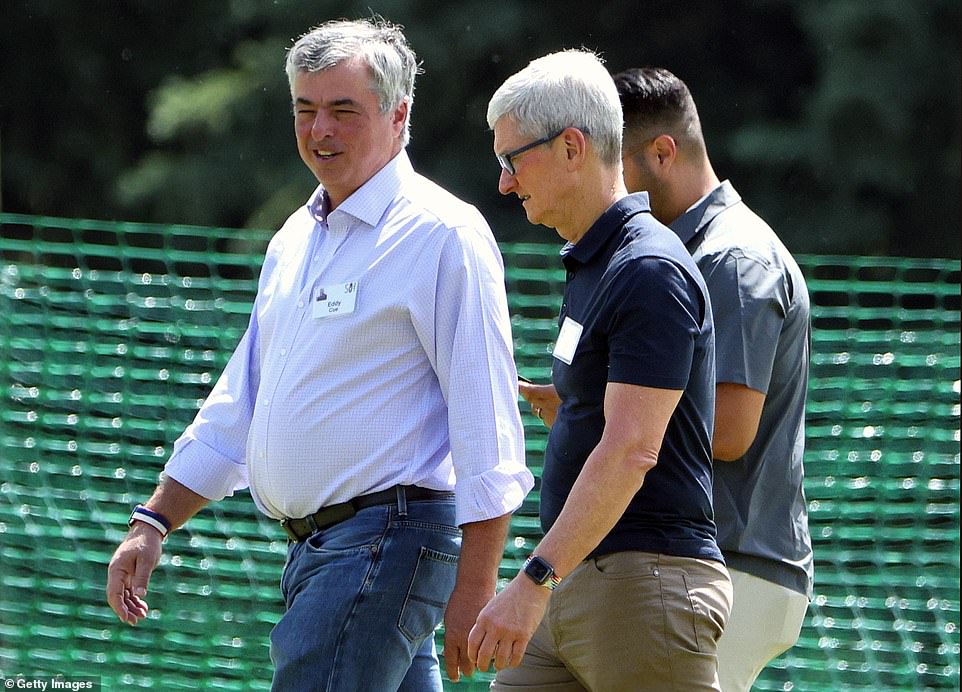 Apple CEO Tim Cook made his appearance on day two of the elite annual Sun Valley conference, which brings together some of the world’s richest people from across a wide variety of industries. He is seen speaking with Eddy Cue, Apple’s senior vice president of internet software and services 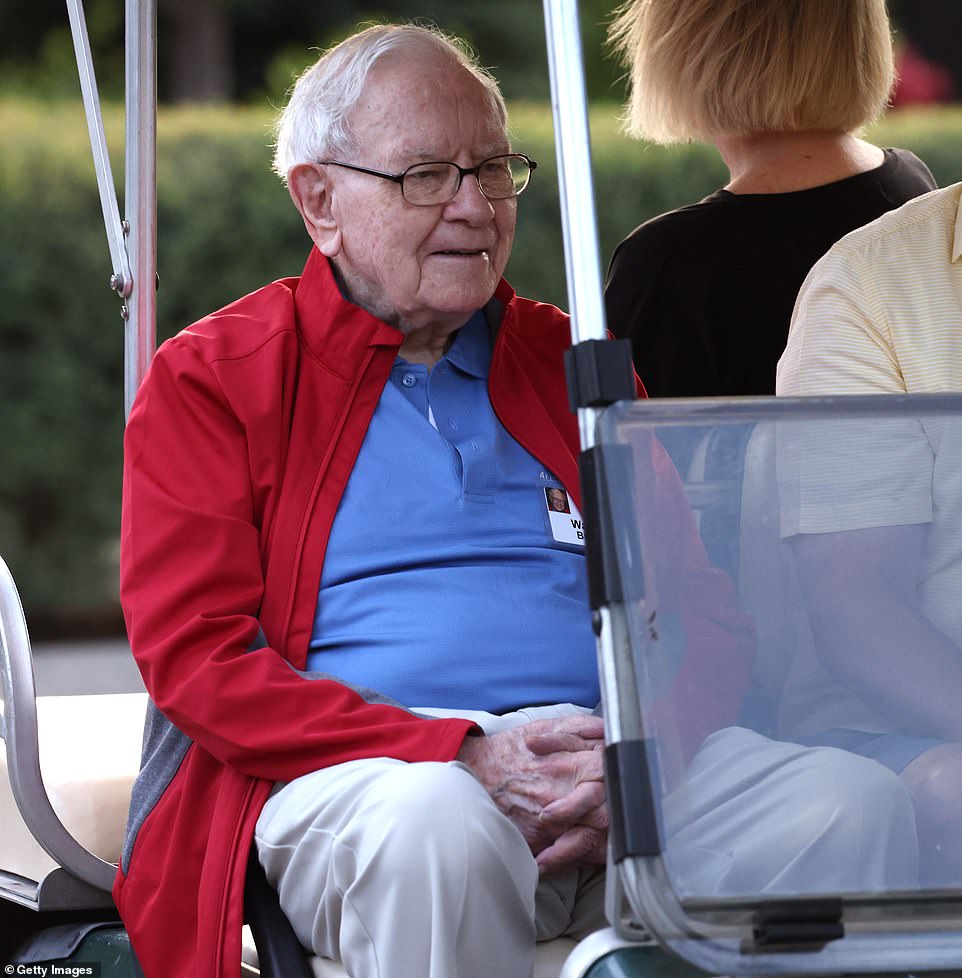 Warren Buffett, the 90-year-old CEO of Berkshire Hathaway, was spotted on Wednesday being escorted to the conference in a golf cart 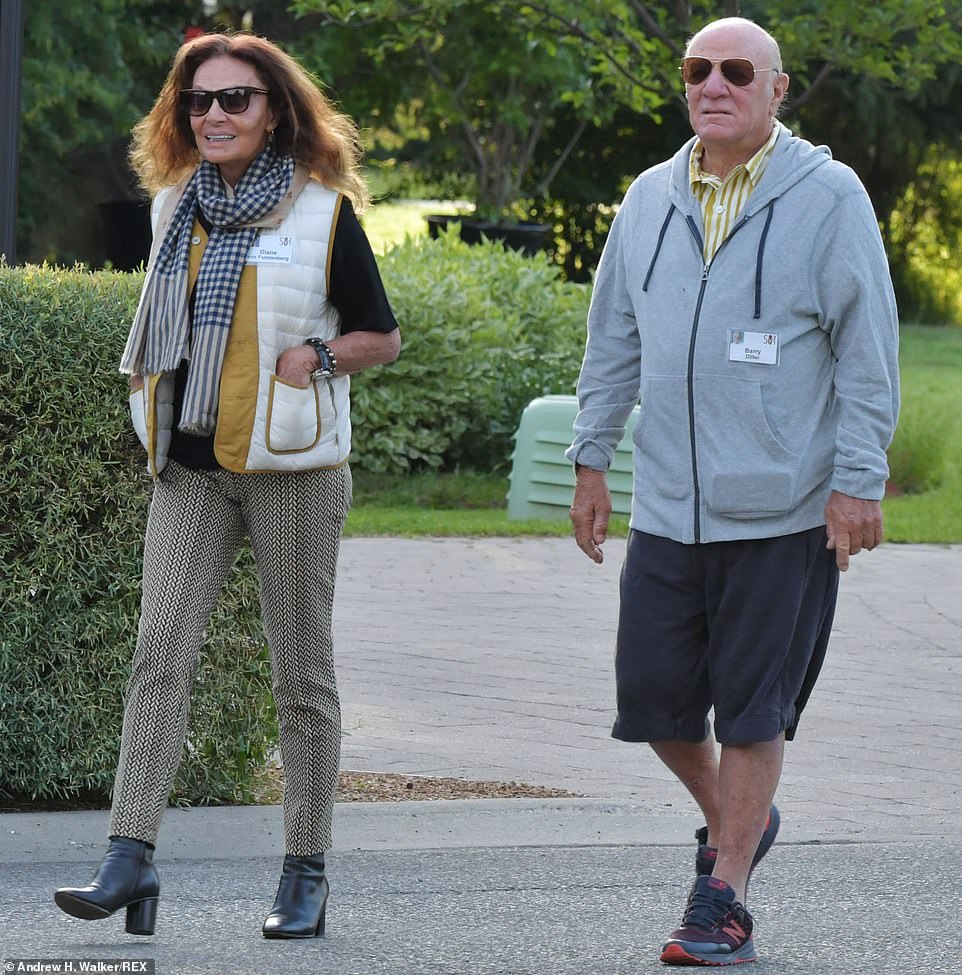 Belgian fashion designer Diane Von Furstenberg, 74, and her IAC chairman husband Barry Diller, 79, strolled in together for one of the conference’s morning sessions 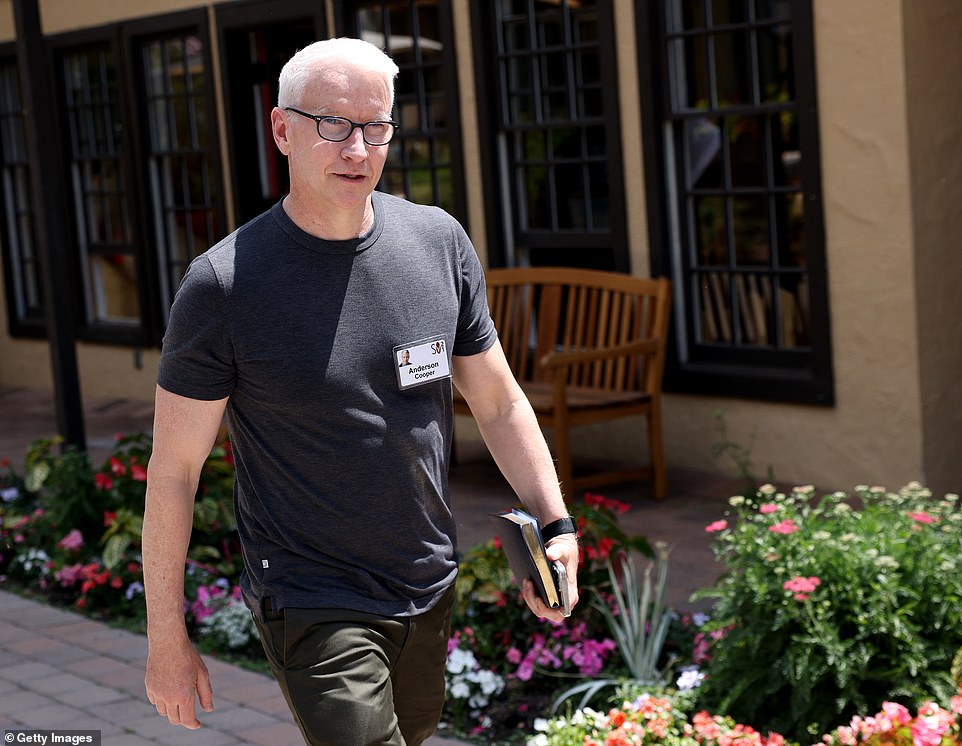 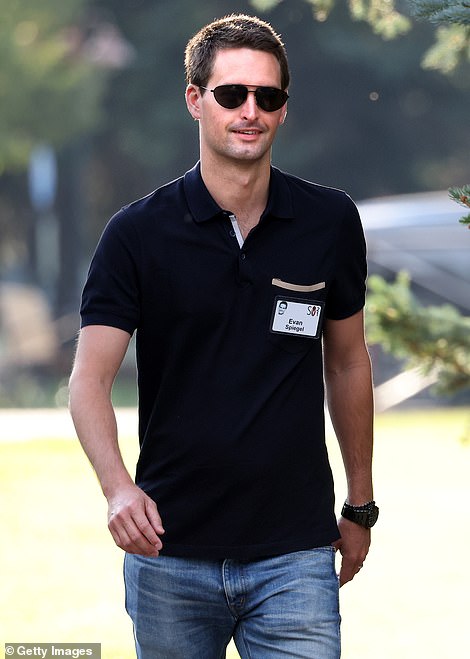 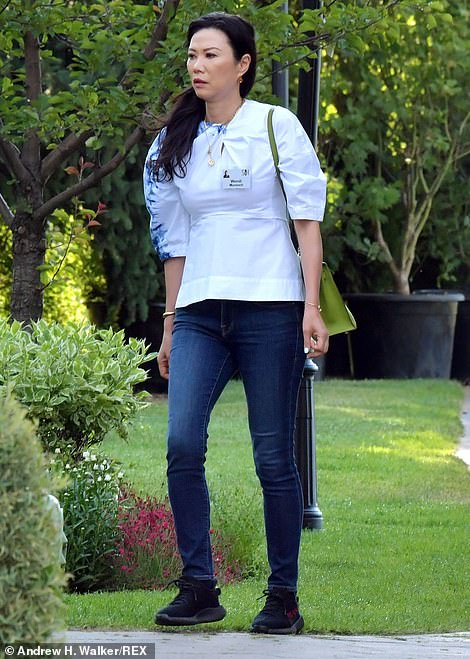 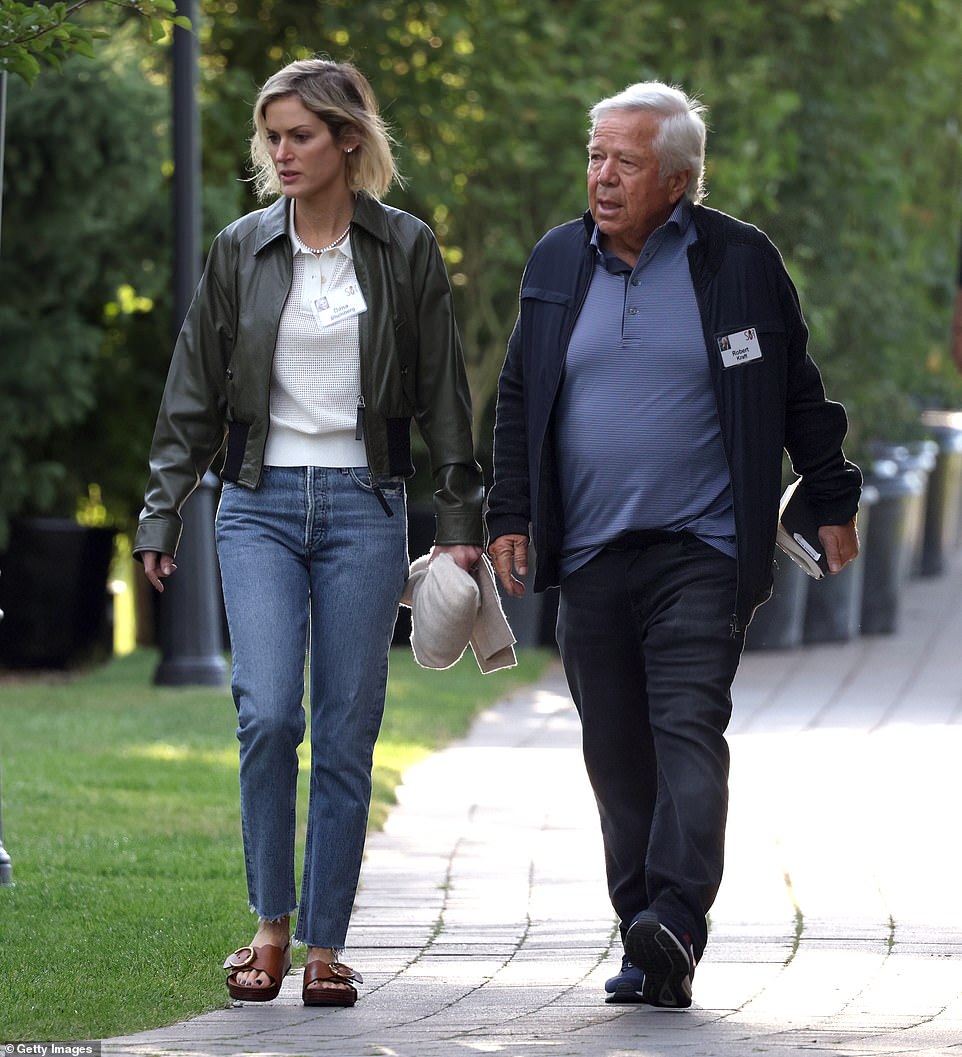 Others who are rumored to be attending include Amazon’s Jeff Bezos, his successor Andy Jassy, Facebook’s Mark Zuckerberg and Microsoft’s Bill Gates.

A jet belonging to Bezos was spotted arriving at the airport but the billionaire has not yet been spotted publicly.

An estimate based on the latest available figures puts the total wealth of those known to be in attendance and those rumored to be attending at more than $700 billion, which is the GDP of Saudi Arabia.

The elite gathering, which brings together top names from various industries each year, was canceled last year due to COVID-19.

This year, the event – running from July 6 to 10 –  includes strict COVID measures, including proof of vaccination, onsite testing and outside meetings to minimize any potential spread.

Over the holiday weekend, private jets belonging to attendees began arriving and taking up space on the tarmac at Friedman Memorial Airport in Hailey as they parked up for the week. 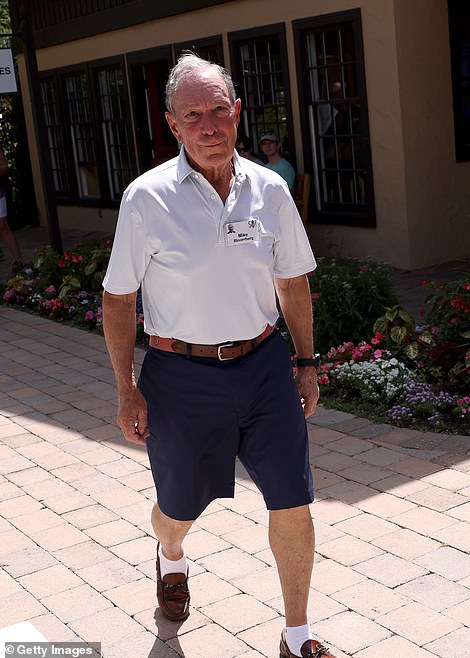 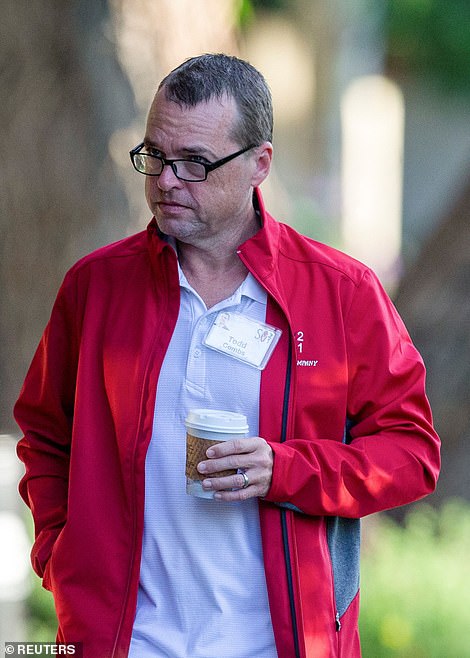 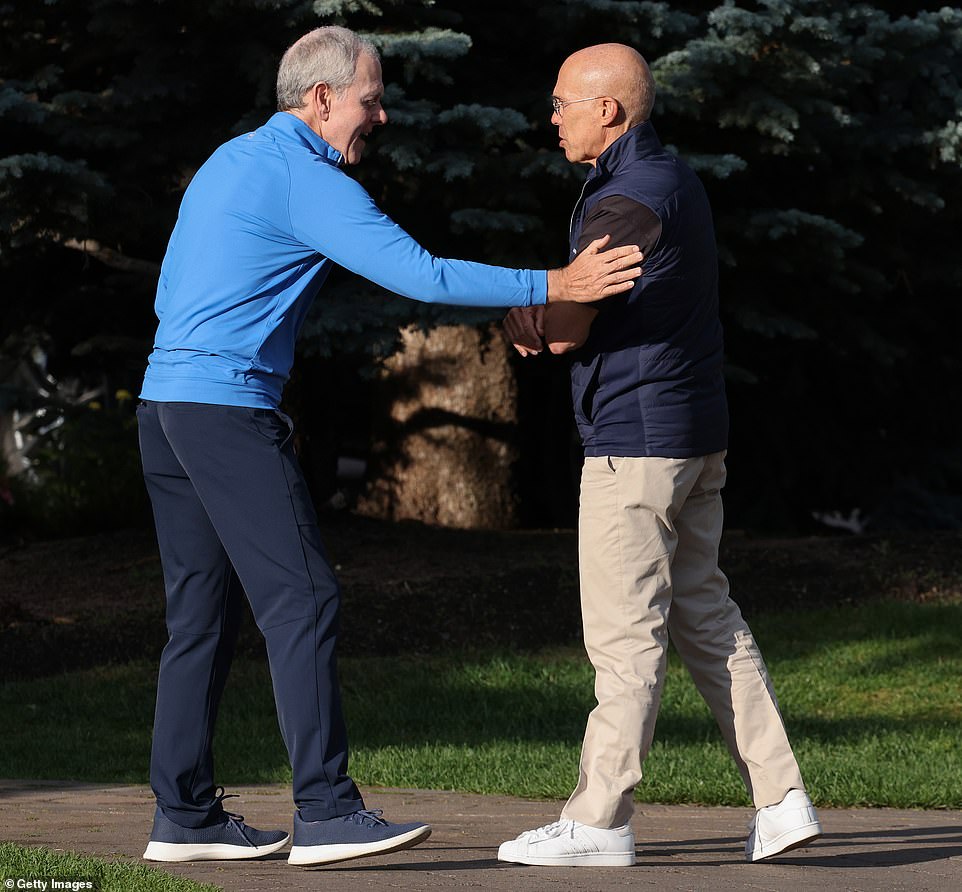 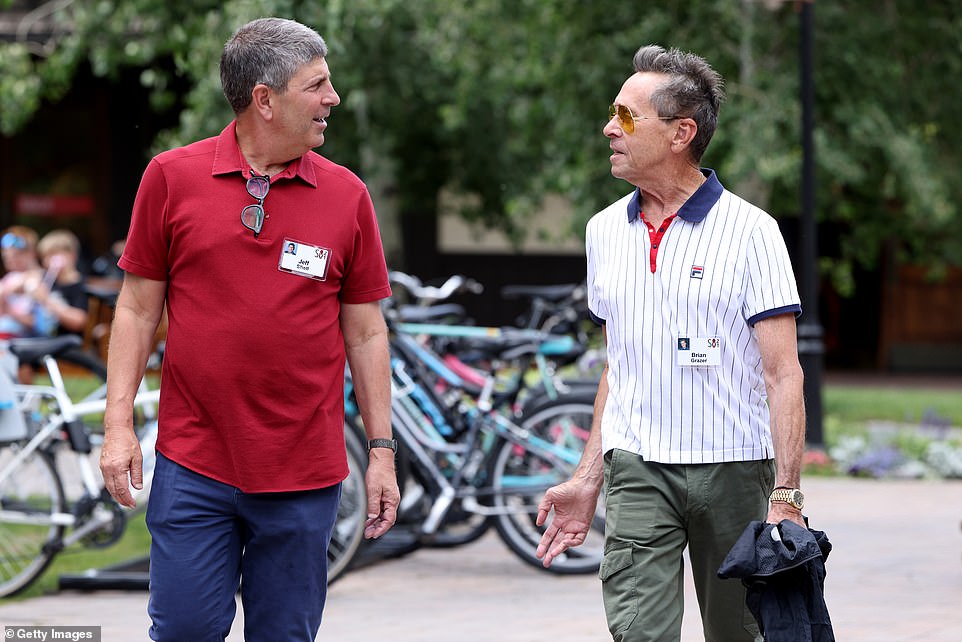 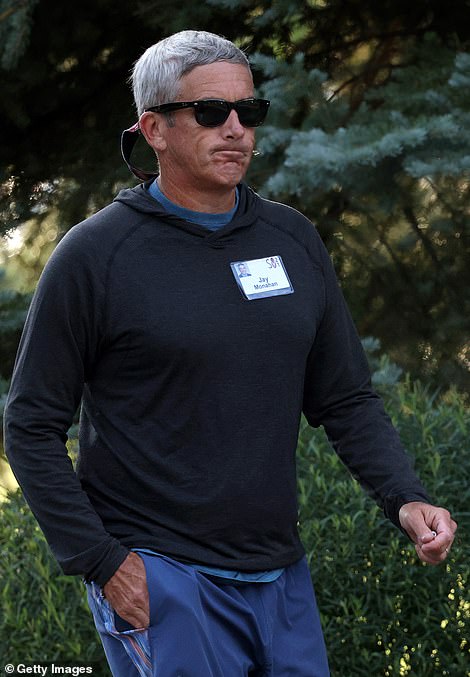 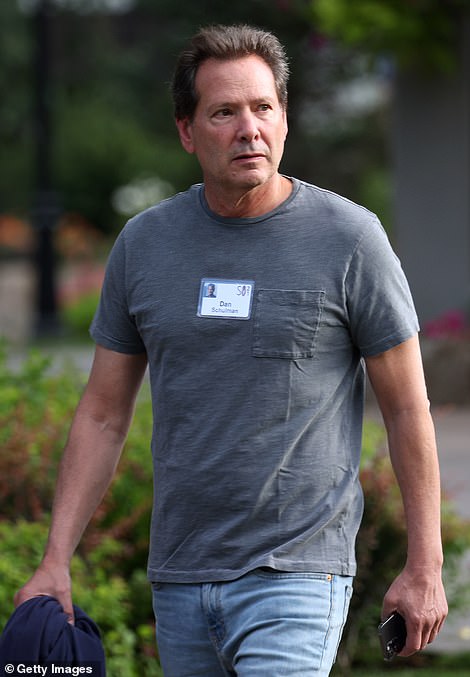 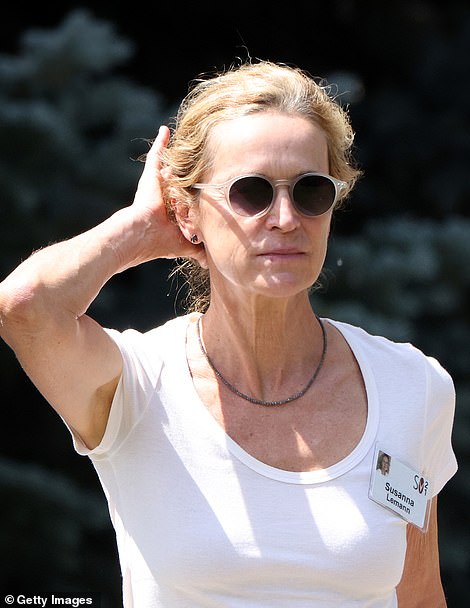 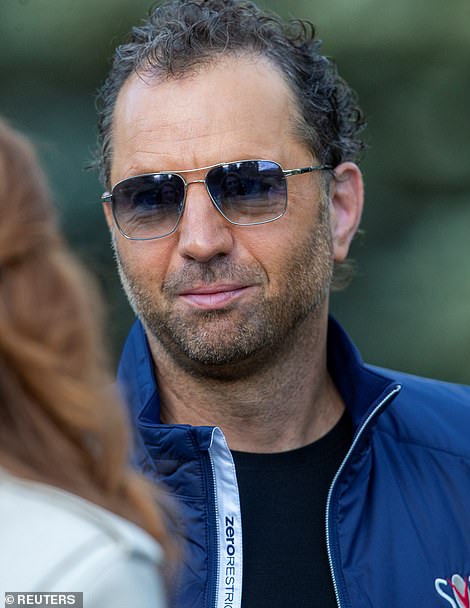 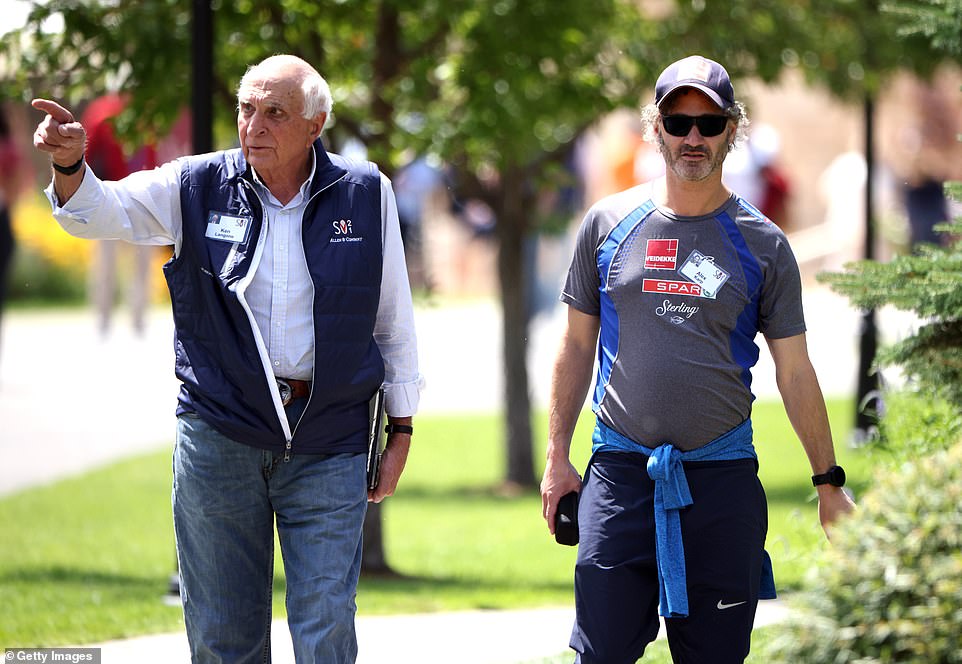 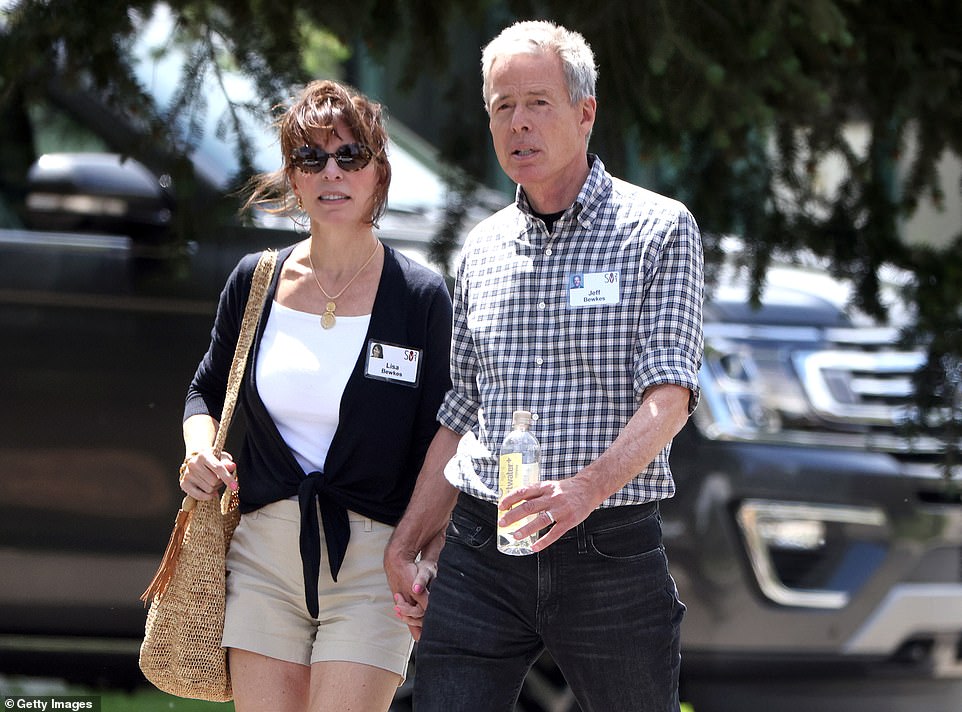 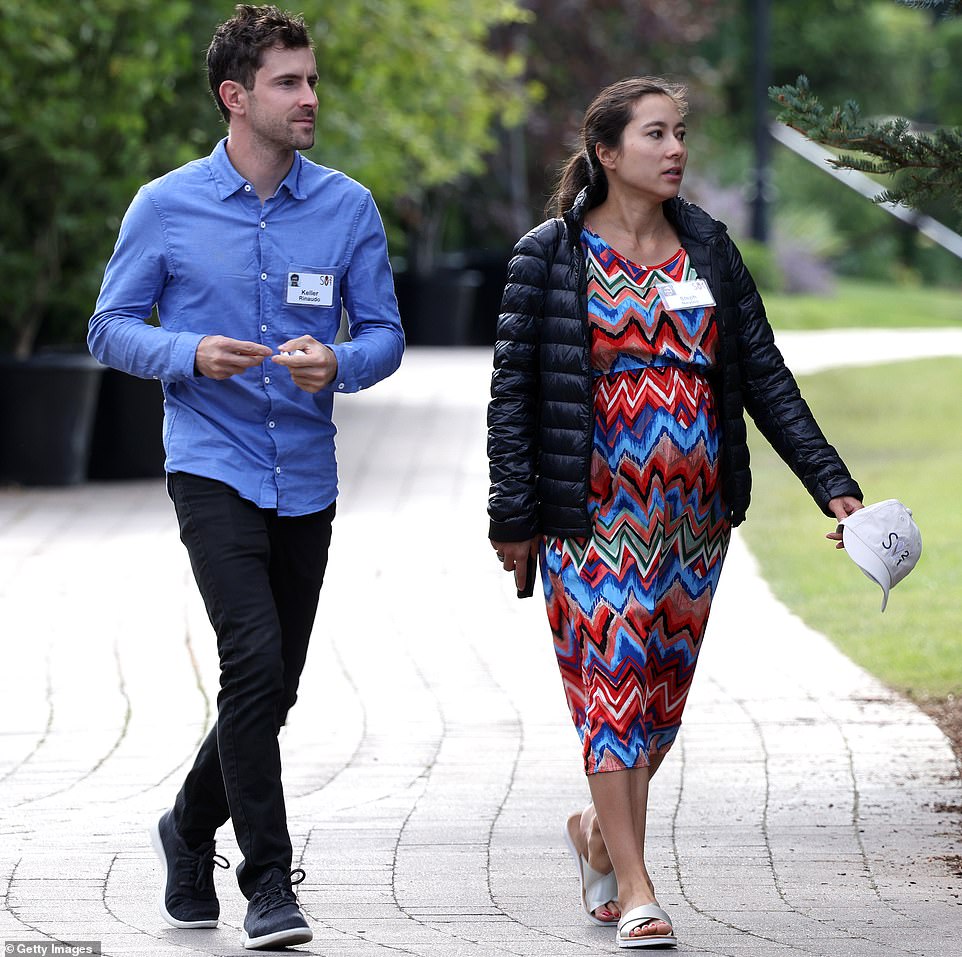 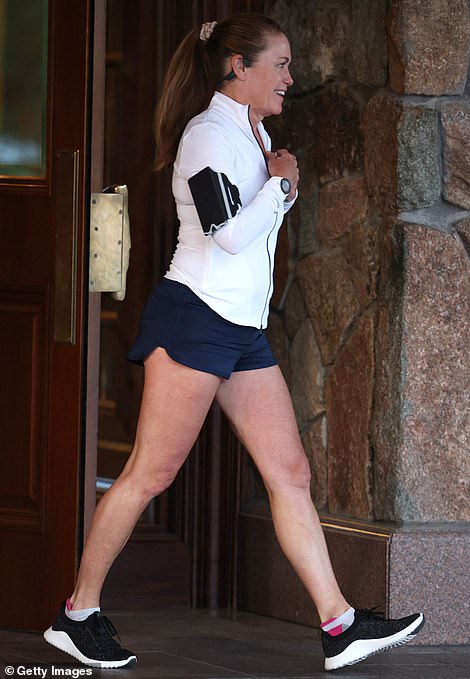 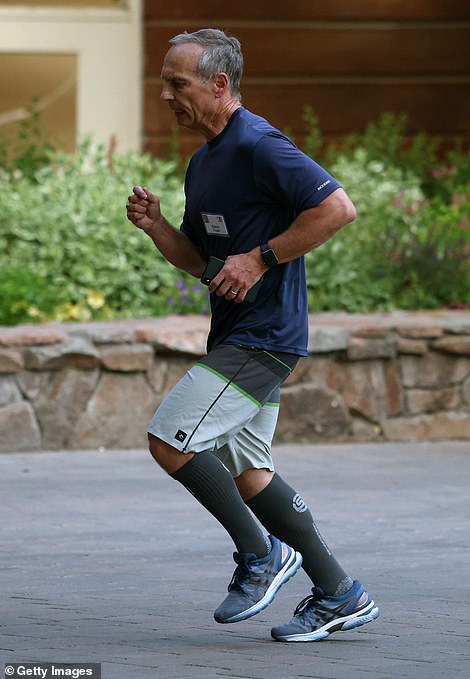 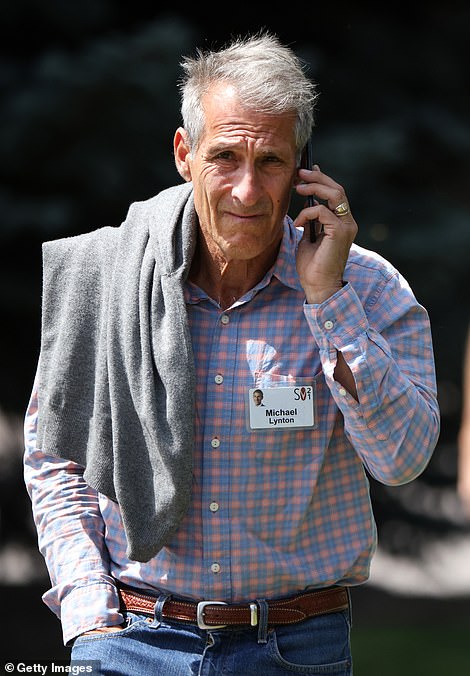 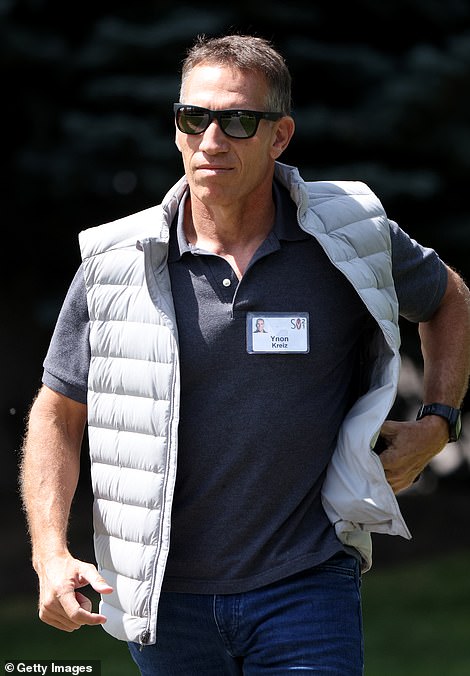 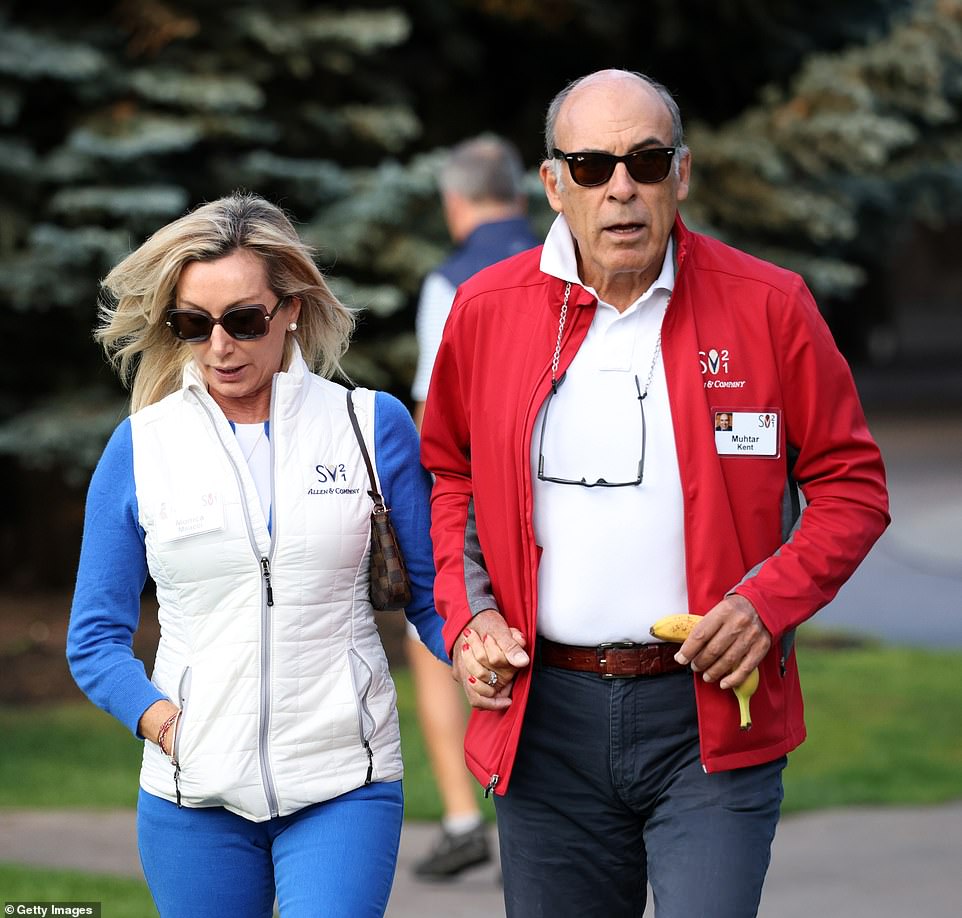 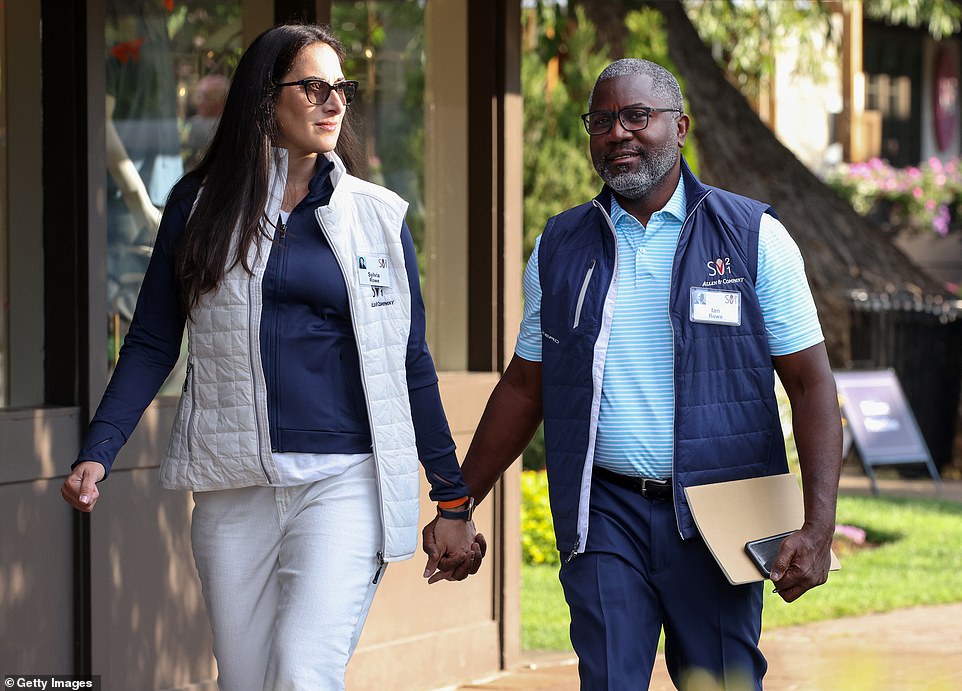 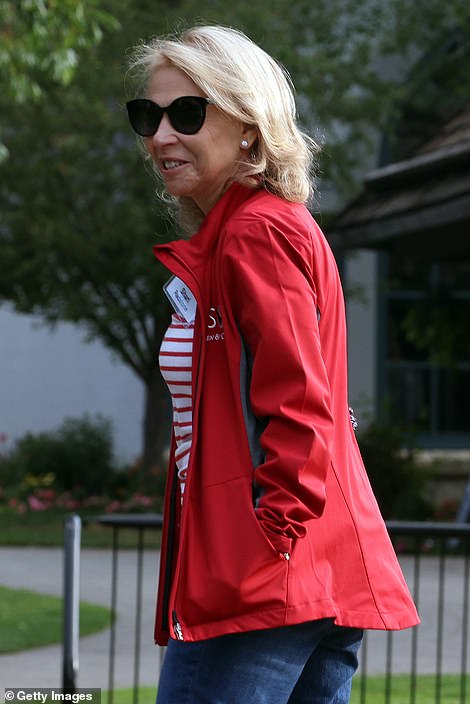 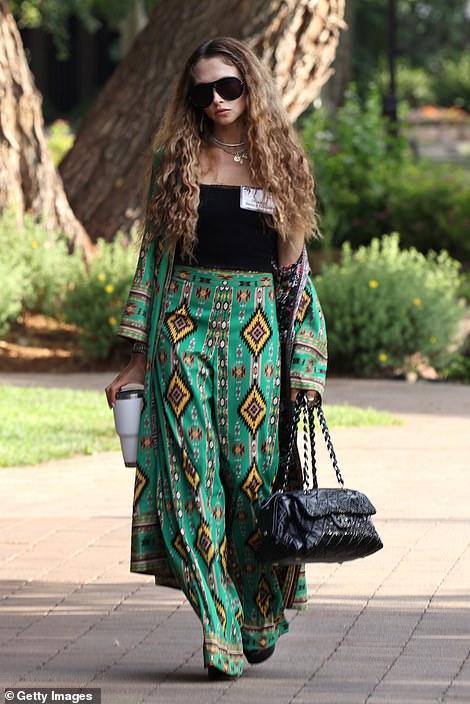 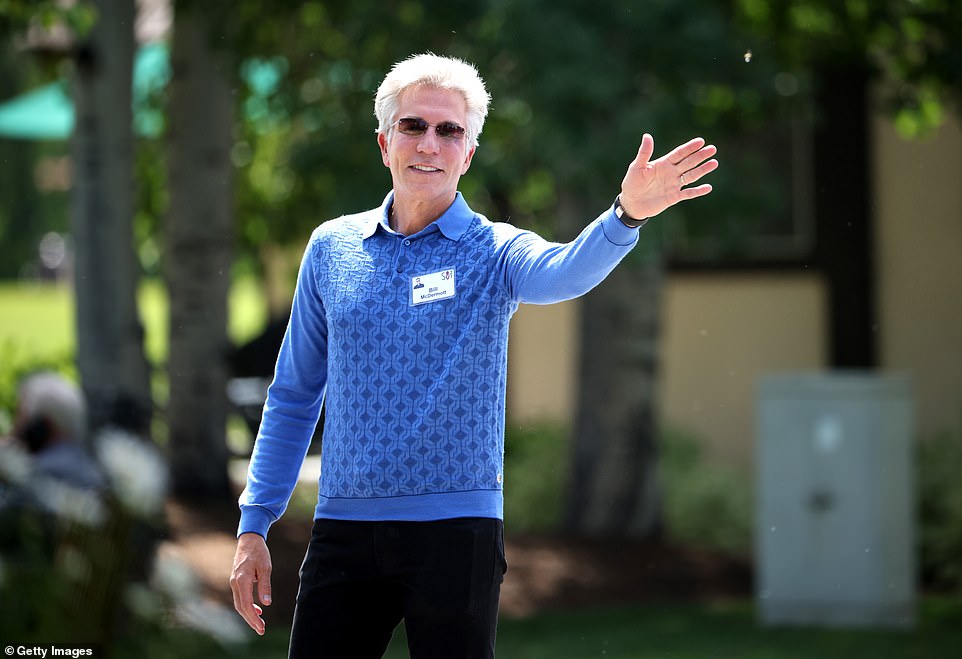 From there, guests were chauffeured the 15 miles to the lodge at the edge of Idaho’s Sawtooth National Forest in a tiny town of just 1,500.

The event is where major business deals have been made in the past.

Discovery’s David Zaslav has already teased some potential business deals, saying that more might follow after the announcement in May of its $43billion merger deal with AT&T’s entertainment arm WarnerMedia.

‘We’re not done yet,’ he told the New York Post as he entered the conference, saying he’ll continue to search for more viable mergers once the deal is closed in eight months.

‘There’s a lot of assets out there that have good IP that will probably get new homes.’ 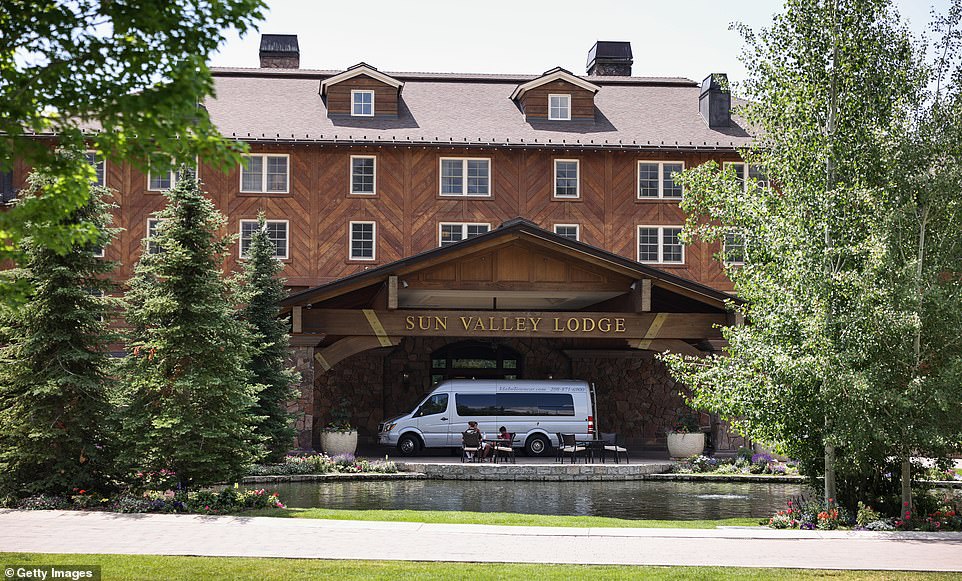 The Sun Valley Resort is seen ahead of the Allen & Company Sun Valley Conference After a year hiatus due to the CVOID-19 pandemic the world’s most wealthy and powerful businesspeople from the media, finance, and technology will converge at the Sun Valley Resort for the exclusive week-long conference

Frank Slootman – CEO of Snowflake: $2B

Euro 2020: Collymore leads calls for fan who shined a laser in Kasper Schmeichel's face to be banned

32 things we learned from all the games