A food writer from the Washington Post sparked outrage after saying that foreign food should no longer be called ‘exotic’ because it reinforces xenophobia and racism.

In a Wednesday perspective piece for the paper, G. Daniela Galarza complained about recent responses she received to a story, with critics mentioning the recipe she described as being ‘exotic’.

‘Reading the word hit me like a slap, and initially, I wasn’t even sure why,’ Galarza wrote.

‘Did they think the dish sounded odd or disgusting? Or were these ingredients simply hard for them to find?’

Her commentary was met with swift criticism from Twitter users who accused her of provoking a ‘woke war’ over something as trivial as an unassuming adjective. 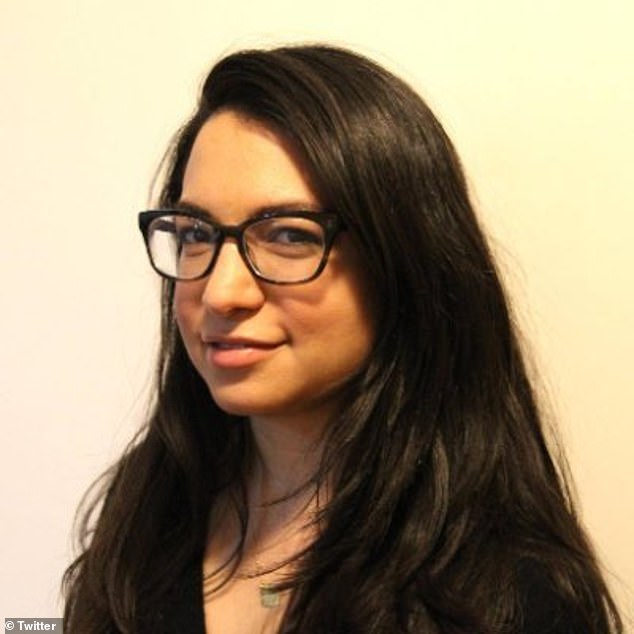 Washington Post food reporter G. Daniela Galarza (pictured) sparked backlash she wrote an article asserting that foreign food should no longer be called ‘exotic’ because it reinforces xenophobia and racism 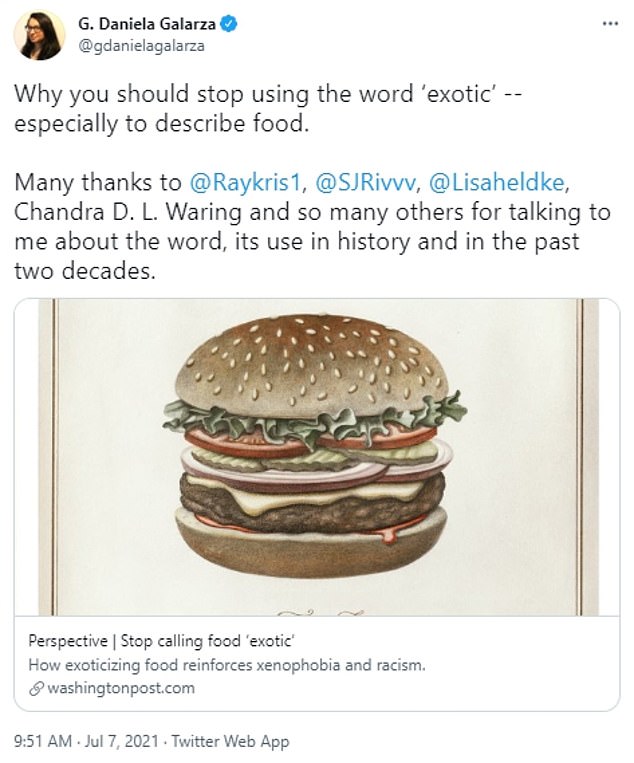 In her article Galarza bemoaned that the word had seemed to lose its meaning over the years.

‘The first problem with the word is that, probably within the past two decades, it’s lost its essential meaning,’ Galarza said.

‘The second, more crucial problem is that its use, particularly as applied to food, indirectly lengthens the metaphysical distance between one group of humans and another, and, in so doing, reinforces xenophobia and racism.’

Galarza said she also spoke to professors, one who disagreed with the use of ‘exotic food’ because it ‘is tied to the history of colonialism and slavery.’

‘So, what word to use instead? It’s not so much about replacing “exotic” with another word, though “rare” or “difficult to find” might be more accurate descriptions for food in some cases. It’s about reframing your worldview,’ Galarza continued.

‘Ultimately, there are just two kinds of food: food you’re familiar with, and food you’re not. If any particular food fits into the latter category, for you, rather than expressing disgust or disdain, ask yourself: Why am I not familiar with it, and don’t I want to change that?’

The backlash to Galarza’s article came quickly, with some social media users labeling her article as ‘saddening’ and ‘stupid’.

‘This article’s argument is saddening in how it scolds people as racists/imperialists for the simple acts of contemplating foods unusual to them,’ tweeted Zhan Li. 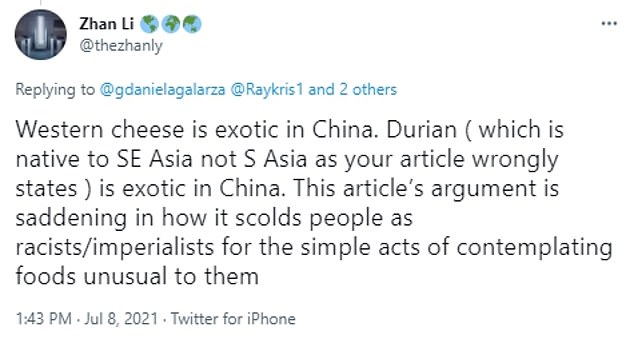 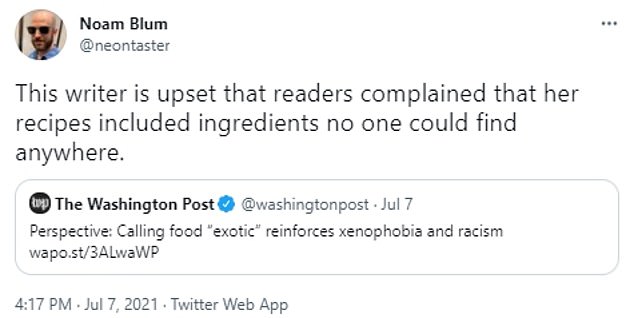 One user said, ‘The world is fractured enough without these ABSOLUTELY ridiculous articles furthering the divide.’

Another user went as far as to call the article ‘ignorant.’

‘No one anywhere is being harmed by food being called exotic,’ the user tweeted. ‘Moreover, most people don’t call food that is foreign to them exotic. What groups of people are you hanging around? You’re trying too hard to find bigotry.’

One user succinctly posted: ‘I’ll use whatever word I want to describe whatever I want.’ 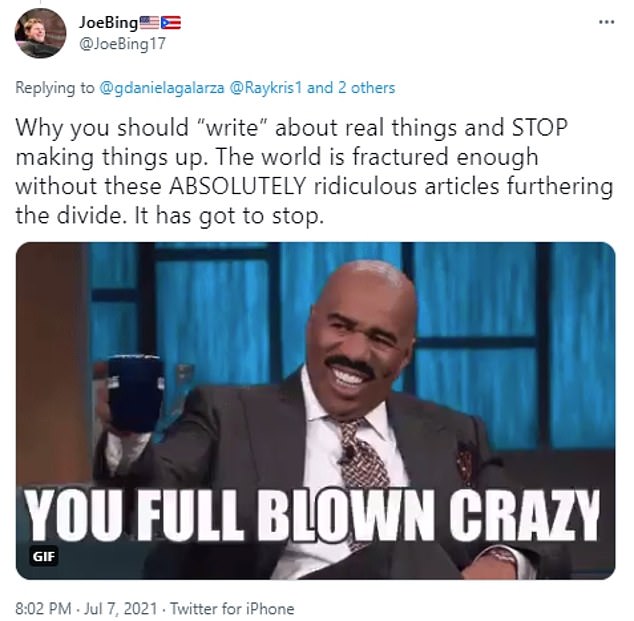 Some people did come to her defense.

‘I am a white cook and I’ll be thinking more carefully about how I approach and describe food,’ another user added.

Galarza, for her part, seems to be taking the criticism in stride, tweeting ‘LOL someone emailed me to tell me to go back to my country.’