Wasps rocked by FOUR more positive Covid-19 tests in their squad, leaving hopes of competing in Saturday’s Premiership final hanging by a thread

Wasps’ hopes of being cleared to take part in Saturday’s Premiership Final are hanging by a thread after the dreaded confirmation that their Covid outbreak has spread.

The Coventry-based club have announced that an additional round of testing has led to four more positive results – all players, who are now having to self-isolate, as are their ‘close contacts’.

Wasps are not in training as they await another round of testing on Tuesday before a final decision is made on Wednesday morning, when those results are received, about their participation in the league showpiece at Twickenham. 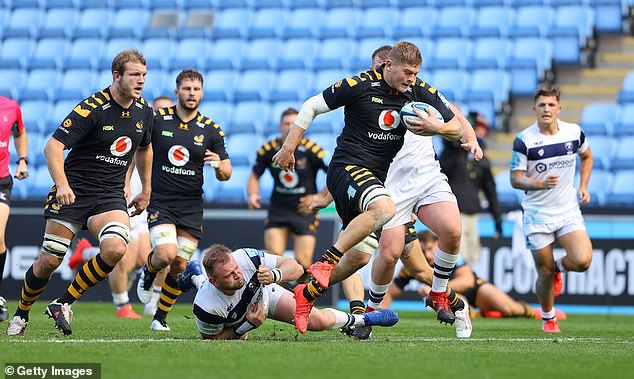 Bristol were last week placed on stand-by to take the place of Wasps in the final, if Lee Blackett’s side are unable to fulfil the fixture.

It now appears increasingly likely that the West Country club will face Exeter, in place of the team who beat them 47-24 in a play-off semi-final at the Ricoh Arena nine days ago. 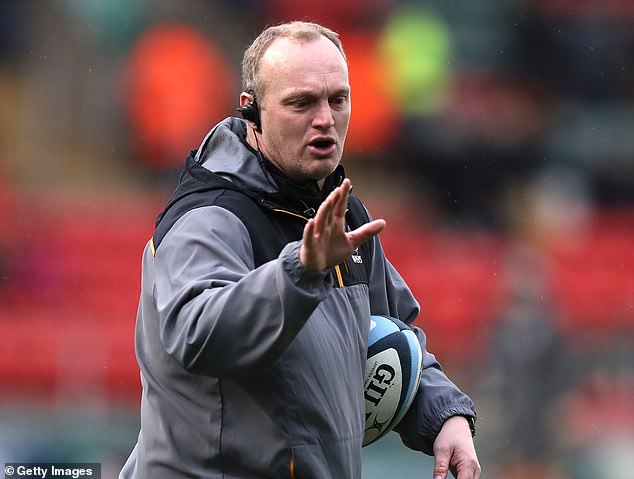 Lee Blackett’s side look set to miss out, with the final instead set to be Bristol versus Exeter

Premiership Rugby revealed last week that this contingency scenario was unanimously agreed by all the top-flight clubs, in the event of a Covid outbreak preventing a club who had qualified for the final being unable to take part in it.

If Wasps have to withdraw, it would be a shattering setback – denying them a shot at the title they had earned by storming up the table from 10th place to finish second, after Blackett took charge of a struggling side in February.

Wasps were stunned to learn last Wednesday that four players and three members of staff had tested positive for the virus.

The club cancelled training for the rest of the week as a precaution, which has undermined their build-up to the showpiece at Twickenham.

The conclusion of the domestic season has already been plunged into chaos, after the outbreak at Sale — 19 positive tests one week were followed by a further eight the next — forced them out of the title race.