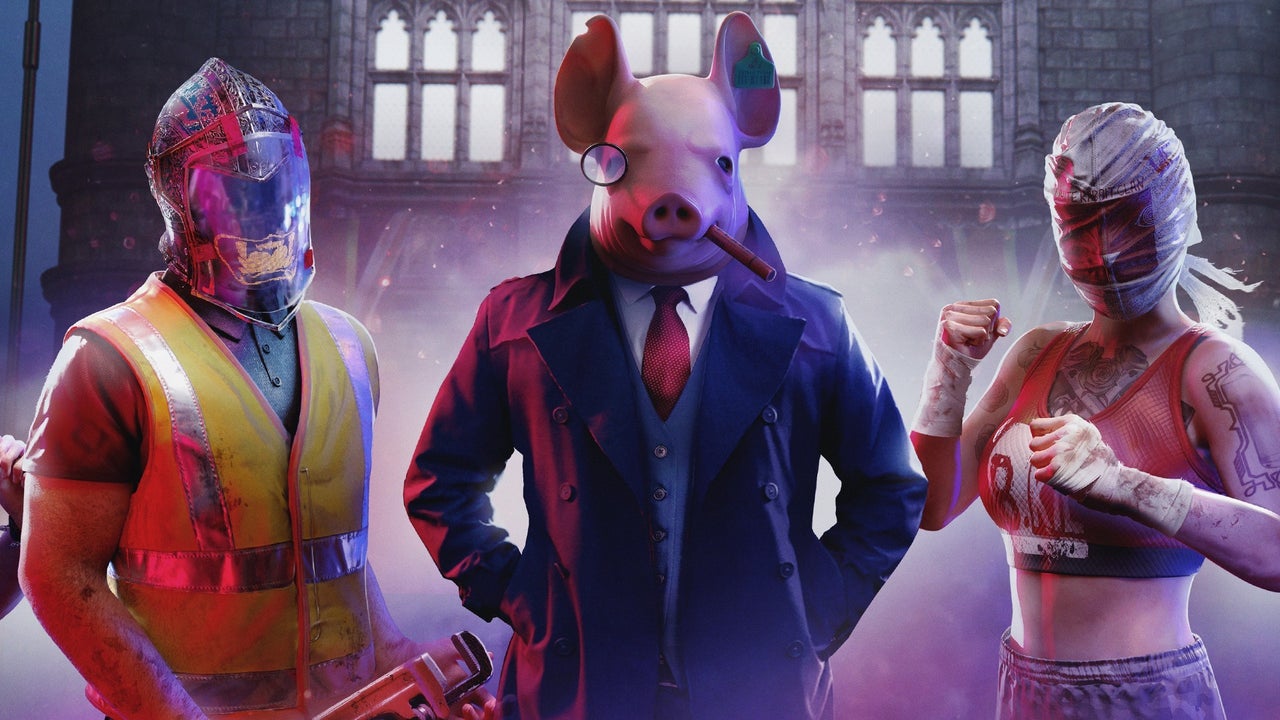 It’s easy to look at Watch Dogs Legion and assume that its upcoming multiplayer mode will be a London-flavoured GTA Online. But while it does share some minor common ground with Rockstar’s playground, Ubisoft’s approach to an online urban sprawl is markedly different. Forget chaotic lobbies and opulent penthouses with 10-car garages, Watch Dogs Legion’s online is a focused co-op campaign for four friends.During a hands-on session of the multiplayer modes that will be made available on March 9, I was able to play a handful of co-op missions and sample the raid-like Tactical Operations. These are designed for four players, making Legion’s online a relatively small scale affair.

The co-op missions remind me a lot of Assassin’s Creed Unity’s approach to friendly multiplayer, in that they are effectively identical to the fare you find in the main campaign, just redesigned with more participants in mind. Your targets, objectives, and methods remain akin to what you tackled in Legion’s story, and so you’ll be breaking into corporations, hacking their terminals, and running away with all their precious data. But with up to three extra players in tow, you can more effectively exploit Legion’s many overlapping systems.During a quest in which I was assigned to rescue an imprisoned NPC from a construction site, my team was able to hack terminals in tandem, using multiple drones to silently infiltrate and observe from the sky. There’s a thrill in taking control of a cargo drone and watching a friendly spider bot hack into a terminal, primed to drop explosives on any guards that may get a bit too close to them. Meanwhile, another player made their way through the site towards the captive NPC, guided by a fourth player using CCTV and drones as spotters. Our target could then be quickly extracted the moment our team effort hack unlocked the door.

Have you played Watch Dogs Legion?

Of course, it didn’t go that smoothly on the first attempt. Achieving a perfect stealth run, especially in a team, takes a few tries, but it was fun to master this multi-layered construction site puzzle. Watch Dogs Legions’ multiple methods of approach also meant each attempt played out slightly differently, demonstrating the potential for replays. However, the campaign-like design will likely mean the missions are a one-and-done exercise for all but Legion’s most hardcore fans. There is a PvP spider bot arena for up to four players, which is essentially Robot Wars does Quake, and is thus more immediately replayable. It’s a barebones mode, though, and feels more like a pleasant distraction than the core of Legion’s online. As such, the overall experience could be quite short-lived for many.

Even if it is a whistle stop tour, I appreciate the craft that has gone into each of Legion’s online missions. The quest chains are not particularly ambitious, but they do fulfil the Dedsec anarchy fantasy; one saw our team break into a compound, steal two bomb-rigged hatchbacks, and then race against the clock to dump them into the Thames river. It’s all a bit silly, which lends well to playing with a group of friends.

More interesting is each mission’s approach to how players are assigned roles. There are no ‘formal’ jobs or classes, but objectives will require players to split from the group to perform a task while the remainders complete a different job. Splitting players up generates a new layer of tension and demands a higher level of coordination, which is a welcome wrinkle in the mode’s otherwise straightforward mission design.

“Having groups of players go apart gives them a more interesting, smaller co-op challenge within a co-op experience,” explained Lathieeshe Thillainathan, Live Producer on Watch Dogs Legion. “It gave our design team much more interesting puzzles and challenges to build, instead of always building one space for four plays constantly. We felt it was far more interesting to split players up in certain intervals and to push them out.”

Those more interesting puzzles are most prominent in Tactical Operations. These are a chain of increasingly challenging missions that effectively work as Legion’s answer to raids or heists. The first one immediately splits the team into two groups, as two hacks must be activated simultaneously on opposite sides of the city. During the hack, both duos are assaulted by waves of Albion troops, making it a much tougher situation than the more casual missions.

I’d have liked to have played much more of the Tactical Ops, as I can already see how Legion’s many systems and operator variants could be used to creatively overcome its challenges. But unfortunately my PC version play session, which took place at the end of January, was marred by technical problems. Disconnections, lag spikes, and server errors made playing difficult across all modes, and this stalled our progress in these longer, tougher challenges.

If these problems are present at launch then they will fundamentally undermine the entire experience, so I spoke to Ubisoft to find out exactly what the problems were, and if they will be fixed by launch. “Some of the issues that you specifically hit were from the latest version of our anti-cheat that we had put in,” Thillainathan told me. “Our anti-cheat was being a little too aggressive to say the least, and it was kicking you.”

“We were able to reproduce [the problem] and try to figure out what was happening,” Thillainathan continued. “The issues have already gone, we were already in a process of fixing them at a more subtle level, so now we’ve solidified it and put it into more technical tests.”

He assured me that current technical testing is going well, but that anything game breaking “will definitely trigger a conversation” about delaying the online mode.

With those issues solved, I think Watch Dogs Legion’s online mode achieves much of what it sets out to do. It’s got enough mission variety to be more than a one-session curio, albeit certainly much less than would be required for it to be a constant mainstay in my multiplayer rotation.What it doesn’t do, that I wish it did, was fully bring the systemic qualities of Watch Dogs Legion into a multiplayer environment. Play As Anyone does exist in this alternate digital London, but it’s a streamlined version. You can recruit, but there’s less legwork. There’s no danger of permadeath, nor is there the threat of your operatives being kidnapped. These are all elements that I think would create fantastic shared stories for a co-op team. Ubisoft does have good reason for trimming back these elements, though.

“We wanted it to be a bit more neutral,” said Thillainathan. “For example, Borough Liberation. We felt in an open world setting, with public matchmaking, it just doesn’t fit really well. [Online and offline] are essentially two different play experiences you’re jumping between.”

“But the thing I’m happy with is the entire Play As Anyone system comes across in online,” he added. “The scheduling, and the recruitment system, and the personalities, all of it comes across.”

Thillainathan did give me some hope for a more intricate online simulation, though. “Something we want to do post-launch is see what our community likes. Will it create interesting dynamics where you’re rescuing each other’s operatives?”

There’s still support to come for Watch Dogs Legion online – this first drop doesn’t include the series’ classic Invasion mode – and so there’s hope for the game to increase in complexity and offer more opportunities in the future. As for what we get on March 9, it’s a slice of cooperative madness that could be drained faster than an English cup of tea, but one that still has enough satisfying flavours to make it worth dipping back into to raise chaos with a new gang of Dedsec cyber warriors.

Microsoft calls for Australian-style laws to be introduced in Europe