Watch .. Was Ronaldo denied a “deserved” penalty while he was “fought” against Porto? 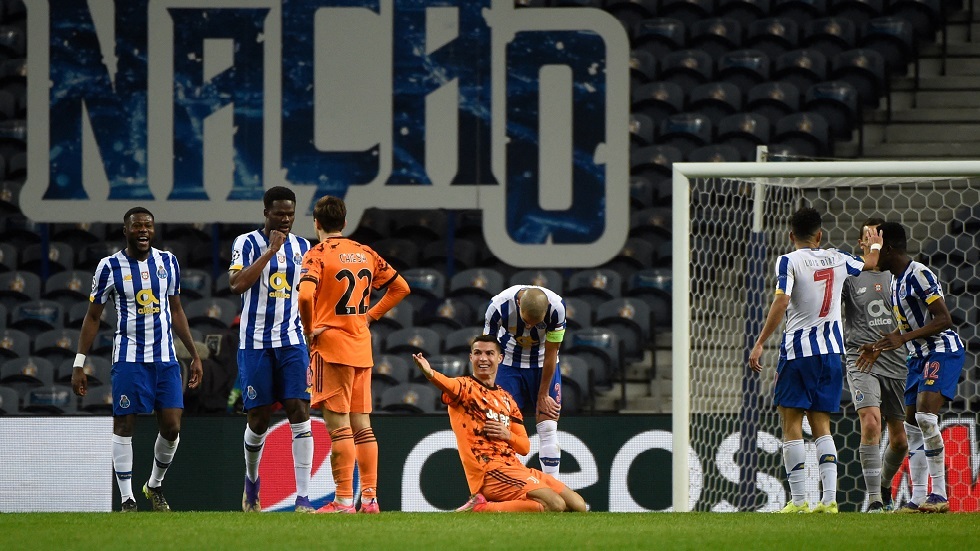 Cristiano Ronaldo poured out his anger at referee Carlos Grande, who led his club’s Juventus match against Porto, on Wednesday, in the first leg of the Champions League final, for not counting a penalty kick in a deadly time.

And when the match was breathing its last, Ronaldo received a high ball inside the penalty area, to tame it, but the “Don” slipped during the process of taming the ball and then came into contact with one of the Porto defenders to fall to the ground, and the referee did not intervene and demanded to continue playing.

A few seconds after this shot, which was in the fourth minute of calculated time instead of lost, the referee blew the whistle at the end of the match, so Ronaldo reacted strongly to this decision and headed towards the referee, asking him to count a penalty, but the referee confirmed through his signals that the referee was the video assistant. Farr, “reviewed the shot and saw that it did not warrant a penalty kick.

Ronaldo appeared angry during his conversation with the referee, as he directed some words to him in a sharp tone, but the latter did not change his position and ended the match with Porto victory over Juventus with two goals to one.

The two teams will meet again at Juventus Stadium in the return match, on the ninth of next March.