The wife of the firearms police officer charged with murdering Sarah Everard was seen today for the first time since his arrest.

Ukrainian-born Elena Couzens, 39, returned to the semi-detached house in Deal in Kent she shares with her husband Wayne Couzens, 48, and two children. 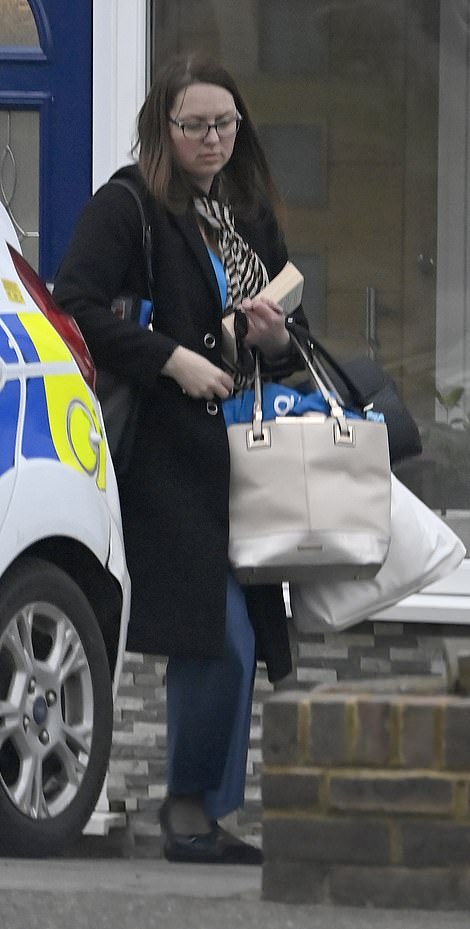 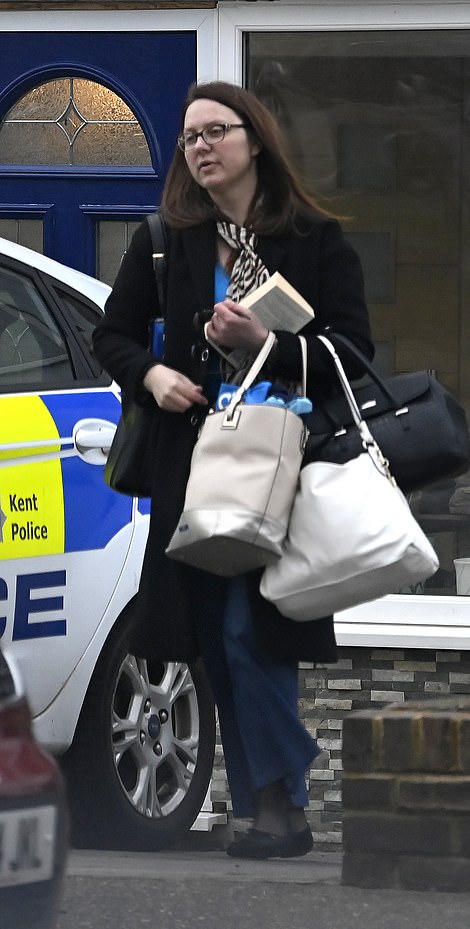 Elena Couzens, the wife of Metropolitan Police officer Wayne Couzens, was seen today for the first time since her husband was arrested on suspicion of Sarah Everard’s murder 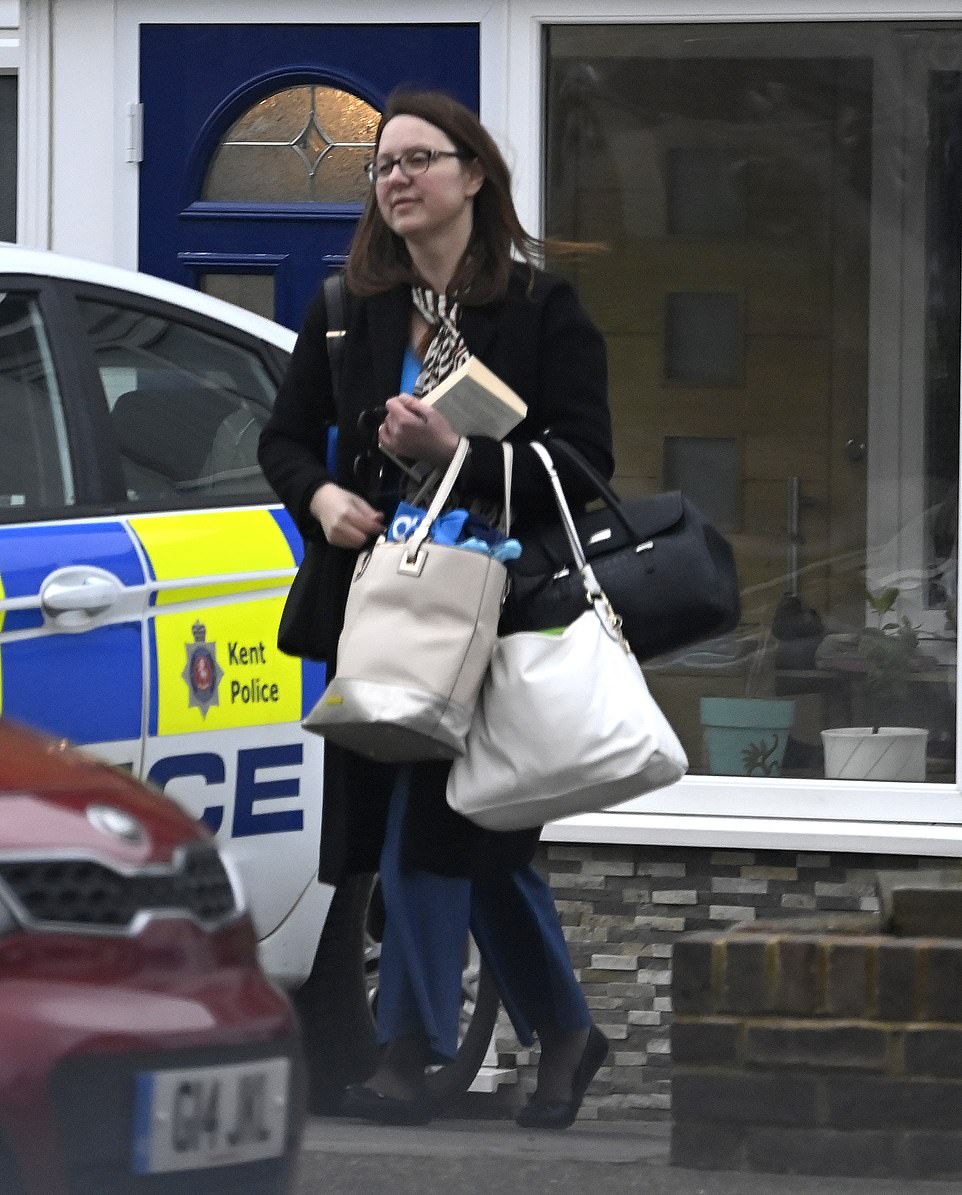 Ukraine-born Elena, 39, a mother-of-two was seen clutching a book about Albert Einstein and two bags of things during her brief visit to the family home in Deal, Kent, that she shared with Couzens 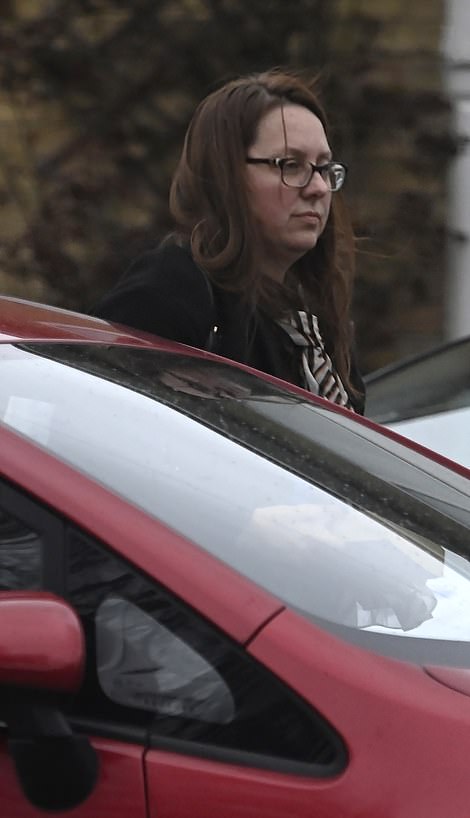 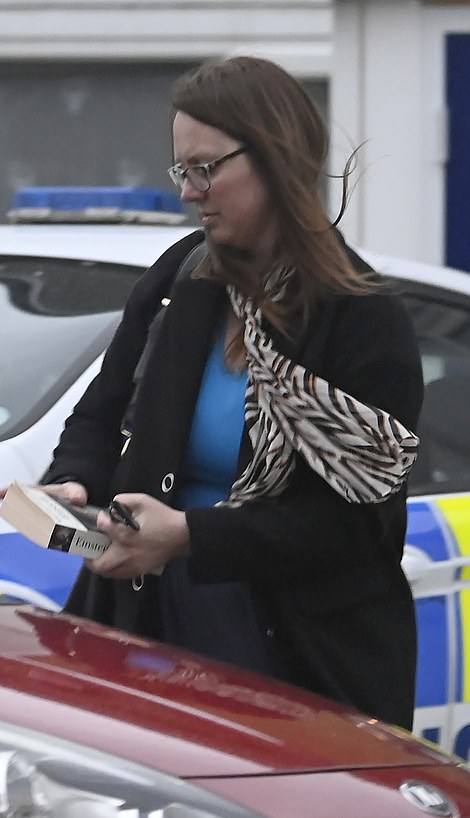 Elena, a mother-of-two wore a blue top and smart trousers but was not wearing her wedding ring at the home she shared for four years with Couzens, 48, a firearms officer with the Parliamentary and Diplomatic Protection Command unit 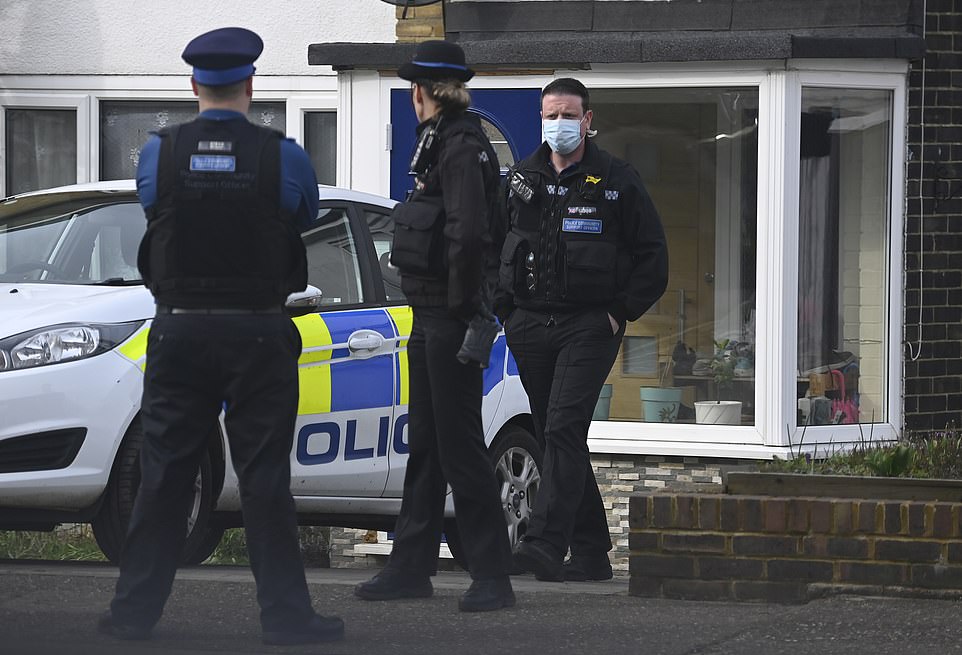 Police officers stood outside the £200,000 three bedroom semi-detached property while Elena collected some things inside 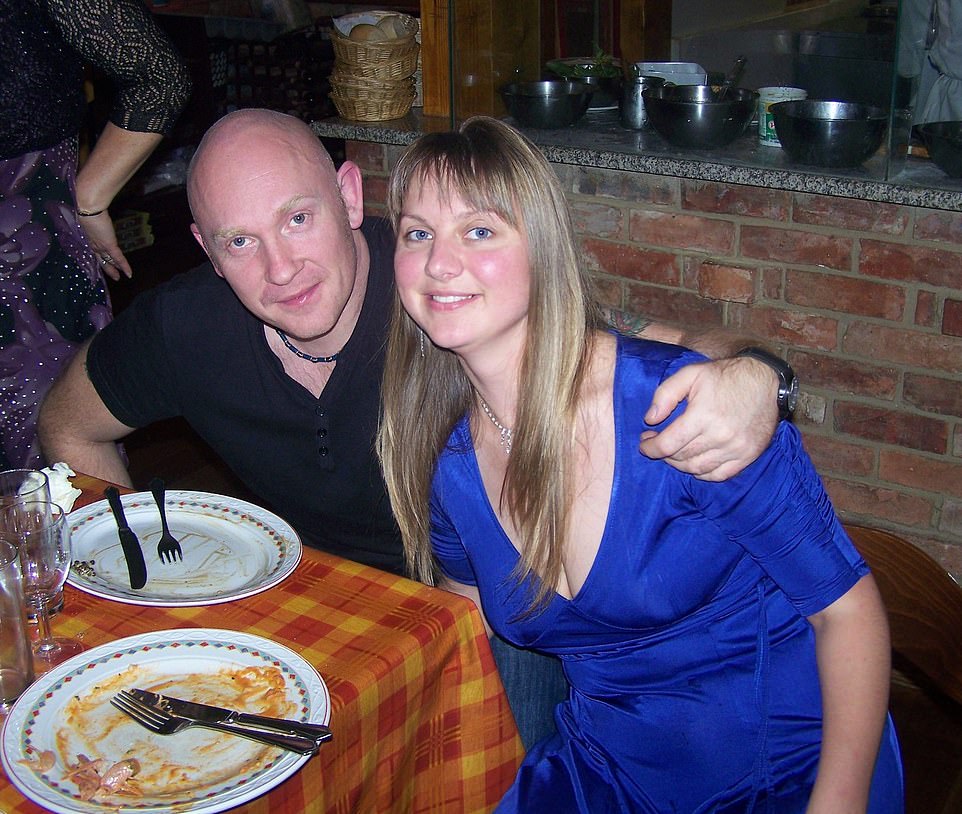 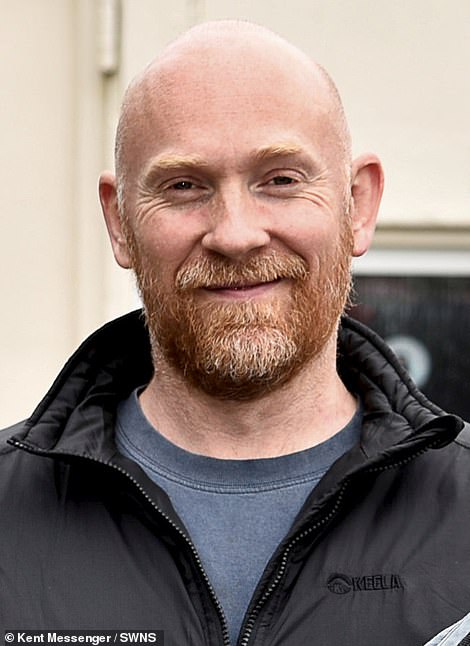 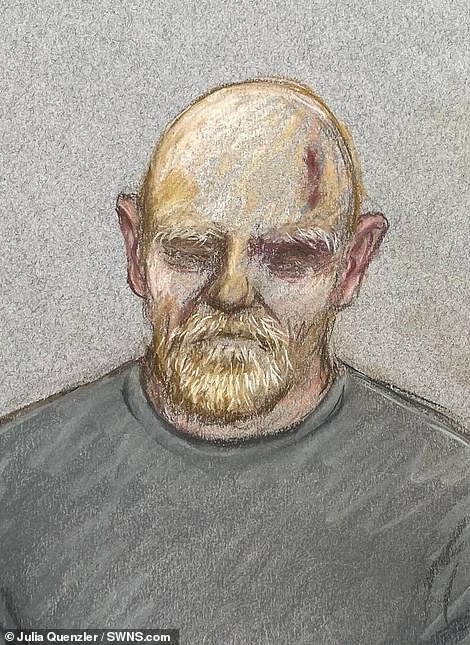 Couzens (left), 48, was charged with the murder and kidnap of marketing executive Miss Everard, 33, on Friday. An artist’s drawing (right) shows he had a cut on his forehead during his appearance at Westminster Magistrates Court on Saturday

A Kent Police squad car remained parked on the driveway.

Her appearance came a few days after her mother revealed that Elena had been plagued by social media trolls in the wake of her husband’s arrest nine days ago.

Speaking from her home in Kirovograd, Ukraine, Nina Sukhoreba said: ‘I am very surprised how the Western people have behaved. How can they write such horror about my family?’

Vile comments were left on the Facebook account of Elena and her husband, which has since been taken down.

Lab technician Elena, who was not wearing her wedding ring today, married Couzens in 2006 after they met in Switzerland, where she was working. 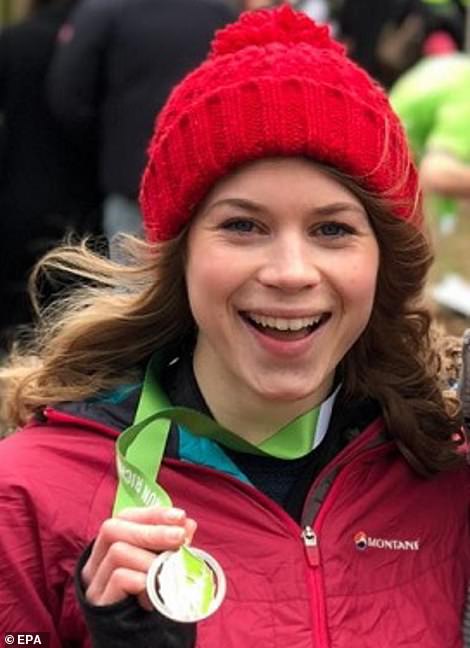 Earlier, Mrs Sukhoreba pledged her faith in her son-in-law’s innocence, saying: ‘He could not do anything like this. He is a wonderful family man, a wonderful man. This just sounds crazy to me.’

She told MailOnline that since marrying her daughter, Pc Couzens had been striving to learn Ukrainian and he visited the country every year.

‘He is a wonderful father. He came to visit with the children and we all walked to the river and he helped me at home and in the garden,’ she said.

‘Due to coronavirus they didn’t come this year. I visited them two years ago in the UK.

Elena’s husband is on remand in Belmarsh Prison after being charged with the kidnap and murder of Sarah.

He was a serving member of the Metropolitan Police’s Parliamentary and Diplomatic Protection (PaDP) when he was arrested.

Sarah, a 33-year-old marketing executive was abducted in Clapham, South London, on March 3 as she walked home after having dinner with a friend.

Her body was found in woodland near Ashford, Kent, a week later.

Sarah’s murder has ignited a fierce debate about the safety of women on Britain’s streets.

And the Metropolitan Police has come under intense criticism after a vigil in Sarah’s memory on Clapham Common descended into violence amid accusations of heavy-handed policing to enforce Covid rules.

The inquest into Sarah’s death has been opened.

Her parents, brother and sister were in court at County Hall in Maidstone, Kent to hear proceedings, conducted by senior coroner Patricia Harding.

The inquest was opened and then adjourned pending the outcome of criminal proceedings. 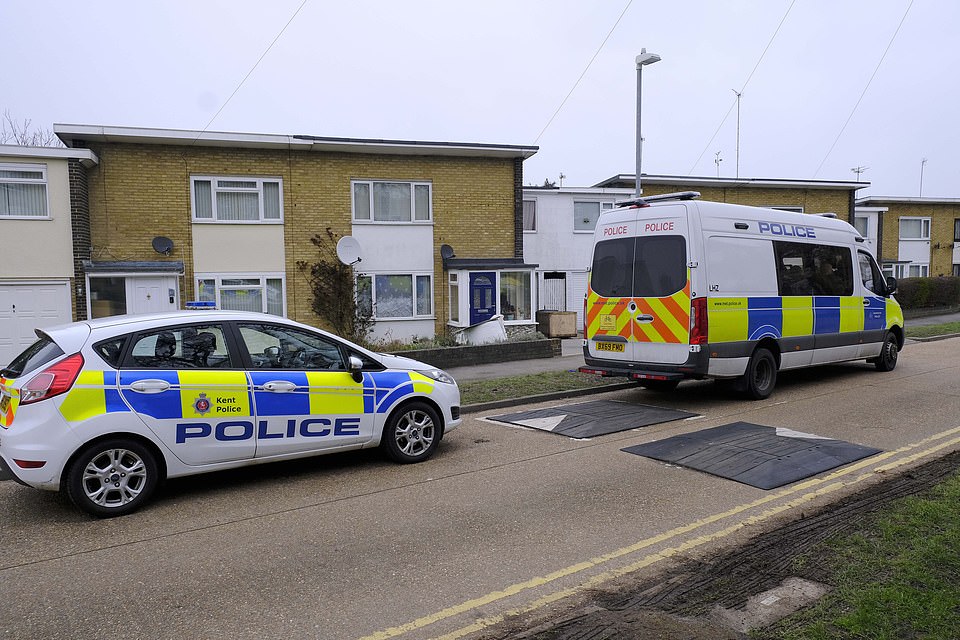 It came after a second post-mortem examination was carried out on Ms Everard’s body when the first proved inconclusive, police said.

On Saturday, Westminster Magistrates’ Court heard that Couzens’ alleged victim’s body had been discovered inside a builder’s bag and identified using dental records.

Appearing in court, he stood in the dock in a grey tracksuit flanked by two plain-clothes officers.

With his head bowed and shoulders slumped, he spoke only to confirm his full name, address and date of birth.

He was asked by chief magistrate Paul Goldspring to speak louder so the court could hear him.

He is accused of abducting Miss Everard, 33, as she walked home from a friend’s flat in south London, killing her and attempting to hide her body in woodland near Ashford, Kent.

The court heard that the marketing manager’s remains were found at 4.45pm last Wednesday, 50 miles from where she was last seen in Clapham on March 3. She was captured on CCTV walking alone at 9.28pm. 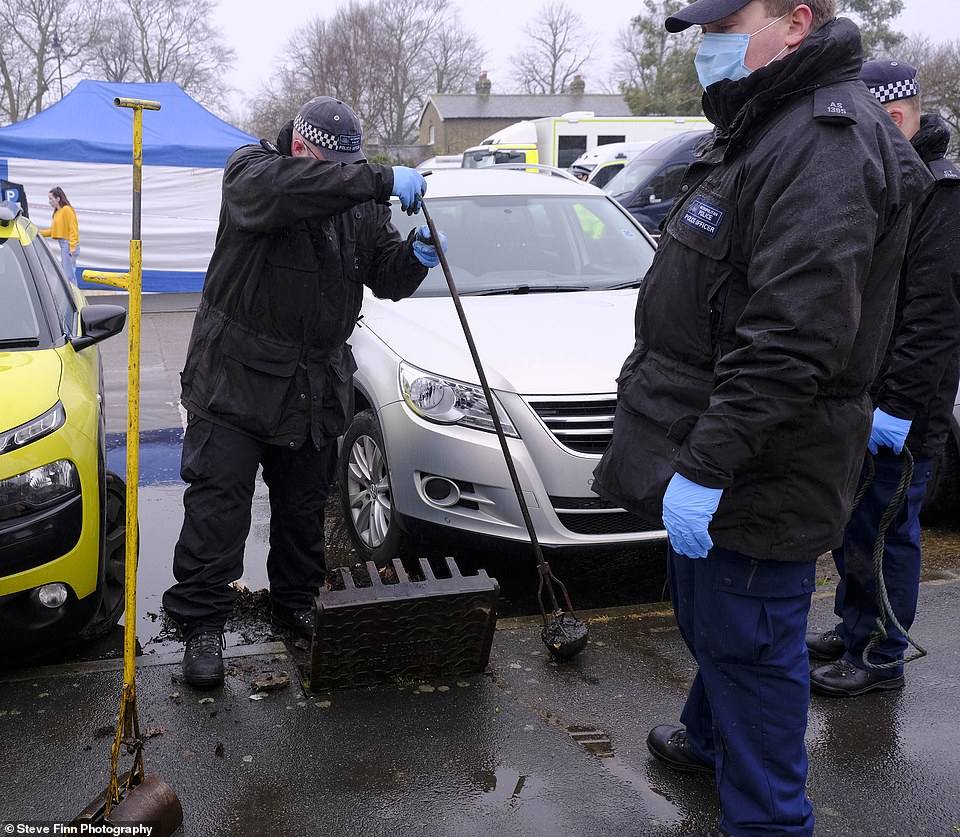 Police spent Tuesday searching a network of drains beneath Sandwich, Kent, in the hunt for evidence in Sarah’s murder 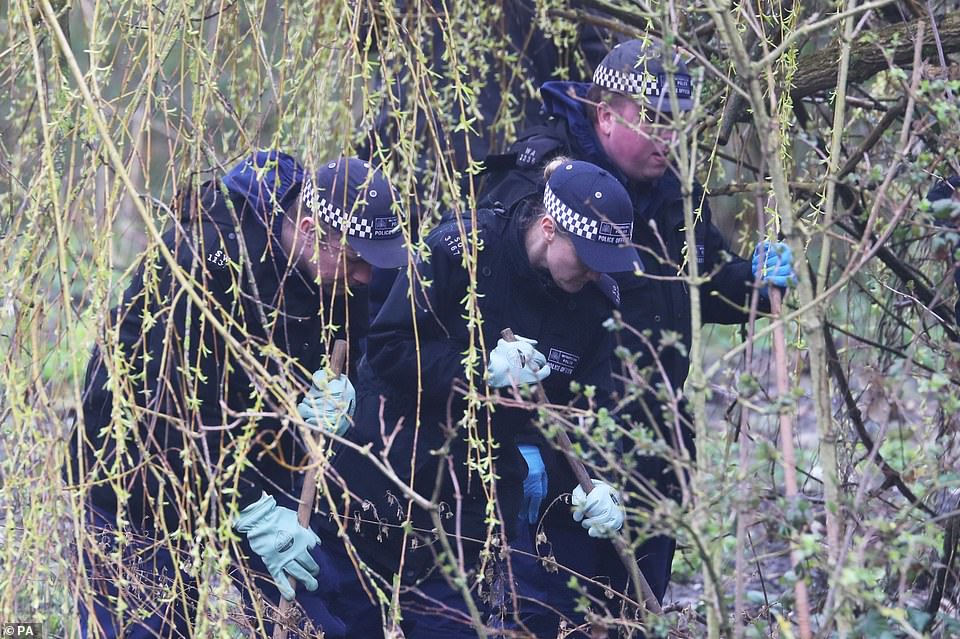 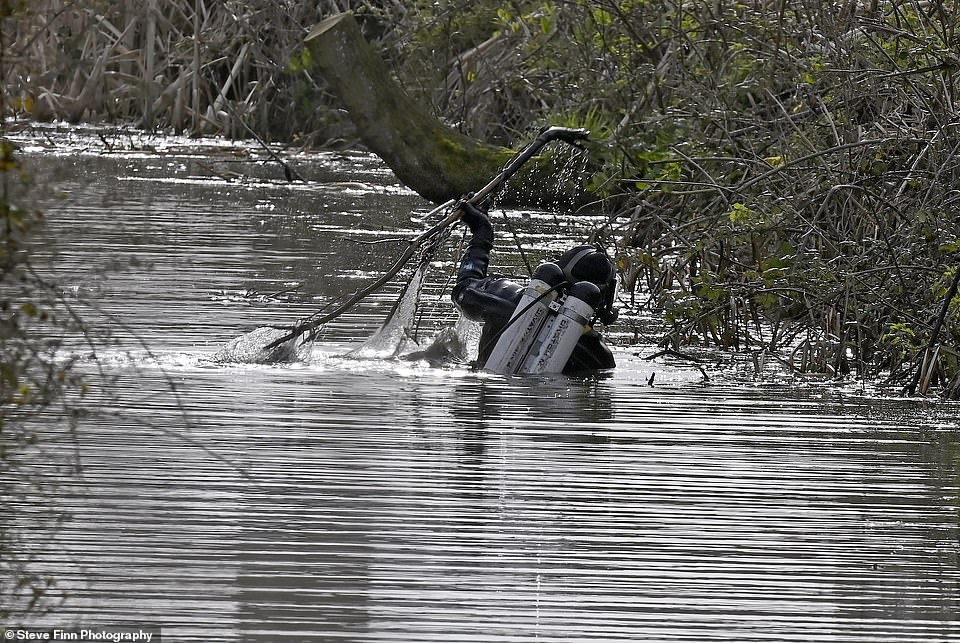 The last activity on her mobile phone, which is yet to be recovered, was at the same time. It is not clear whether Miss Everard’s phone had been switched off or had run out of battery.

She was reported missing the following day.

Couzens was off-duty at the time of her disappearance but had been guarding the American embassy in Battersea earlier that day. He was arrested at his home in Deal, Kent, on March 9.

The protection officer will appear at London’s Old Bailey tomorrow after being remanded in custody. Couzens was a member of the Army Reserve and served in the 3rd Battalion The Princess of Wales’s Royal Regiment for two years from 2002.

He joined the Metropolitan Police in September 2018, transferring from the Civil Nuclear Constabulary at Dungeness nuclear power station in Kent.

He moved to the Parliamentary and Diplomatic Protection Command in February 2020.

Marvel's Avengers: Spider-Man Being Developed, But Not Coming Before Summer