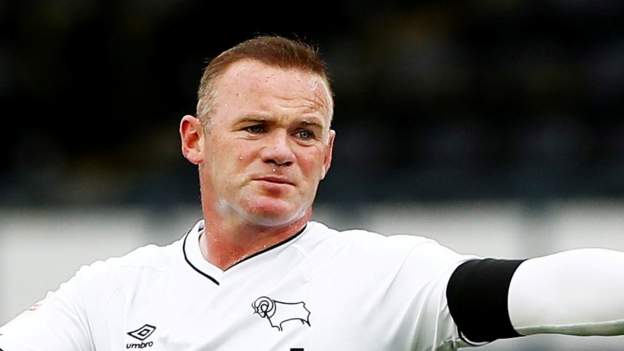 Wayne Rooney says he would be lacking in ambition if he did not want to become Derby manager.

Rooney has been placed in temporary charge of the Rams alongside Liam Rosenior, Shay Given and former Derby youth coach Justin Walker.

They took control after the departure of Phillip Cocu on 14 November.

While the discussions remain private, it is envisaged the management position will remain unresolved for at least another week.

Rooney is the current favourite along with Rafael Benitez to get the job permanently.

And after seeing former England team-mates Steven Gerrard, Frank Lampard and Scott Parker all start their managerial careers over the past couple of years, the 35-year-old is keen to follow suit.

“I am ambitious and I want to go into management. I have been quite open about that,” said Rooney.

“I don’t know how long this situation [at Derby] is going to last but I wouldn’t be an ambitious person if I said I didn’t want the job.”

Rooney has yet to complete his coaching badges but Rosenior has, and the 36-year-old spoke about the journey he has been on in an effort to secure a management role.

“I finished my career early because my passion and love is coaching,” the former Fulham, Hull and Brighton defender said.

“I was one of the youngest ever to get my badges at 32. I want to be a head coach and a manager. But it is one thing wanting the job, it is another whether you are the right man for the job.

“There is a bigger picture here than just me or Wayne being the manager.”

That bigger picture is trying to guide Derby away from the foot of the Championship – and the danger of falling into the third tier for the first time in 35 years, having spent only four seasons there in their entire history.

“We need to get these next two or three games out of the way,” said Rooney. “If they go well, it puts us in a better position for the role full-time.”