After the departure of Phillip Cocu, Wayne Rooney has been presented with the perfect opportunity to make his first steps into management.

There are plenty of roadblocks still in his way, not least that his interim position and the pending takeover at Pride Park makes him far from a shoo-in for the top job.

His age and experience count against him, with reports suggesting Derby are looking for a manager with a proven track-record of getting clubs promoted from the Championship.

But despite his tender years and less than a full season as a player-coach, England’s record goalscorer steps up to his temporary role – alongside Liam Rosenior Justin Walker and Shay Given – with a wealth of experience.

Rooney learned from three of the most decorated managers of the modern era at Manchester United – Sir Alex Ferguson, Louis van Gaal and Jose Mourinho – and has also picked up pointers from the likes of Ronald Koeman, Sam Allardyce and Cocu, the man who has just vacated the Rams’ dugout. 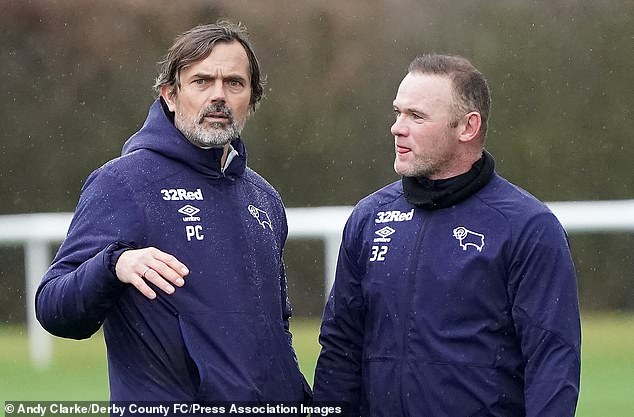 From the importance of trust, to communicating properly with players and how to prepare for the big games, Rooney already has a strong idea of what sort of boss he wants to be, and how he can showcase that during his audition at Derby.

Here, Sportsmail looks back at what he’s had to say about Fergie and Co – and what his former team-mates and managers think about his leadership skills.

Rooney on Ferguson’s man-management and motivation

‘It’s documented we had disagreements but disagreements are good in football. [Disagreeing] gives you ways to improve and think about things differently.

‘The best way to motivate me? Confrontation. I’ve always been at my best when I’ve been a bit angrier.

‘Fergie knew exactly what I needed. I’d say 90 per cent of the games I played under him we were arguing at half-time.’ 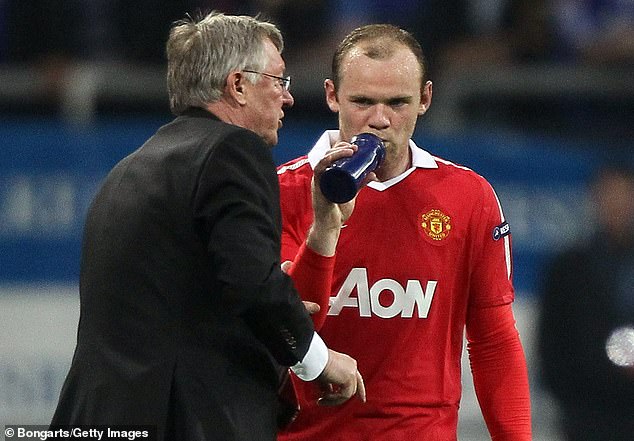 Rooney gets some advice on the touchline from Sir Alex Ferguson back in April, 2011

Rooney on Ferguson not holding grudges

‘I never got used to [Ferguson rounding on him]. I used to think, ‘I’m playing well, he’ll have a go at someone else today.’ And it would be me again.

‘Portsmouth was the worst one. It got really bad. This was at half-time. I went back out and scored a hat-trick.

‘I remember sitting on the coach thinking, ‘I’ve gone too far there’ but the good thing about him, he’d go to the toilet in the coach or to get a coffee and walk past you on the way back and just, like, slap you on the back of the head. That was his way of saying, ‘The argument is gone.’ He never carried grudges.’

Rooney on Ferguson’s emphasis on trust

‘I don’t think you will get better than how he managed his players and the trust he gave them to manage the dressing room themselves. That management. It’s the best I’ve ever seen.

‘It wasn’t complicated. The big thing was he had trust in people. He trusted his coaches to put sessions on, he trusted his players. 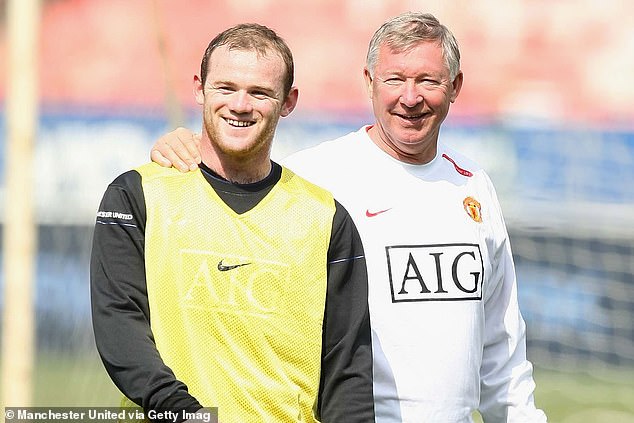 Rooney on the importance of knowing players as people

‘In the big games his team talks were very good. Before we won the Champions League [final in Moscow against Chelsea, 2008] we had 30, 40 minutes on the poverty in Russia.

‘He talked about how you have 90 to 120 minutes to play a game and after you’ll go back to your big houses, go back to your nice cars — but these people over here are working to survive, to live, provide.

‘For away games he always did the team talk in the hotel before you left and you had time on the coach to think about it. You’re driving in, looking through the window, you got to the stadium and saw the people, the guards, the security with those big Russian hats. It gives you a different way of thinking.’ 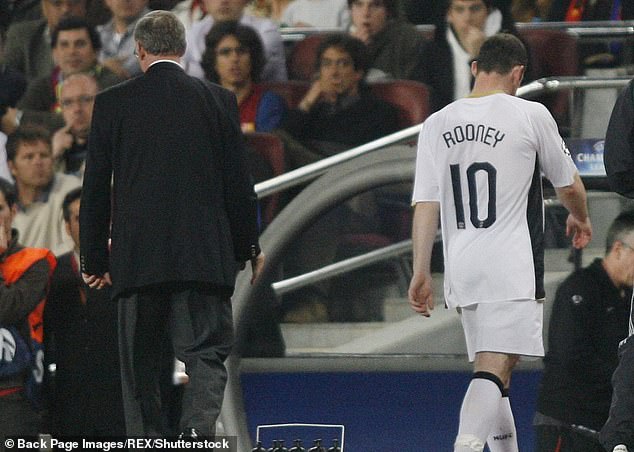 ‘Van Gaal is by far the best coach I have worked with ⁠- one hundred per cent.

‘His tactical skills, his way of preparing and his attention to the finest of details, I found amazing. I admired that in him. I had never looked at stuff like that before.’

‘Van Gaal knows that the way he works is tough for players. I made him aware of that at the time and we talked about this very well together.

‘I regret how it all ended, yet I know one thing for sure – I have learnt a lot from him and I am definitely going to use those lessons for when I am a manager.’

‘In those two years I learnt more than under any under manager.

‘This is why I will be forever grateful to him. Not just for making me captain, but also for all the trust and belief he had in me.’ 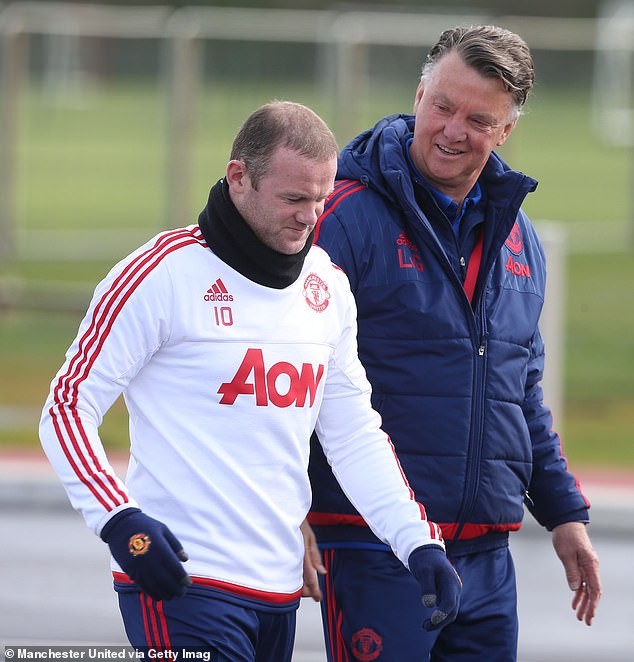 ‘In my opinion, obviously being there for a year with him, he didn’t (keep players onside).

‘I think that was the one surprise I had – the communication with the players wasn’t as much as it could have been.

‘When you leave a player out of a game, sometimes, for a player, it gives a bit of freedom of the mind when the manager says I’m leaving you out for this reason or for that reason. But the players didn’t get that.

‘I think that’s the most difficult thing for a player to try and work out why you’re not playing.

‘The big thing with Jose was the communication with the players, and I know the players weren’t happy with him.’

Rooney on the one quality he would take from Mourinho

‘Mourinho’s stubbornness: I think sometimes you need that.’ 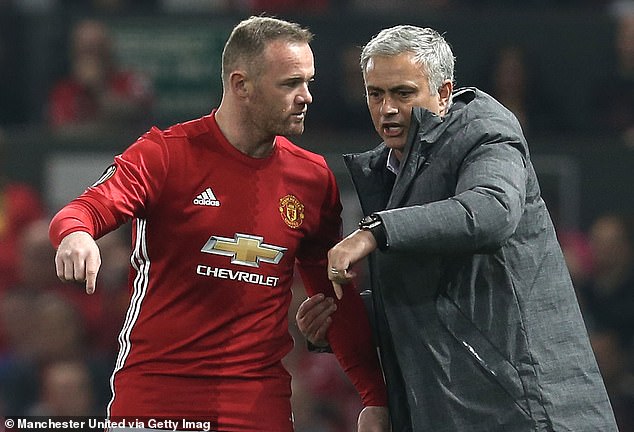 Jose Mourinho gives Rooney some instructions during a Europa League semi-final in May, 2017

Rooney on being embarrassed by Mourinho

‘I came on for one minute in the Europa League final. I was about to come on against Southampton in the League Cup final, and in those moments it was embarrassing.

‘It was getting to a point where I was embarrassed. I thought ‘I can’t keep doing this’, as hard as it was to leave United.

‘In the Southampton game, Mourinho came to me and said: ‘I want you to lift the trophy.’

‘I was like: ‘Well, I didn’t even play in the game.’ He was persistent with it, and I literally lifted it and moved it on. What was I doing? I need to move on and go somewhere else.’

FABIO CAPELLO (Managed Rooney for England between 2007 and 2012)

Rooney on Capello failing to create the right environment

‘I remember at the World Cup in South Africa, Fabio and his coaches were watching Italy play and they were cheering when Italy scored, and he was there as England manager.

‘I don’t think that was right. It didn’t work and we had to move on.’ 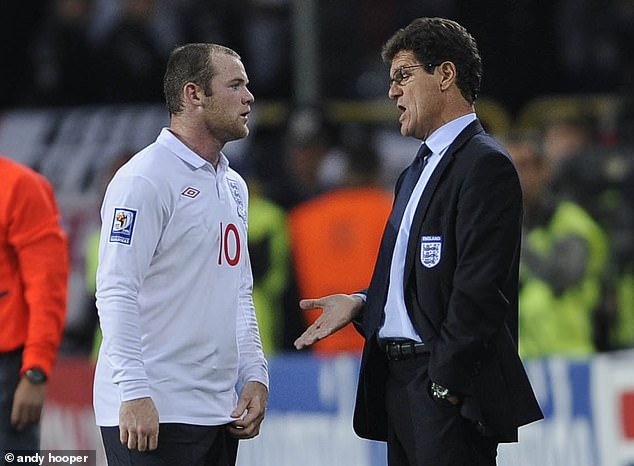 ‘Sam Allardyce knew what he wanted. You can only manage to the capabilities of your team and that’s what Sam has always done.

Rooney on Cocu being open to suggestions

‘He [Phillip] is open to that [input], of course, with all the staff. I think the best managers do.

‘You can’t be naive and think: “I’m going to do it all my own way.” Phillip has obviously got a team around him where we all try to help him but of course the final decision is his.’

WHAT QUALITIES AND LESSONS WILL ROONEY TAKE FROM HIS FORMER BOSSES?

First rate man management, don’t hold grudges, trust your staff and players, give inspiring team talks, get to know your squad as people.

Tactical awareness, attention to detail, prepare for every fixture as much as possible, be tough but fair, believe in your players.

Be stubborn when necessary, communicate with the players and keep them onside even if results aren’t going well.

Create a working environment where players feel at home and at ease.

Have a clear way of playing and make the most of the players at your disposal.

Be open to suggestions and listen to your backroom staff.

RIO FERDINAND (Played with Rooney for England and Man United)

‘He’s not scared of sharing his opinion, which is a good thing. He can be direct. He can be hard to read sometimes.

‘He’s been very lucky. Not many people get to play under the managers he has, managers who have achieved so much.

‘Ferguson, Van Gaal, Mourinho, Capello. Over the years he will have taken elements from their coaching styles. He’s going into it with his eyes wide open.’ 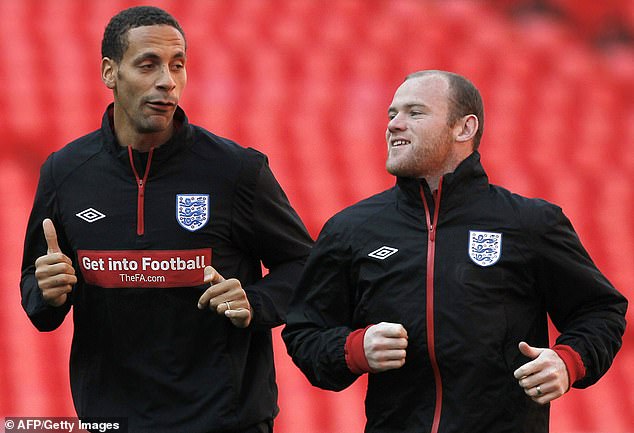 ‘A leader both on and off the pitch who lead by example and demanded the very best from your team mates every single day.’

GARY NEVILLE (Played with Rooney for England and Man United)

‘Rooney is one of a dying breed of footballers who is willing to call his team-mates out. He can take criticism but also hand it out.

‘His approach is the traditional one of not taking criticism personally – and expecting team-mates not to take it personally either.’ 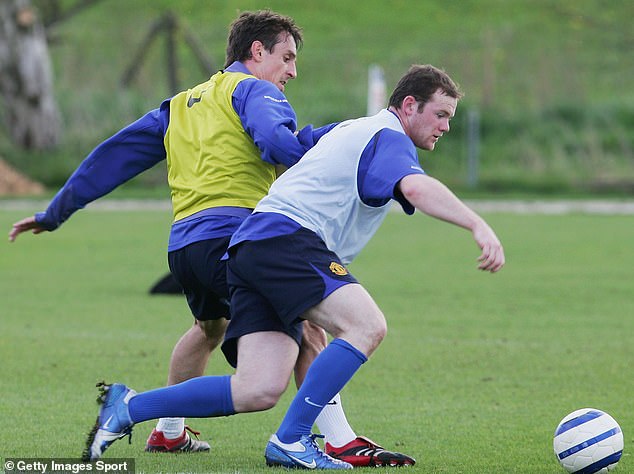 ‘He is one of those professionals who knows how to suffer, who always wants to be playing and never wants to rest or sit on the bench, even if I try to convince him that this would be better for him.

‘He is a born leader who reminds me of others of that kind, like Franco Baresi and Raul.

‘The three of them have a lot of charisma. They know how to conquer the respect and confidence of their team-mates and the fans.’

‘When you play a game eight against eight he will talk with the individual players and the young guys. That is natural and something he always does.

‘But when we are preparing or doing analysis he was part of it and in the office of the coaches. The work he does as a coach is more in the analysis and clips we plan.

‘He is very interested in it, not only now but he did it also at United and DC [United].

‘He is very interested in the tactics and how we prepare training and the games – no doubt he will be a manager in the future.’

Where the College Football Playoff stands after Week 11