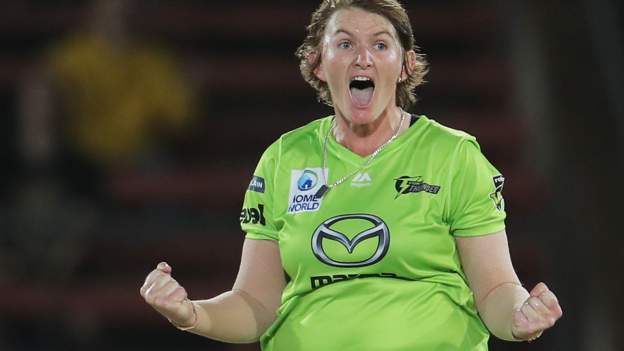 
Sydney Thunder pulled off a remarkable 12-run win over Brisbane Heat to reach the final of the Women’s Big Bash League.

Hannah Darlington took 3-19, while Sammy-Jo Johnson claimed 2-14 against her former side.

The Thunder will meet Melbourne Stars in the final on Saturday at 08:10 GMT.

Heather Knight, the England captain, made 17 for Thunder, who were grateful for Rachael Haynes’ superbly paced unbeaten 48 off 44 deliveries.