Well that’s not your usual neighbour! HUGE kangaroos are spotted in Canberra


‘He looks like he’s on steroids’: Hulking kangaroo called Rodger is seen on a quiet suburban street

Spare a thought for the everyday Australians who share their streets and backyards with ripped roos.

When Kellie Baker shared a pic of a bulked-up kangaroo in Canberra, it inspired others in the Australian capital to share pictures of their own encounters.

The massive marsupials are believed to wander into suburban areas for food or water, just like one large male spotted desperate for water during the bushfires last year. 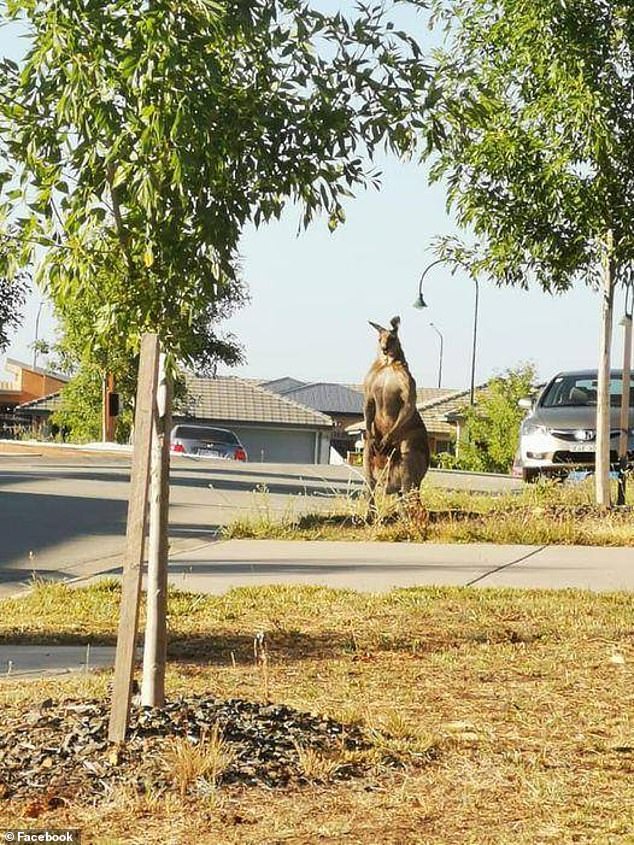 When Kellie Baker shared a pic of a bulked-up Canberra kangaroo (pictured), it inspired others in the Australian capital to share pics of their own encounters 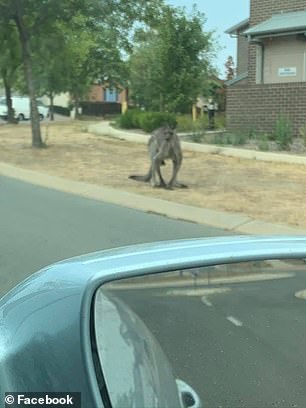 The massive marsupials might wander into suburban areas for food or water, such as one large male spotted desperate for water during the bushfires last year. Pictured: Carolyn May saw this bulky kangaroo on a street in Amaroo, ACT 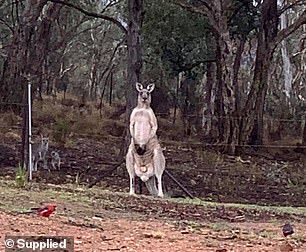 Carolyn May said she encountered lots of roos during the fires last Summer because they were searching for food and water. Pictured: A kangaroo and some joeys on Ms May’s partner’s property

Kellie Baker saw this hunky kanga ‘who looks like he’s on steriods’ in a family-friendly cul-de-sac in Ngunnawal in the Australian Capital Territory, the ABC reported.

Local Steph Burgess shared her own pictures of a male kangaroo hanging out in her Canberra front yard.

Ms Burgess was used to roos, having one who hung out in her yard so often she ‘was practically a pet’.

Canberran Carolyn May said she is also familiar with kangaroos and told Daily Mail Australia, ‘I see them all the time in my partners property’.

She shared some images of big boy roos, and said they were likely males because of their size and because they were alone.

She encountered one during the fires and drought last year and said he was ‘haggard and he just looked tired.’

‘I am 5’4 and I’m pretty sure he’d have been taller than me if he decided to stand up,’ she remarked.

‘There were reports of lots of kangaroos eating peoples lawns and standing in their sprinklers,’ she said of the summer of 2019/2020.

‘It is highly unusual for them to come right into suburbia but desperation for water and food obviously was stronger than fear of human populated areas.’ 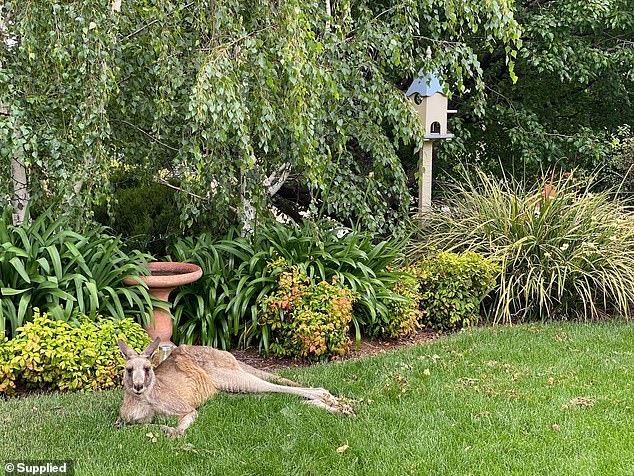 Local Steph Burgess shared her own pictures of a male kangaroo (pictured) hanging out in her Canberra backyard. She had another smaller kangaroo, Slowpoke, who would spend time in her yard so often she was ‘practically a pet’ but hasn’t been since last summer

Watch .. Eibar goalkeeper scores an early goal against Atletico Madrid, and Suarez responds to it