Footy legend Wendell Sailor walks his rising NRL star son Tristan, 24, into court as he’s granted bail over allegations he drugged a woman before raping her

Out-of-contract NRL player Tristan Sailor, who is facing a charge of aggravated sexual assault, has had his bail extended and varied when he briefly faced a Sydney court.

Tristan Sailor was charged in October over an incident involving a 24-year-old woman. 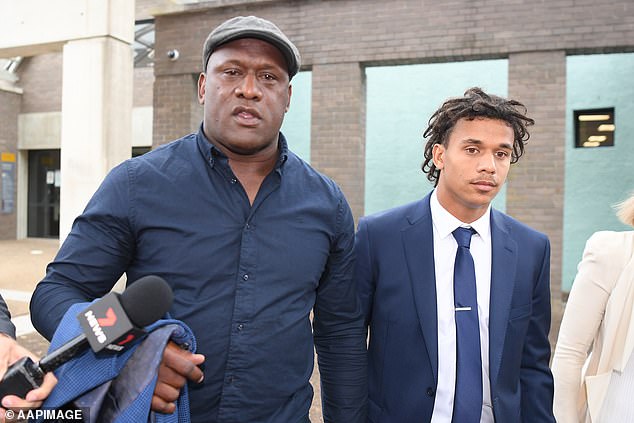 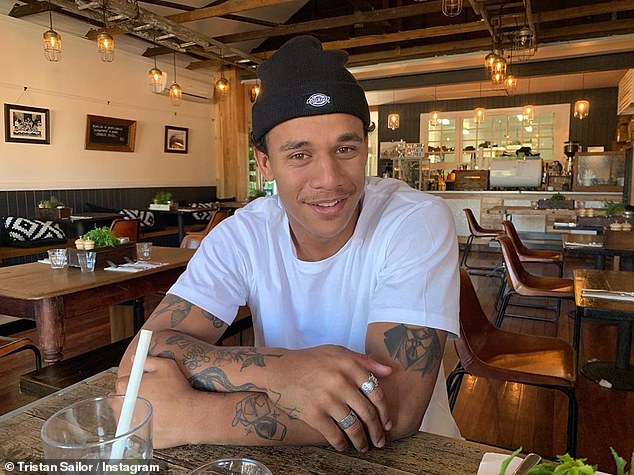 Among bail conditions set during his five-minute hearing are that he abstain from alcohol and illegal drugs, not enter the south Sydney suburb of Wolli Creek, observe a night-time curfew, report three times a week to Wollongong Police Station and surrender his passport.

Sailor is scheduled to appear again in the Sutherland court on January 28.

In a statement after his arrest, police said they would allege in court that the woman sustained injuries when she was sexually assaulted at a home in Sydney’s south.

The NRL stood down Sailor under their no-fault policy, before his contract with the Dragons officially ended on October 31.

It means even if he attracts the interest of another club, he won’t be able to return to the field until his court case is complete. 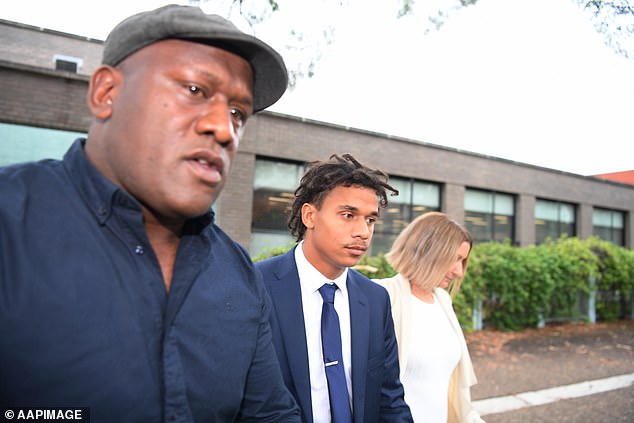