Premier Mark McGowan’s Labor government will claim what is shaping to be a crushing victory in the West Australian election.

The ABC’s electoral analyst Antony Green called the election for Labor with less than one per cent of the vote counted.

Early results are indicating a remarkable and climbing double-digit swing to Labor and an almost 10 per cent fall in the Liberals’ vote. 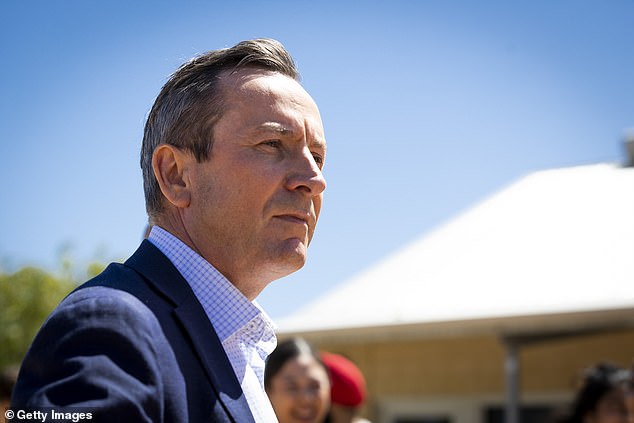 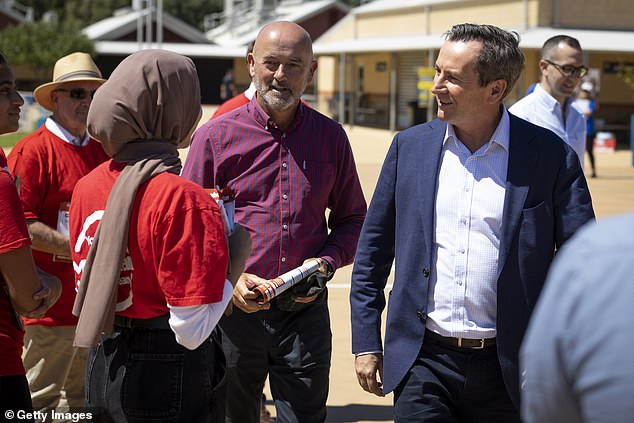 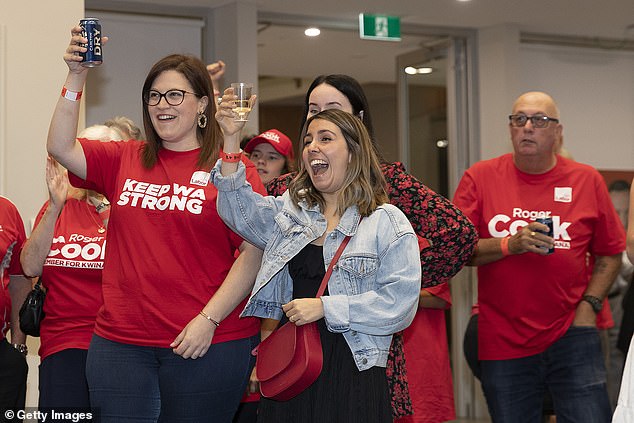 It suggests the Liberals could be reduced to a handful of lower house seats and potentially lose their official opposition status to the Nationals.

Labor’s parliamentary majority could ultimately be the biggest held by any party in WA’s history.

‘This is a disaster, let’s be honest about it,’ retiring former Liberal leader Mike Nahan told the ABC.

Zak Kirkup is poised to become the first WA Liberal leader to lose their seat since the 1930s.

The 34-year-old has vowed to quit politics if he is rolled in the seat of Dawesville.

Cheers rang out across Labor’s election-night function as results flashed up predicting gains in Kalgoorlie, Darling Range and Hillarys. 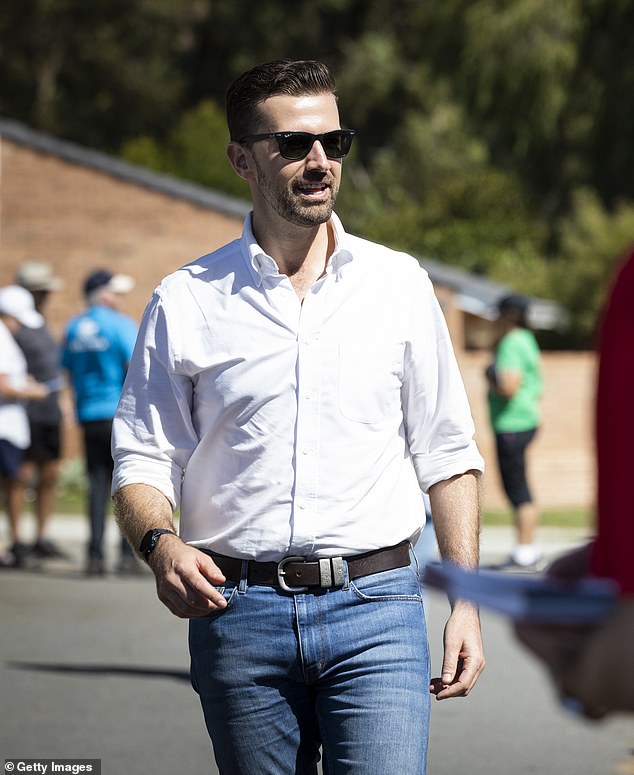 ‘People are recognising that Labor’s a good government,’ he said.

‘Mark McGowan is a great premier and has led a good government that takes responsible and careful decisions and doesn’t act out of temper.’

Liberal MP David Honey’s safe seat of Cottesloe is one of the very few the party will have some confidence of retaining.

‘There are going to be some really excellent people who will possibly lose their seats,’ Mr Honey said.

‘The whole electoral cycle just turned to a vote on COVID or how well the government had handled COVID and that’s what we’ve seen coming through to this election.’

Federal Liberal senator Ben Small earlier told Seven News that anywhere between five and 10 seats being held by the party ‘will be celebrated’.

Mr Kirkup voted alongside his father Rob in his electorate on Saturday, saying he had no regrets about the Liberals’ campaign.

Asked whether he ever thought it was possible for the Liberals to win the election, Mr Kirkup – who took over the leadership in November – replied ‘probably not’.

‘The reality is, history would be going against us in any case – 1974 was the last time that a first-term government was voted out of office in Western Australia,’ he said.

Mr McGowan visited a polling place in the district of Hillarys, the Liberals’ most marginal seat and one that appears certain to fall to Labor.

The premier said COVID-19 had presented ‘one of the biggest crises the country and world has seen since the Second World War’.

‘It’s been an affirmation for me of the great spirit of our state and we want to have the opportunity to make sure Western Australia stays on its current pathway,’ he said.

Congressman Matt Gaetz mockingly stated he had 'the liberty variant' of COVID-19 - addressing a rally...