West Australians will be required to keep wearing face masks indoors for another week after emerging from a Covid-19 lockdown.

Premier Mark McGowan has confirmed some interim restrictions will remain for Perth and the Peel region until 12:01am on Saturday, May 8.

It comes after WA recorded a fifth straight day of no locally acquired cases, having completed a snap long-weekend lockdown.

Masks will not be required outdoors from this Saturday unless physical distancing is not possible, such as at major sporting events. 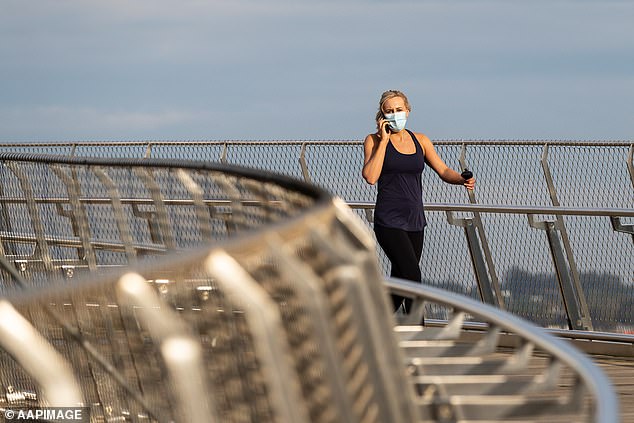 Face masks will no longer be mandatory outdoors in Perth and the Peel region from Saturday but they will still be compulsory in indoor settings until 12:01am on May 8

That includes Sunday’s AFL western derby between West Coast and Fremantle at the 60,000-capacity Optus Stadium, which will be allowed to host a 75 per cent capacity crowd.

The 75 per cent limit also applies to other major stadiums and arenas.

Cafes, restaurants and other hospitality businesses will return to pre-lockdown capacity but patrons will be required to wear face masks.

Masks are also mandatory in workplaces, for secondary school students and teaching staff and on public transport.

‘If you leave your home, take your mask with you,’ the premier said on Thursday.

‘I know wearing masks is annoying and frustrating for many people, but I would just ask that we keep following the health advice and always use common sense.’ 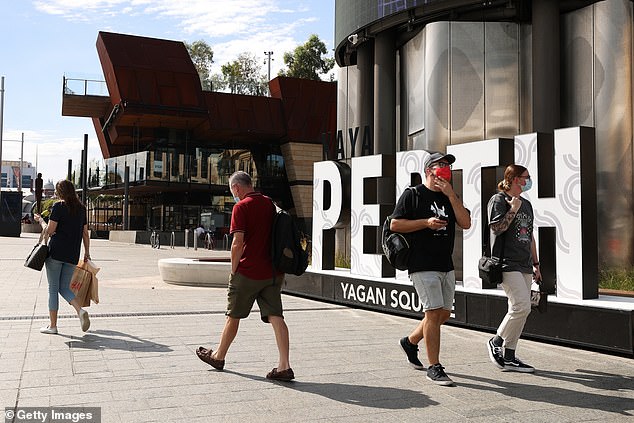 Indoor weddings and funerals will be permitted to host up to 200 guests, community sport is allowed to resume with spectators and patients in hospitals, aged care and disability care can have a visit from one household per day.

The restrictions apply to anyone who has been in Perth or Peel since April 17 and subsequently travelled to another region.

Mr McGowan said the May 8 finish date ensured a 14-day incubation period from when the last locally-acquired case was detected on April 23.

Two locally acquired infections were found after it was confirmed the virus had leaked out of the Mercure quarantine hotel last week.

Authorities have identified 399 close contacts of confirmed cases from the latest lockdown and all have returned negative test results.

But Mr McGowan warned that it was possible WA could record more locally-acquired cases next week and close contacts would continue to be closely monitored and re-tested while completing their 14-day quarantine period. 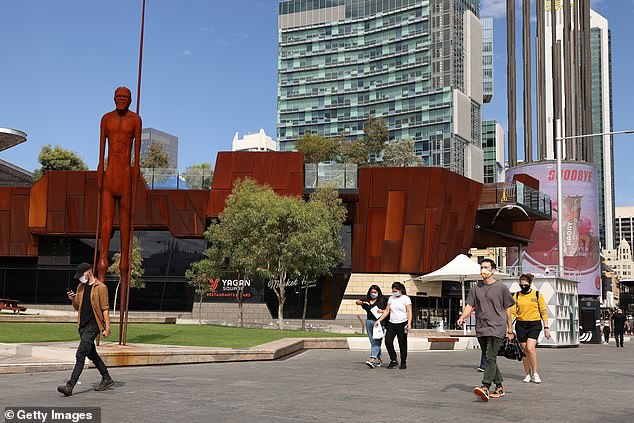 No locally acquired cases of Covid were recorded in Western Australia on Thursday, for the fifth straight day

Initial treasury estimates have suggested a $70 million hit to the economy from the lockdown.

Small businesses that incurred direct costs, such as loss of perishable goods, will be eligible for support grants of $2000, the premier announced.

‘I know it might not be everything some businesses would want but it is an acknowledgement of the impact and some support to assist,’ he said.

It will result in an indefinite reduction in WA’s cap on international arrivals, which has already been halved to 512 a week for the next month.

Opposition Leader Mia Davies said the lockdown could have been avoided had the government acted on warnings about ventilation issues within its quarantine hotels.