West Ham try to flog the FA Cup! Club’s co-owner David Gold attempting to sell trophy he bought in 2005 with fears it could leave the UK

West Ham co-owner David Gold will attempt to sell the oldest surviving FA Cup on Tuesday, prompting fears it could be picked up by an overseas buyer and disappear out of the UK.

Gold bought the trophy in 2005 at auction for £478,000 while chairman of Birmingham City, claiming at the time he was doing the nation a favour.

‘This is surely one of the country’s most important items of sporting heritage and seemingly no one was prepared to do anything about keeping the cup in the country,’ he said. 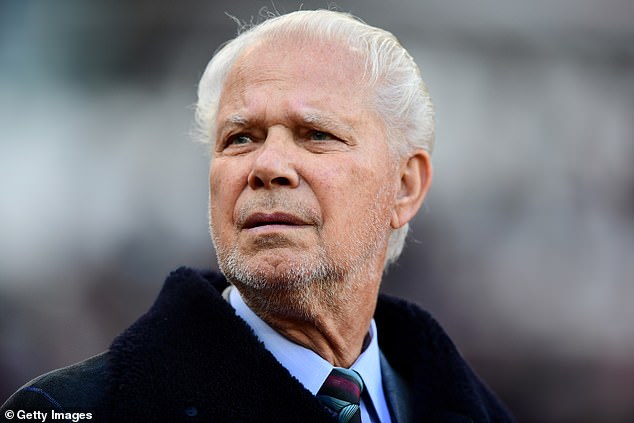 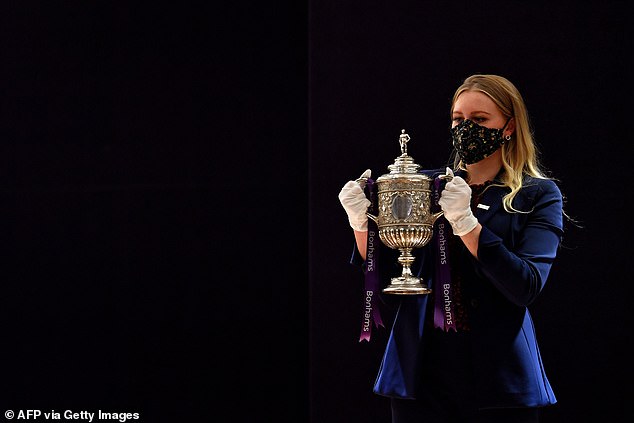 Gold bought the trophy in 2005 at auction for £478,000 while chairman of Birmingham City

But the 84-year-old could find himself in profit today when the trophy comes up for auction at a Bonhams sale— it is expected to fetch up to £900,000.

The businessman’s ownership of the trophy has prompted many to joke that it is the closest West Ham have ever come to holding it under Gold and David Sullivan’s ownership.

But it is an extraordinary piece of football history: the first trophy won by Bury, Tottenham Hotspur, Manchester City, Sheffield United, Sheffield Wednesday and Newcastle United — and the first of the 12 FA Cups clinched by Manchester United. 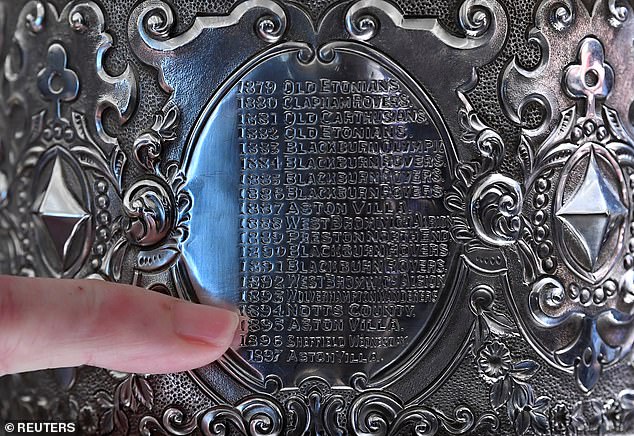 The two-handled silver trophy is also a remnant of the days when football was being transformed from the domination of public school players to a sport for the masses.

When United competed for it in 1909 — beating Bristol City 1-0 in the final — London coffee houses opened at 5am to serve the fans who swarmed down to the capital on specially commissioned trains.

The trophy was withdrawn by the Football Association that year, when United made a replica and the governing body realised it didn’t own the copyright. 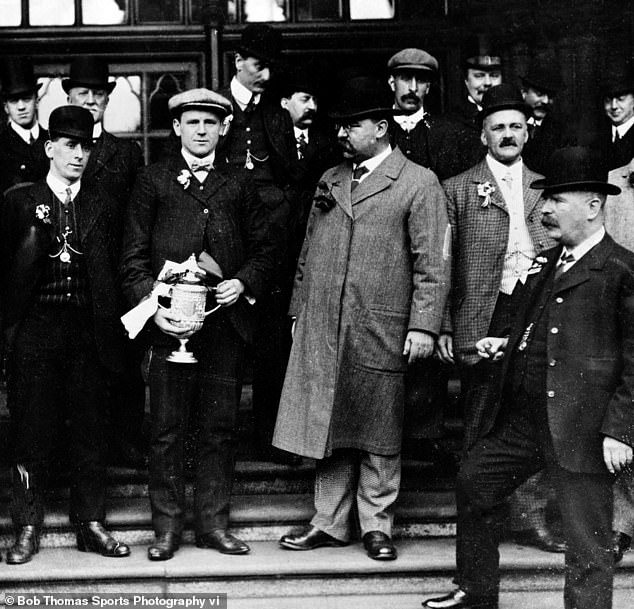 It was made as a replacement for the first FA Cup, which was stolen from a shop window in 1895 while held by Aston Villa and is thought to have been melted down.

The FA appear to be in no position to spend the £700,000-£900,000 to buy back the trophy and United have also said that the pandemic has had severe economic consequences.