Baby whale is found stranded in the Thames: Crowds flock to see ‘very lost’ animal as experts try to save it after it became beached at Richmond Lock

A desperate rescue is under way after a baby whale was spotted stranded along the River Thames today.

Crowds of concerned spectators gathered along the river in Richmond Lock, south west London, after the aquatic mammal – which is normally found in deep waters- was spotted floating in the waters earlier at around 7.30pm.

Earlier today, rescuers began checking the infant’s vitals and hosed the animal down with water at the river’s edge as they waited for a team of marine experts to arrive.

An RNLI lifeboat, which was deployed from Chiswick, west London, is now at the scene along with the Fire service.

The beached whale, which some witnesses have claimed could be 13ft-long, was spotted earlier in the day swimming in the Thames under Barnes Bridge before it became stranded in Richmond.

Earlier today, Richard Frank, who is at the scene in Richmond Lock, said: ‘Seems to be a baby whale stuck by Richmond Lock Bridge… Poor thing. Being looked after by the lock keepers and waiting for experts to arrive.’

While another added: ‘This is one very very lost whale. It’s gone through the whole of London to Richmond Lock.’

Meanwhile another wrote on social media: ‘There’s a beached whale in the #Thames in #Richmond.’

And another added: ‘Whale stuck at Richmond lock bridge!’

The scenes come after a giant sperm whale was spotted in the Thames Estuary in January last year. 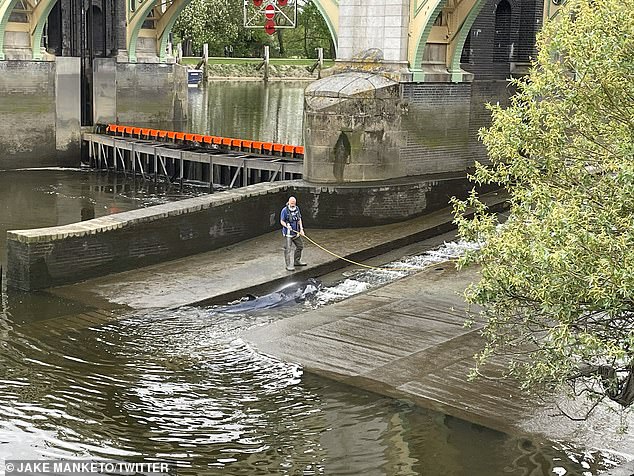 Crowds of spectators have gathered along the river in Richmond Lock, south west London , after the aquatic mammal was spotted 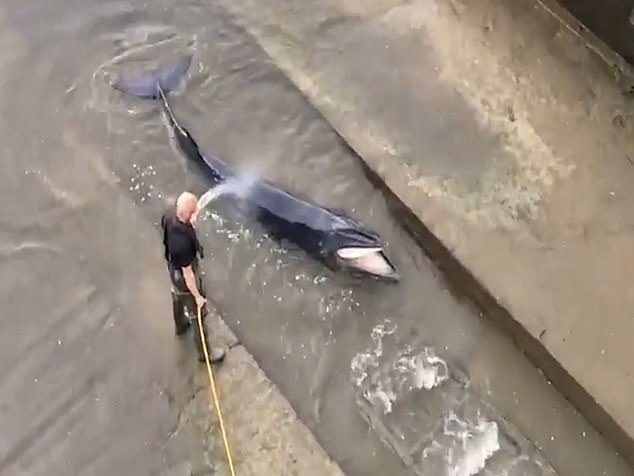 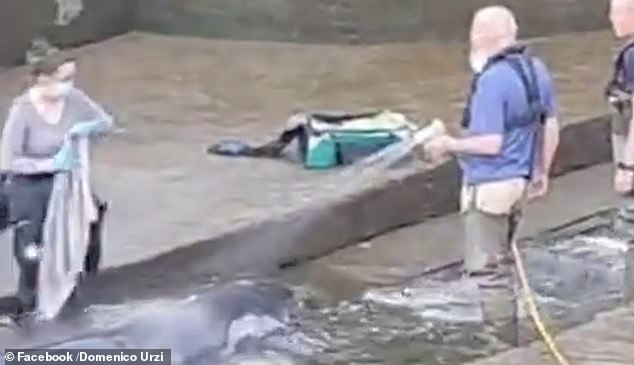 The huge mammal was first spotted off the coast in Whitstable, Kent, before it was seen in The Swale, a stretch of water between the Isle of Sheppey and the Kent mainland.

Volunteers from the charity British Divers Marine Life Rescue (BDMLR) were later dispatched to The Swale to closely monitor the sperm whale from a distance.

Highlights from Week 15 of the college football season

Washington denies its connection with the illegal protests in Russia

First they lost James Harden, then Kyrie Irving, and finally the Brooklyn Nets lost their lead...