What does Prime Minister Boris Johnson mean for your finances?

Where do we go now? Boris Johnson’s arrival as Prime Minister spells another leap into the unknown for Britain and for our finances.

Boris’s path to Downing Street was delivered by a resounding victory in the Tory leadership contest rather than a general election, allowing him to get in with only some very loosely defined policies.

The biggest noises among the things he hinted at were those that would affect our personal finances, cutting stamp duty, lowering taxes and sorting the social care mess.

On the nation’s finances, he also signals a change in the mood music. Boris looks far more likely to loosen the purse strings, cut taxes and increase spending. 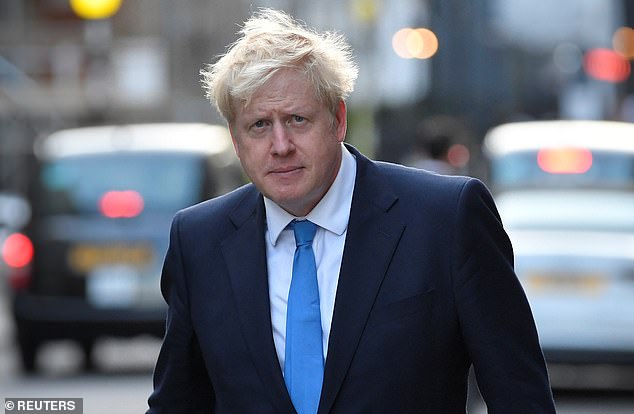 Boris Johnson as Prime Minister represents another leap into the unknown for Britain, with promises to cut taxes and spend more but also consider a no-deal Brexit

A desire to be a crowd-pleaser may mean he is willing to think bigger and bolder on some problems that people have long grumbled about.

At the same time, he is likely to be less worried about balancing the books and being seen to be giving money to the wealthier.

Stamp duty, the pension annual and lifetime allowance, the 60 per cent income tax band as the personal allowance is removed above £100,000, raising the higher rate tax threshold, and simplifying inheritance tax all look like Boris-style moves – if only because they sound like exactly the kind of thing he would have railed against in his newspaper columns.

If Boris has any sense – and I suspect that under all the bluster he may have – he will match every perceived giveway to the richer in society with an even better one for the poorer.

Under normal circumstances, if we get that Boris then you would expect it to put a bit of swagger in the economy’s step and be good for people’s finances and investors, at least in the near future.

But that very near future also includes Brexit.

Boris has promised to get Britain out of the EU by 31 October – and if that means no deal, so be it.

Personally, I doubt we’ll be leaving by that date, or that he wants no deal.

The pledge to get us out by the latest Brexit deadline and the no deal threat is being used as a bargaining chip by Boris – meaning that he is likely to step up some ostentatious no deal planning.

The problem is that the EU can see this coming a kilometre off, although Boris’s unpredictable character means European leaders will be more convinced that he is not simply calling their bluff. Behind closed doors, the conversations will revolve around ‘he might just actually do it’.

In Boris’s favour, we aren’t the only ones who want this done – the EU is also mightily fed up of the time being spent on Brexit – and you suspect both sides would be highly amenable to a face-saving compromise over the contentious Irish backstop (the kind that means they could both claim victory).

Working against our new Prime Minister is that Parliament is very keen to take away Boris’s no deal bargaining chip and he has a wafer thin majority.

His majority is just two at the time of writing, including DUP support, and possibly one after the Brecon & Radnorshire by-election next week.

Tie this into Boris’s hinted expansionary economic plans and you have the potential for a binary outcome: Britain could either see a big relief bounce, or a sizeable slump as fear takes hold.

Boris is not my choice for Prime Minister, but nor do I want him to fail – as so many seem to do – largely because I’d like to see Britain succeed, whoever is in charge.

In the meantime, expect more volatility and possibly an even greater leap into the unknown at some point.

Boris and his ideas: What could it mean for your money

Cutting stamp duty would be a popular move. What was once a flat rate tax charged at 1 per cent, was changed by Gordon Brown to cash in on high house prices and has been used for similar purposes by subsequent Chancellors ever since.

This is a tax that only affects most people a handful of times in their lives – many will not move home more than five times – but it can lead to them paying out thousands if not tens of thousands of pounds at a time when they need as much money as possible for a deposit.

First-time buyers have been taken out of the stamp duty net up to £300,000, but for those buying as a couple neither must have ever owned a home before.

However, there has also been talk of a more radical overhaul, shifting the bill to sellers not buyers, which would in theory lower the bills of all those going up the ladder, but not those downsizing.

> Use our stamp duty calculator

Britain’s social care system, particularly looking after adults in later life, is a mess. Care home fees have spiralled in recent years and now cost £844 per week on average, which works out at almost £44,000 a year.

Some get help from the state, but others with assets or property worth more than £23,250 must pay all their bills themselves.

A comprehensive review was carried out into social care by Andrew Dilnot in 2011 and recommended raising the wealth threshold to £100,000 and bringing in a lifetime care bills cap at £35,000. David Cameron’s government later planned a cap at £72,000.

Despite broad approval none of the Dilnot Review was enacted and Theresa May’s disastrous flirtation at the 2017 election with introducing home care charges and a ‘floor’ rather than a cap with a wealth threshold of £100,000, to which level assets would be run down, was branded a ‘dementia tax’.

Dealing with the social care crisis was shelved and not helped by Brexit dominating the agenda.

Boris has said fixing social care is a priority. He would be most likely to bring in a Dilnot Review-style policy. For many who never need to go into a care home this would not save money – although they would know a better system was in place if they did – for those who do end up spending years in care it could be worth tens or hundreds of thousands of pounds.

Boris has indicated a desire to lift the 40 per cent higher rate tax threshold from its current £50,000 to £80,000 and also to raise the threshold at which national insurance kicks in to £12,500 – in line with the personal allowance.

Lifting the higher rate tax threshold would benefit higher earners, but the argument for it is to reverse years of fiscal drag, where the level at which it kicked in failed to keep pace with inflation and wages and dragged more into its net.

The effect would be mitigated by the likelihood of the NI upper earnings limit rising in line with this, which would mean that people continued to pay 12 per cent national insurance up to that £80,000 level.

Those at the other end of the pay scale have a tax-free personal allowance but start paying NI at the £166 per week primary earnings threshold, about £8,600 per year.

Those earning up to £12,500 would pay no tax, compared to 12 per cent now, those earning more than that would save on the 12 per cent NI paid up to the primary threshold.

Such a tax cut would, of course, cost money.

Estimates from the IFS put raising the higher rate threshold cost at £9billion per year, with the top 10 per cent of earners benefitting to the tune of £2,500 on average. The biggest gains would go to big income pensioners, who don’t pay NI.

Raising the national insurance threshold would £11billion and take 2.4million workers out of the tax altogether.

One move that would benefit only higher earners but remove a harsh quirk in the tax system would be axing the gradual removal of the personal allowance above £100,000. Those affected pay an effective income tax rate of 60 per cent between £100,000 and £125,000, at which point their personal allowance is gone entirely and they switch back to a 40 per cent rate.