What is ICO? Beginner’s Guide to ICO Investing

Are you the one looking for something big in cryptocurrencies today? Then, a closer look at the Initial Coin Offering (ICO) can be the best to start with.

Basically, the idea of presale coins or tokens of blockchain project created a crazy successful instrument. Hence raising the funds for the development of the new application. The amount of money that ICOs raised in the previous year is quite astonishing. In the year 2018, there were 1258 ICOs that originated raising funds of $7,852,477,041.

And now is the time to get you through a detailed journey about the ICOs….

ICOs abbreviated as Initial Coin Offering, is a means of crowdfunding system that accepts cryptocurrencies or tokens for funding project development. The developer collects the funds invested by investors to launch the project. Basically, the white paper and some important people of the crypto community support the project.

Today, most token sales run on Ethereum blockchain via a smart contract. These smart contracts collect Ethereum tokens and automatically exchange them for new tokens owned by a start-up company. Basically, this is a P2P system that does not require any exchange or broker as middlemen.

At the time of writing, there were 6,136 cryptocurrencies listed on the website Coinmarketcap. Of which more than 1,000 coins are now available on various exchanges and many more in the process of listing. Notably, not all cryptocurrencies pursue their own blockchain rather they’re issued on top of another blockchain.

Back in 2013, the first ICO was by Mastercoin, which raised around US $600,000 for a project to build a Bitcoin exchange and transaction network. The first ICO-distributed cryptocurrency was Ripple.

Ripple Labs began to build the payment system called Ripple in early 2013 and produced about 100 billion XRP tokens. This token was sold by the company to finance the Ripple platform ‘s growth.

Later in 2013, to conduct smart contracts and tokenize Bitcoin transactions, Mastercoin agreed to build a layer on top of bitcoin. Some million Mastercoin tokens were sold against bitcoin by the creator.

How Does Initial Coin Offering Work?

Prior to raising capital to your startup, it is always necessary to know the work process of the Initial Coin Offerings. Here you go with the basic steps which help in making the token sale a huge success.

How To Participate In ICOs?

1: There are a range of sites, including Reddit, Cyber Fund and even social networking sites such as Facebook, that list current and upcoming initial coin offerings.

2: To invest, the first step of the process is to determine which project or company launch is of the greatest interest.

3: After you have done proper research and are willing to participate in the ICO, the next step is to create an exchange account.

4: Set up a cryptocurrency wallet when searching through the ever-growing number of ICOs hitting the worldwide site.

5: In addition to recognising the ICO itself, due diligence is often recommended in order to prevent scams and other schemes.

6: ICO Rating provides investors with a complete evaluation of the project or business in question and other organisations providing any additional context if further details are necessary.

Comparatively, ICOs has more pros as compared to IPOs. Basically, ICOs use token for its crowd sale, the users are now moving from crypto coins towards tokens. Let’s dive deeper into the benefits of ICOs.

It is always necessary to evaluate every single aspect of the project and cutting it down to its precise execution strategy. Keep these following points in mind while evaluating an ICO.

Till now the ICO market has seen only success and also there some fundamentally strong projects where a correction is due in time. There was one factor that was fueling the Initial Coin Offering frenzy but even that is changing gradually. Some sort of red taping is expected around ICOs in the near future.

Having a strict framework will always help in separating good projects from bad ones and potential scams. When it comes to a regular investor, it is necessary to weigh the benefits, risks and potential legal upswings of ICO landscape before investing.

If the room of the ICO grows larger and larger, the amounts generated by the largest projects often do so. Both the amount of money generated in the ICO as well as the return on investment should be considered when assessing ICOs.

In the end, ICOs are an amazingly modern way of collecting money, and without being messed over, everyone is trying to adjust to the new ways. If you think you can make a work on a promising new ICO, make sure you do your research in advance. Cryptocurrency is all about high risk and high rewards, and there is no distinction between ICOs. 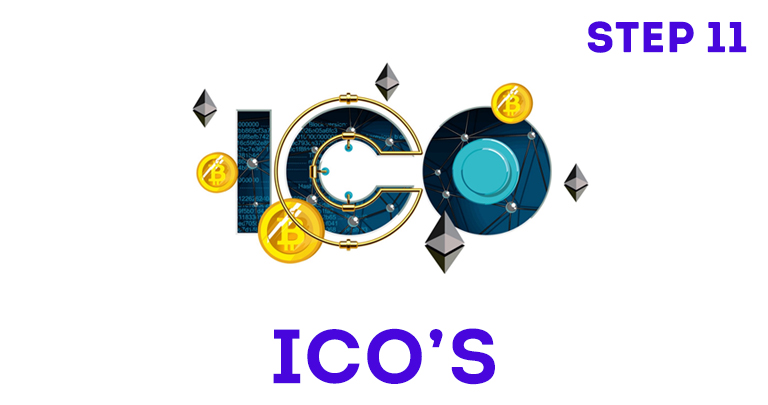 What is ICO? Beginner’s Guide to ICO Investing | Coinpedia.org

You might have heard about ICOs, but do you rarely know what is ico and how ico works? Get a detailed guide on ico investment and how to benefit from it!

Covid: What is the risk to Donald Trump's health?