What is the incubation period for Omicron? Is it time for a fourth dose of the Corona vaccine? | health

Is it time to receive a fourth dose of the Corona vaccine? What is the incubation period for an omicron mutant? What is the secret of the optimism of some scientists that the impact of the virus will diminish in 2022? The answers are in this comprehensive report.

Is it time for a fourth dose?

The direct answer, according to the data currently available, is no, as it is too early to talk about a fourth dose of the Corona vaccine, as the highest body responsible for regulating medicines in the European Union does not recommend it, and also many scientists say that there is not enough data to support giving a fourth dose.

And last week, the head of the European Agency’s Vaccine Strategy, Marco Cavalieri, indicated, in a press interview, to “the absence” of data supporting the “supposed” broad efficacy of a second booster dose, according to a report in Deutsche Welle.

Cavalieri pointed to another issue, which is that repeated reinforcement can have a negative effect on the immune response to Covid-19, which may cause fatigue for those who have already received several doses of vaccines (weaken the immune response and tire out people), according to what was reported by the “Bloomberg” website. (Bloomberg).

The researchers say that although there is no clinical data that proves the effectiveness of multiple doses of the vaccine booster, there is also no support for the idea that repeated boosters can cause the immune system to “fatigue” in people, because the research has never been attempted in this aspect.

Most likely, Cavalieri was referring to concerns that having immune bodies (such as those provided by vaccines) constantly in front of the body’s immune system, over and over, could lead to T-cells becoming allergic or “exhausted,” Sarah said. Fortune, a professor at the Harvard TH Chan School of Public Health, in the Department of Immunology and Infectious Diseases, in an email to Deutsche Welle.

T cells play a key role in fighting off COVID-19 once it enters the body.

“T cells become dysfunctional when they see antibodies repeatedly in certain contexts, and what has been best studied in this context is what happened with HIV or cancer, where the antigen (antibody) is present all the time,” Fortune said.

In the same vein, Paul Offit, director of the Center for Vaccine Education and attending physician in the Department of Infectious Diseases at Children’s Hospital of Philadelphia, decisively rejected COVID-19 promotion policies, calling this strategy misleading.

Offit – who is also a member of the US Food and Drug Administration’s Vaccine Advisory Committee – said that although the vaccines “work well and keep people out of mortuaries and intensive care units in hospitals, the focus should now be on giving the first and second vaccine doses to people who are not Immunized people, instead of continuing to boost those who already received the first two doses of the vaccine, he told Deutsche Welle.

The Centers for Disease Control and Prevention (CDC) in the United States says that although two doses of the vaccine prevent severe disease in most people, boosters can help protect against severe disease in people in susceptible groups. Like the elderly, it is at risk of re-infection from new variants such as Omicron.

For her part, Dr. Monica Gandhi, an infectious disease specialist at the University of California, San Francisco, said that based on the data available so far, the fourth dose is not justified, in a statement to the “Healthline” website.

“The third dose will help increase protection, but we don’t yet have a rationale for a fourth dose,” Gandhi added.

What is the incubation period for Omicron?

It has become confirmed that the Omicron mutant is more contagious than Delta, as it spread rapidly due to its ability to penetrate the immune system of people who have been vaccinated or previously infected with the Corona virus, according to a report published by the French newspaper “Le Figaro”.

In this regard, Pierre-Yves Pouille, a professor at the Pierre-Louis Institute of Epidemiology and Public Health in France, confirms that “the greater the ability of the virus to transmit from one person to another, the higher the proportion of infected people in general.”

Current research shows that the incubation period for the omicron mutant (i.e., the period from infection until symptoms appear) may not exceed 3 days, compared to 4 days for the delta mutant, and 5 days for other strains. If these data are confirmed, it is expected that the spread of the virus in the new wave will be faster than the previous one, similar to what was observed in South Africa.

Does Omicron cause severe forms of the disease?

Professor Yazdan Yazdan Banah, an infectious disease specialist and member of the French Scientific Council, asserts that “in countries affected by the Omicron outbreak before France, patients were hospitalized at a lower rate than previous waves.” He adds that patients who were admitted to hospitals “had less need for oxygen, less often admissions to intensive care, and shorter stays in hospital.”

Preliminary studies indicate that the omicron mutant is 50 to 80% less dangerous than delta. Doctors explain this by collective immunity and the immunity of vaccines acquired during the last period, which reduces the chances of infection with severe forms of the virus.

Yazdan Bana explained that the reason is the nature of Omicron itself, as “the data indicate that this mutant affects the upper airways, which causes less damage to lung cells compared to previous strains.”

The fifth wave of Covid… Hope and justifications for caution

Despite France recording about 300,000 new cases of Covid-19 daily, and the pressure this puts on public hospitals, French government spokesman Gabriel Atal is optimistic about the development of the epidemiological situation.

In his report published by the French newspaper “Le Monde”, Romain Embach said that government spokesman Atal said in a statement to the French channel “C News” on January 18 that there are “reasons for optimism”.

This optimism is consistent with a report published by the Financial Times, in which the writer Clive Coxen said that the Omicron mutation threatens to erupt another health crisis in the next few months, but the most likely scenarios show a major future breakthrough for the crisis thanks to the increasing collective immunity of the world population. Which would reduce the effects of the virus on health.

“The incidence of omicron in Europe and North America has risen very rapidly and we may see a decline at the same speed in the next month or two,” said Sir Jeremy Parrar, director of the Wellcome Trust Center for Medical Research. “After the omicron infection wave is over, the immunity we have gained will likely give us a period of stability, but there are many ways in which this can happen,” he explained.

According to the author Coxin, despite the threat posed by the Omicron mutant to global health, scientists are optimistic that the impact of the virus will diminish in 2022. 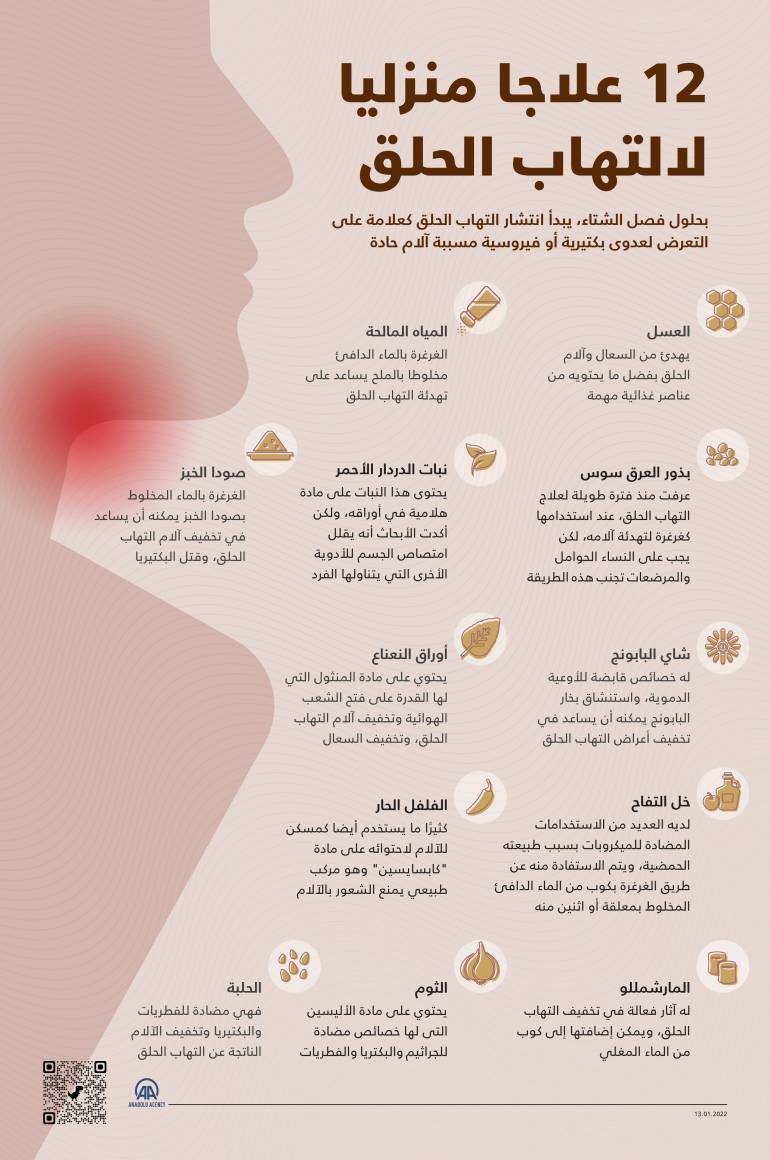 With the fifth wave of the spread of the Covid-19 virus, some see signs of hope looming on the horizon after it was found that the new, rapidly spreading, mutant Omicron is less dangerous than the previous ones, in addition to the decrease in the number of critical cases that require health care, and the rate of spread in many regions . But these positive indicators should not obscure the worrying aspects of the epidemic.

For the first time since the beginning of the fifth wave, the number of patients requiring admission to the intensive care unit in France decreased by 5.7% during the past week. On the other hand, the latest epidemiological assessment issued by the Public Health Department indicates that the increasing number of cases requiring medical care has put pressure on hospitals.

Since January 16, the number of daily hospital admissions as a result of infection with the virus has reached 2,317 patients, while this number did not exceed 2,080 patients the previous week. Thus, the total number of people infected with the Corona virus who have been hospitalized since January 16 has reached 24,887. As of the same date, about 4 thousand people were transferred to the intensive care unit across France due to infection with the Corona virus.

Hospitalization of Omicron patients is lower among Delta patients

The average daily death toll from infection with the Coronavirus was 218 for the week of January 10-16. Last December, the French Public Health Department recorded a decrease in the number of injuries requiring hospitalization compared to the number of recorded injuries.

In its memorandum issued on the 14th of this month, the Directorate of Research, Studies, Evaluation and Statistics considers, based on the French data platform model, that the hospital stay for patients with the Omicron mutation is less than the period recorded for those with the Delta mutation.

And according to what the French epidemiologist Arnaud Fontanet said during an interview with “France Inter” radio on the 17th of this month, “We are in a stage that we anticipated in advance, where the Omicron mutant replaces the Delta mutant that swept all over the world. But despite the spread of the new mutant in all parts of the world. countries, the delta mutator is expected to reappear in the next few weeks.”

The writer pointed out that the number of infections in Britain fell by half, after the peak of the fifth wave of the spread of the Corona virus was recorded at the beginning of this month, with a decrease in the number of daily deaths since the middle of this month.