What path is left for Trump after his “unusual” accusation for possible crimes? 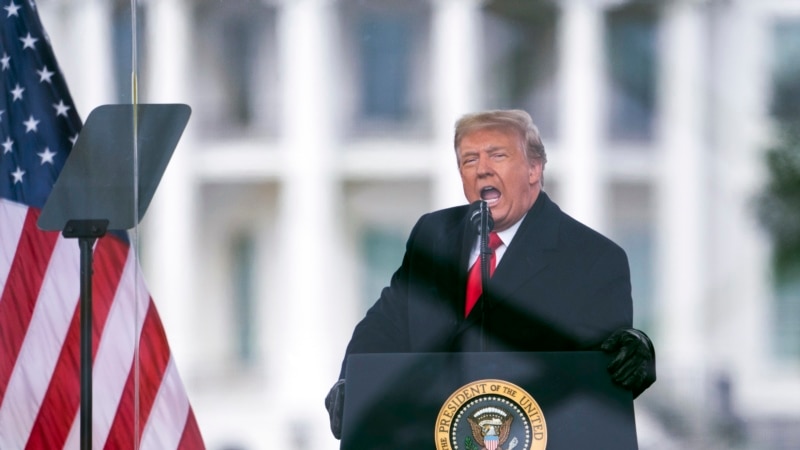 In a ruling related to a congressional investigation into the storming the capitol of the United States on January 6, 2021, a federal judge concluded this week that it is “more likely than not” that former President Donald Trump committed two federal crimes as part of a campaign to nullify Joe Biden’s victory in the US presidential race. 2020.

The ruling by David Carter, Judge of the US District Court for the Southern Division of the Central District of California, concerned an attempt by attorney John Eastman, an adviser to the former president, to claim that certain documents sought by the Select Committee of the House of Representatives to investigate the attack on Capitol Hill are protected by executive privilege, and the committee has no right to them.

The case involved 111 documents, most of which the judge determined were non-privileged material. Congressional investigators argued that the remaining 11, which might have been protected under normal circumstances, are subject to the “felony fraud exception,” which states that the documents cannot be considered privileged if they were created to further the commission of a crime. .

Carter ruled that only one of the documents was subject to the felony and fraud exception, but in doing so, he explicitly said that he believes the evidence in the case suggests that Trump committed two federal crimes.

“Based on the evidence, the Court finds that it is more likely that President Trump and Dr. Eastman dishonestly conspired to obstruct the Joint Session of Congress on January 6, 2021,” Carter wrote.

He further wrote: “Based on the evidence, the Court finds it more likely than not that President Trump corruptly attempted to obstruct the Joint Session of Congress on January 6, 2021.”

“Given that this is the first time, I think, that a judicial opinion has bluntly called a criminal president, one can say that it is unusual,” he told the press. voice of america Mark Graber, professor of law at the University of Maryland School of Law.

The ruling, Graber said, was “harsh and forceful, but probably to the point. The evidence shows that the former president probably committed a crime.”

However, Graber noted, to the extent that the ruling itself could harm the former president, it is, for now at least, purely political. Trump has not been formally charged with any crime, the academic stressed, and “a judge cannot issue a ruling announcing that a person is a criminal.”

A spokesman for the former president called Carter’s ruling “absurd and baseless.”

Trump, who has used his personal website to issue statements since was removed from major platforms of social networks in 2021, seemed to respond to the ruling in a couple of statements.

One, issued Monday, read: “So the Radical Left Democrats in Congress and the Committee on Of selection they continue to seek the destruction of very good people’s lives, but they have no interest in going after the criminals and thugs who cheated like dogs in the 2020 Presidential Election. All the evidence is available and conclusive, but they and the fake news media they refuse to look at her or inform her. They call it the Big Liebut the Big Lie is exactly the opposite: they are the liars, they are the cheats.

On Tuesday, the former president followed up with a second statement: “So let’s get this straight. Are the Democrats committing massive and overwhelming voter fraud in the 2020 presidential election and want the Republicans to go to jail for investigating and protesting a very corrupt election? Republicans need to be tough (and smart!) and not let them get away with the crime of the century!”

Not the Department of Justicenor have US courts repeatedly found credible evidence of voter fraud in the 2020 presidential election, and dismissed a number of lawsuits presented by Trump allies.

While Carter’s ruling is not the same thing as an indictment against the former president, it certainly could be seen as a roadmap for criminal prosecution that observers say some federal judges might find compelling.

“Clearly Carter is trying to push people in that direction and judges provide roadmaps all the time,” Graber observed.

It is unclear whether the Justice Department plans to press charges against the former president.

The ruling would appear to make it more likely that the January 6 Committee will make a criminal referral to the Justice Department. However, that already seemed likely, since committee members have said publicly that they believe they have evidence that the former president committed crimes related to the attempt to subvert the elections.

Attention is now turning to the missing records known as the president’s “diary,” which by law are supposed to contain a detailed listing of the president’s activities during the day, including the names of people he spoke to on the phone, and that in the case of the eight hours that the assault on the Capitol lasted, they seem to be non-existent.

The lack of a record of phone calls during the insurrection conflicts with numerous reports that Trump spoke to lawmakers and others during the time in question.

The lack of a record has led to speculation that Trump used phones belonging to his aides, or perhaps “burnt” phones meant to be used and then thrown away.

In a statement to Washington PostTrump said: “I have no idea what a burner phone is, to my knowledge, I’ve never heard the term.”

The developments of Russia’s war on Ukraine today.. rapprochement in negotiations and Washington doubts Moscow’s decision to reduce its military activity in the vicinity of Kyiv | Politics news

The developments of Russia's war on Ukraine today.. rapprochement in negotiations and Washington doubts Moscow's decision to reduce its military activity in the vicinity of Kyiv | Politics news