On the wall in the front room of my grandparents’ house in Oldham when I was growing up was a huge framed photograph of Imran Khan in cricket whites.

And with good reason. Not only was he devilishly handsome (there isn’t a woman I know, of all ages and backgrounds, who doesn’t sigh over Khan in his prime), but he led Pakistan to its only Cricket World Cup victory, beating England by 22 runs in 1992.

I was just four, but I do remember that day and how ecstatic the family was. Naturally, we also all failed the so-called Tebbit test, to measure one’s loyalty to England and level of integration!

For millions of Pakistanis around the world, few people have been held in as great esteem as Khan, which is why they cheered him on — my family included — when he decided to go into politics in his homeland. 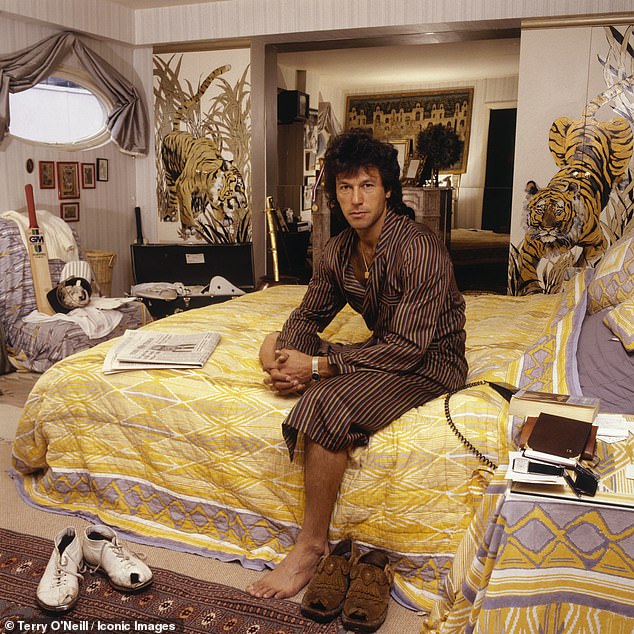 His reputation as a playboy while living in England, where he dated some of the most beautiful women of the time, may have been at odds with his Muslim roots, but it was dismissed by Khan and conveniently forgotten by his supporters.

Now Prime Minister of Pakistan, Imran Khan is back in the spotlight in the UK for his shockingly regressive views on morality and crimes against women, which, given his Western education and previous lifestyle, are all the more astounding in their hypocrisy.

In a recent question-and-answer session with the Pakistani public, the 68-year-old Oxford-educated PM was asked what his government was doing to tackle the surge in sexual violence in the country.

Khan blamed what he described as the ‘increasing obscenity’ spread by Hollywood and Indian Bollywood movies for the surge in sexual crimes against women and children.

He went on to advise women to observe purdah — a term referring to modest dress or segregration of the sexes — ‘to avoid temptation [for men]. Not everyone has the willpower to avoid it,’ he said. The implication was clear: women are, in part, to blame for attacks on them.

Unsurprisingly, his comments were met with fierce condemnation, not least from his ex-wife and mother of his two sons Jemima Goldsmith, who tweeted out a passage from the Quran as a fierce rebuke: ‘ “Say to the believing men that they restrain their eyes and guard their private parts.” The onus is on men.’

She later added: ‘The Imran I knew used to say, “Put a veil on the man’s eyes, not on the woman”.’

They are my sentiments exactly. It would seem that the young Khan certainly had difficulty resisting temptation and showed a distinct lack of willpower when it came to womanising during the years he was a fixture in London high society and nightclubs. 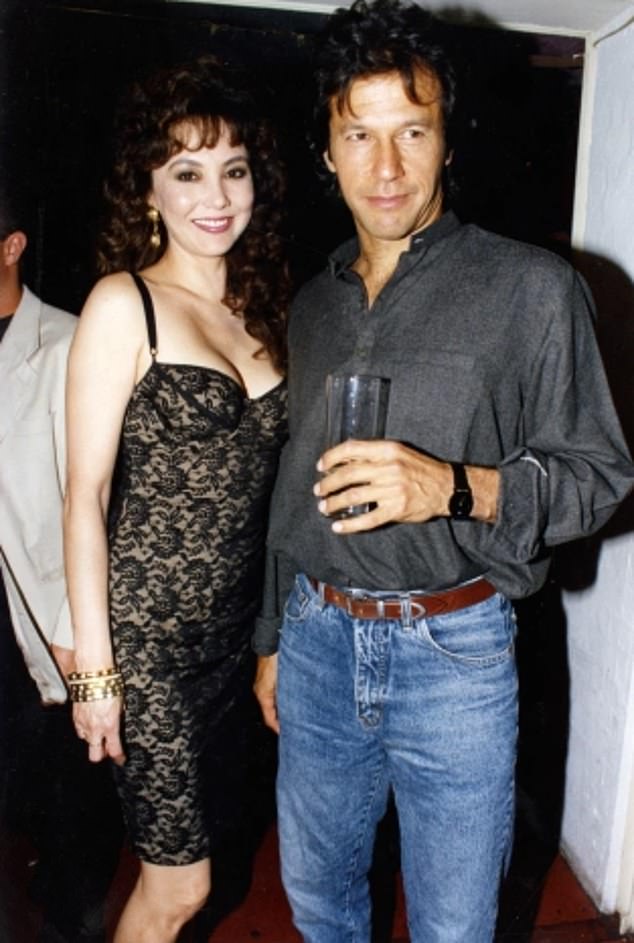 Among those he wooed were the model Marie Helvin, socialite Susannah Constantine, the artist Emma Sergeant, and actresses Stephanie Beacham and Goldie Hawn, as well as the Bollywood superstar Zeenat Aman.

And he relished the lifestyle, not bothering to hide his antics from the Press. He once posed for a photograph in his Knightsbridge flat, sitting on his bed against a backdrop of gold-painted tigers on the wall (above). It was described by one visitor as ‘a bedroom of great expectations’.

Years later, when Khan was asked by an Indian journalist why the youth of Pakistan should listen to him on matters of morality, given his history, he replied that his experience meant he was well qualified to warn them about the dangers of Western decadence and why they shouldn’t follow suit.

How very convenient! But Khan is hardly unique in this dramatic volte-face — there are too many Pakistani, Muslim men who suffer from what could be called the St Augustine complex. In his Confessions, Augustine recounts that he would pray, ‘Lord, make me chaste — but not yet!’

Khan is one of many who have taken full advantage of the freedoms offered in the West but have then ‘seen the light’ in their later years.

Nowadays, with his newfound piety and suitably devout third wife (she wears a veil and covers herself head to toe), Khan never misses a chance to lecture on the immorality of the West. 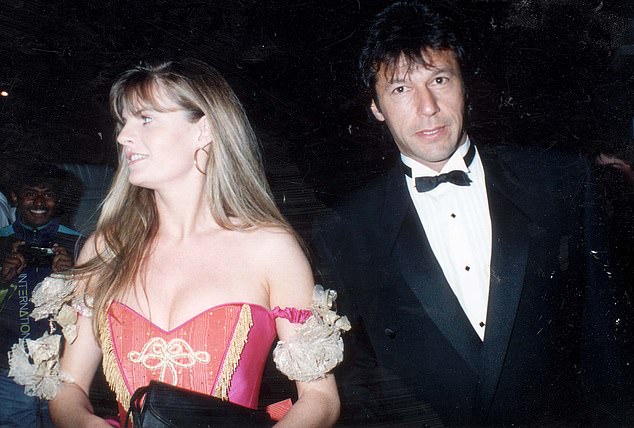 His second wife, the TV presenter Reham Khan (their marriage lasted less than a year) has often expressed the view that his overt religiosity is perhaps designed to appeal to his core voters as well as to appease the country’s Islamists.

He often communicates his desire for Pakistan to resemble the 7th-century Arabian city of Medina, to emulate the Prophet Muhammad. He is also an admirer of Turkish historical dramas and has been openly urging his citizens to watch them to learn ‘Islamic values’ and ‘culture’. No wonder his opponents’ nickname for him is ‘Taliban Khan’.

Ironically, if Khan had behaved in his own country in the way that he used to in the UK, he would have fallen foul of Islamic Shari’a law, which punishes premarital sex.

Worse, though, than his hypocrisy is his cynicism: he knows all too well that he can get away with such behaviour and double standards because he is a man. No woman deemed to have had an immoral past would be given the benefit of the doubt in Pakistani society.

Pakistan is ranked as one of the most dangerous in the world for women. Sexual abuse and ‘honour’ killings are common, and criminal complaints are rarely reported to police or seriously investigated.

Even when they are, there are shockingly low conviction rates in rape and domestic abuse cases. Until 2006, a woman had to provide four witnesses to report a rape — failing which, she would be tried as an ‘adulterer’.

Even more deplorable is the rising incidence of the rape of minors. Would Prime Minister Khan blame their rape on the clothes these girls — barely more than children — wore?

Sadly, Khan’s views on rape echo the sentiments of a large segment of society that prefers to blame the victim, or external forces such as the ‘wicked West’ or Bollywood, rather than understand why these crimes happen and learn how to make the country safer for women.

When he went into politics, Imran Khan was hailed as the man who could end Pakistan’s rampant corruption and take the nation forward into the 21st-century. Judging by his recent comments, he seems to have dragged it back even farther.