What the US could learn from China’s data privacy rules 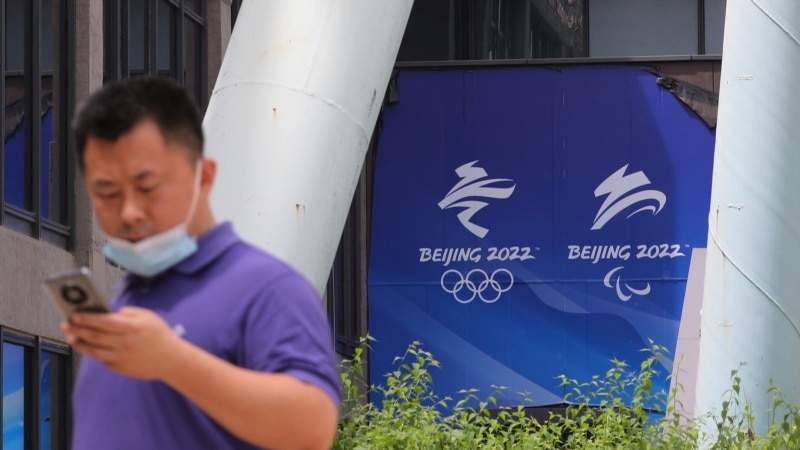 Wong Shue-teung, a retired insurance salesman from the US city of Oakland, California, usually leaves his phone at home when he goes out. He gets robocalls and doesn’t know if his movements are tracked on the internet.

“Hard to say,” the 73-year-old said recently while reading a newspaper in the atrium of a downtown skyscraper. “You’re using Facebook and whatever. You don’t know who might be listening. I don’t really charge my phone. I have it on voicemail connected at home. I don’t want to answer the phone.”

Wong, like other typical American phone and computer users, is concerned about tech companies surreptitiously collecting his personal data and misusing it. The United States lacks a comprehensive national law that limits the ways Internet content providers collect and reuse people’s data.

Some states have their own internet laws, but tech companies and consumers want more uniform federal regulations to ease the “conflicting and sometimes competing requirements” of current rules, says the Council on Foreign Relations think tank.

The European Union and China have established Internet regulations that address online privacy and data collection. While the US is probably most familiar with the EU effort, it could also benefit from studying China’s approach.

On Thursday, the EU reached a deal called the Digital Markets Law, with regulations “to limit the market power” of tech giants and ensure “that the combination of personal data for targeted advertising will only be allowed with the explicit consent of the user.” Custody it,” which means big tech platforms like Apple, Meta, Google, Amazon, and Microsoft. The new rules still need approval from both the European parliament and council.

However, China is already curbing the collection of user data for commercial purposes. On March 1, a law targeting algorithms came into force in China. Internet-based companies around the world use recommendation algorithms powered by artificial intelligence, or AI, to sell goods and services based on a user’s personal browsing history. The Internet Information Services Algorithm Recommendation Management Regulations require user consent before a website owner applies these algorithms.

The law follows Beijing’s regulation on the type of information that can be collected on the Internet. In November, the Personal Data Protection Law came into force. Requires data handlers to obtain a person’s approval before collecting, storing, transferring, or reusing data that could identify that person.

The law particularly aims to protect children under the age of 14 by requiring parental consent for any data collection.

“I think all companies, whether they are Chinese companies or US companies, should restrict the type of data they collect and be more transparent about the data they collect, although they should provide ways for their users to opt out of certain types of data collection,” he said. Wang Yaqiu, a New York-based senior China researcher at the advocacy group Human Rights Watch.

In the United States, half the population believes that personal information is less secure now than it was five years ago, estimates the Council on Foreign Relations. A “pause” in Facebook’s popularity reflects this sentiment, as the social networking service prompts users to make certain choices that benefit advertisers, said Graham Webster, editor-in-chief of the DigiChina Project at the Center for Cyber ​​Policy. from Stanford University.

Wang said that in China, netizens have gotten angry enough to sue. He said that he expects Chinese Internet companies to “toe the line.”

Yet US-based Internet service providers, their users and the country’s regulators are likely to study China’s laws with as much suspicion as admiration, analysts say.

“The United States doesn’t have that (law), so a lot of people are looking at what China is doing to see what works and also to see what might cause problems for both the usual business interests and human rights or other issues,” he said. Webster.

China leads the world in creating a “comprehensive, all-round regime” to regulate data, cybersecurity and innovation, Webster said. Authorities stepped up regulation of internet companies in mid-to-late 2021 to stop what they called abuse of user data and monopolistic business practices.

Chinese law, unlike those in other countries, still allows the government free access to personal data, Cory added.

“This is a fundamental problem in global data governance, as there can be no genuine privacy or data protection if such rules do not apply to government,” he said.

China’s law remains a broad umbrella document rather than a precise set of rules, said Danny Levinson, a China-based technology and cybersecurity expert. He said the state leaves doubts about the application.

“The Cybersecurity Law previously enacted in China covers some of the same issues, but here it is more specific to cover a certain demographic while retaining the good vagueness that a law like this in China normally contains,” Levinson said. The Cybersecurity Act of 2021 also states to protect national security through the collection and use of data.

Some Americans who know Europe’s laws may not know as much or nothing about China’s. Many want the US government to come up with its own regulations.

“The US needs stronger data protection law because a lot of companies that collect our data and use it. They don’t actually specify exactly how they’re using it,” said Carlo Gaytan, a senior at the University of San Francisco in the specialty of Science and Technology. He also believes that Facebook’s algorithms are harming young people.

His colleague Moira Shur advocates learning from EU law and keeping real names and selfies off the public internet. “I think it would be quite useful if we had a law like the EU, where you have to give your consent for your data to be used,” she said. “They can’t just use it and sell it without your explicit permission.”

How To Make Friends While Traveling