What this French cheese is and how it’s made 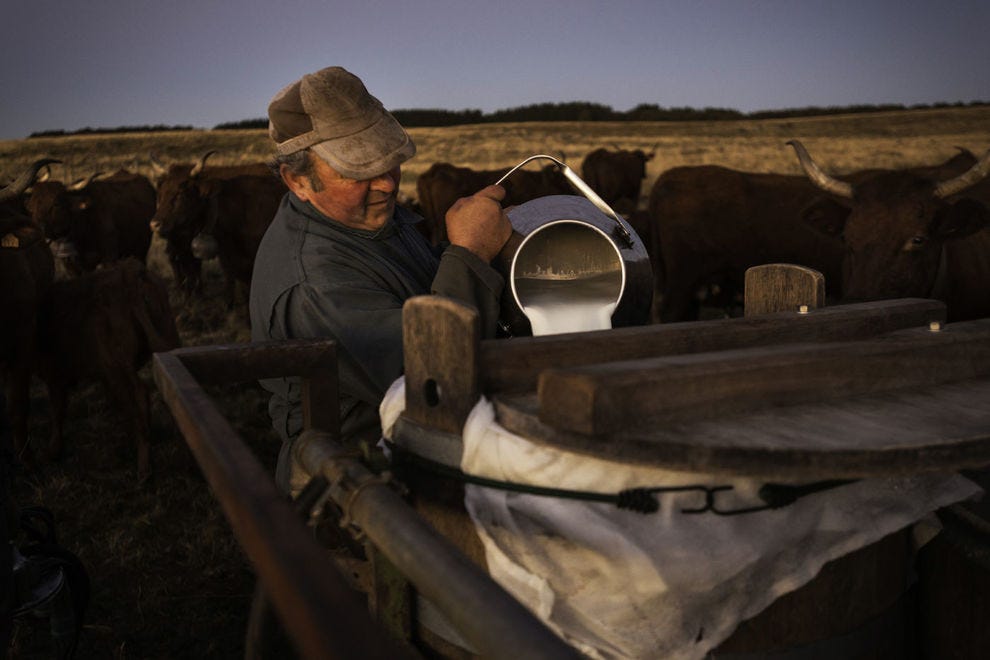 Only a handful of France’s hundreds of cheeses are protected by the AOP label, which dictates not only where and how a given cheese is to be produced, but even what breed of goat, cow, or sheep can provide the milk that goes into it.

While such protected cheeses can be found throughout the country – from Maroilles in the North to Picodon in the South – the central Auvergne region, with its rich, volcanic soil, is home to five of the nearly 50 AOP cheeses.

Three of the Auvergnat AOPs are quite distinct: mild, sweet Fourme d’Ambert; piquant Bleu d’Auvergne; and nutty, semi-soft Saint-Nectaire. But the last two – Cantal and Salers – are quite similar…at least at first glance. 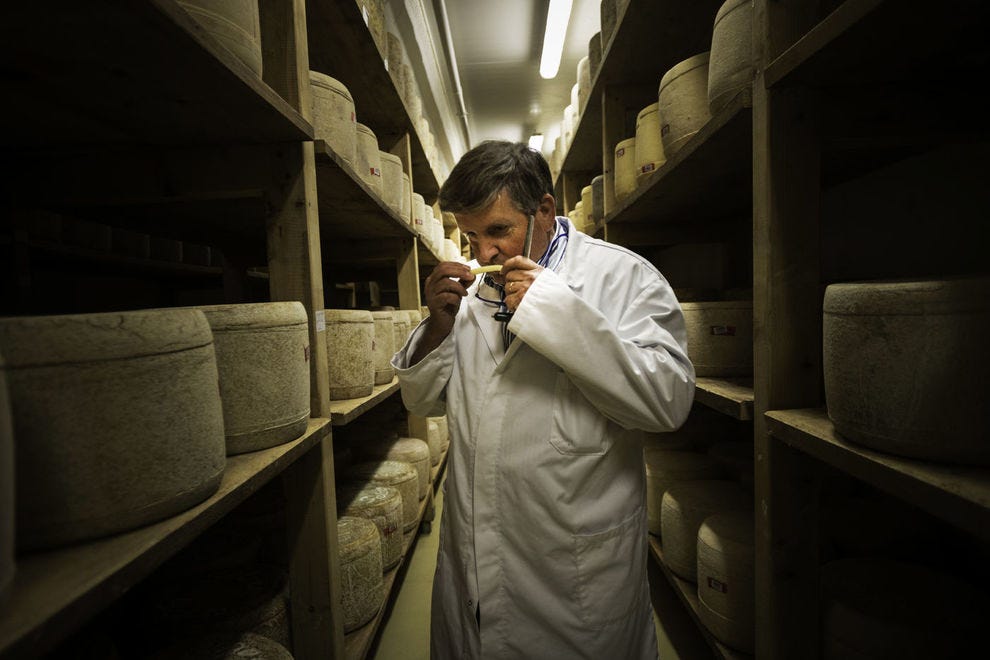 Testing a Salers cheese for aging — Photo courtesy of ®Pierre_WITT

Both Cantal and Salers are pressed cheeses, with a hard, slightly crumbly texture. Both are nutty and mild in flavor, and are usually eaten at about nine months of age. But there is one important distinction between them that makes the latter even more sought-after.

Cantal and Salers both got their start in the same place: the rich, verdant pastures of the Cantal, where russet Salers cattle roam free. The distinction between the cheeses comes not from how or where they are manufactured, but rather when. 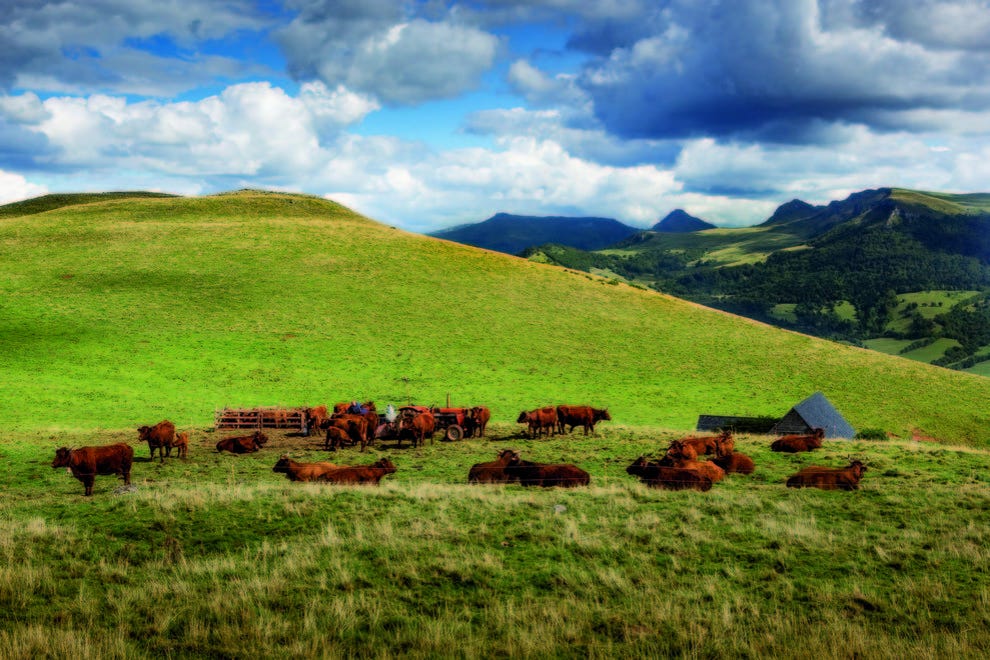 Salers cattle in a pasture — Photo courtesy of Pierre Soissons

Traditionally, Salers was made with summer milk, while the cattle grazed out of doors. Cantal was made with winter milk, produced while the cattle were fed dry rations. When each cheese got its own AOP protection, this tradition became law: Salers must be made with the milk of grass-fed cattle; the same rules do not apply to Cantal.

Today, this distinction has led to Cantal being perceived as more of an industrial cheese – a perception that has slowly but surely become truth. The AOP board of Cantal allows for pasteurization and factory production, leading French cheese expert Véronique Richez-Lerouge to call Cantal an “ersatz” French cheese.

Salers, meanwhile, must be made on the farm with raw, local milk. As a result of these stricter rules, there are only 100 farmers still making this cheese. It seems like a no-brainer, then, to opt for Salers, but additional complications mean that quality can sometimes be compromised. 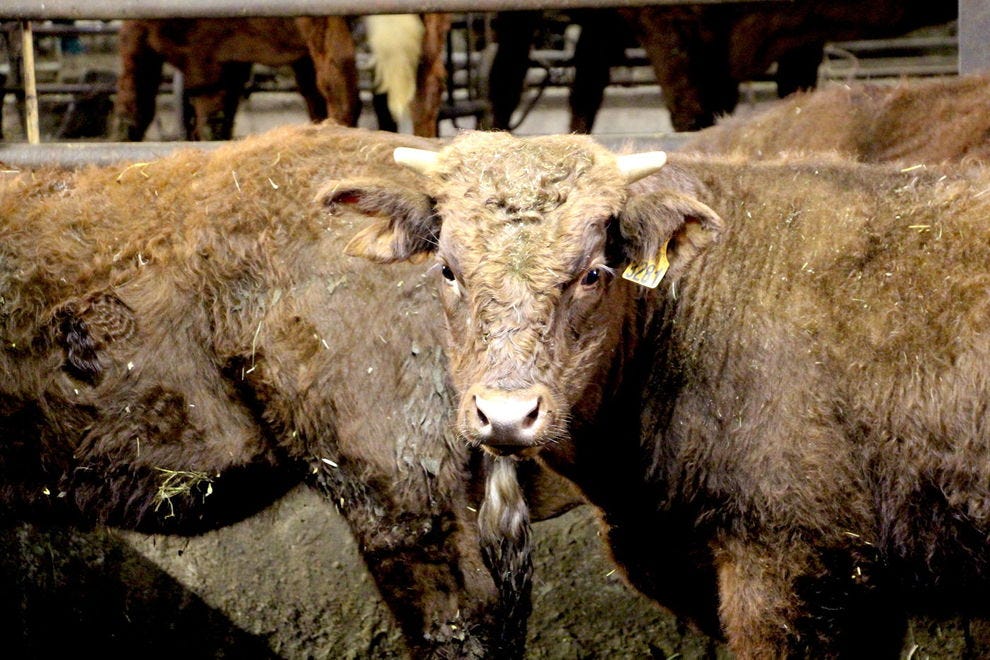 Salers cows are known for their richly flavored milk, but among producers, they are also known for being notoriously difficult to work with. Salers cows give only six liters of milk for every 50 produced by Prim’Holsteins – and will only release milk if their calf is standing near them. Because of these production difficulties, and despite the name of the cheese, both Cantal and Salers can be made with milk from any breed of cow the producer chooses.

To combat this perceived breach in terroir, local producers created a third AOP so strict that only seven farmers in the world make the cheese at all. 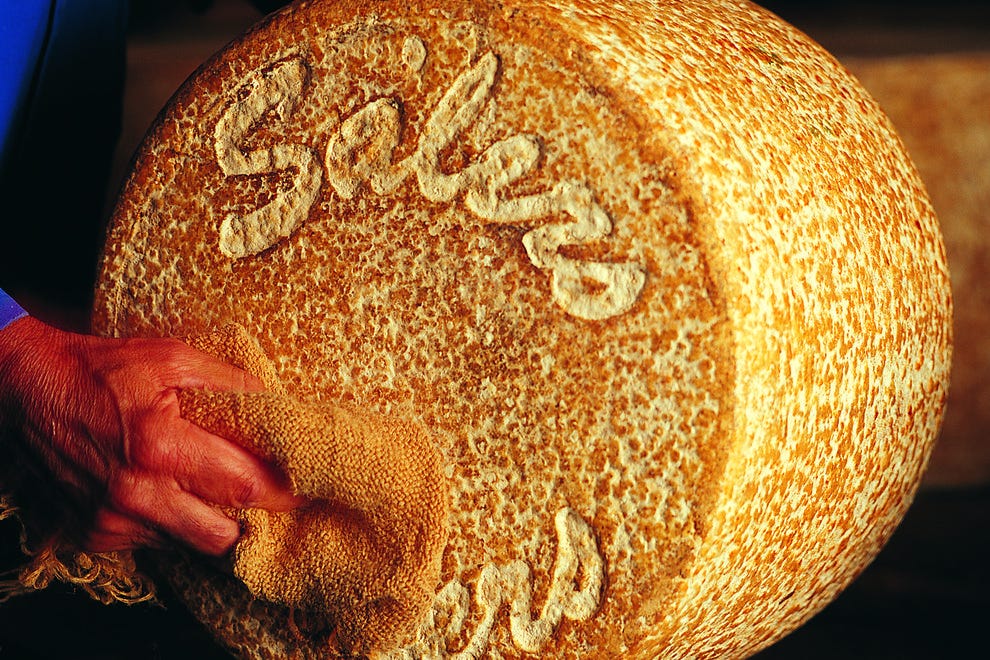 Salers Tradition, as its name suggests, uses the traditional means of cheese production in the Auvergne. It can only be made from April 15 to November 15, ensuring that the cows graze on local volcanic pasture. It must be made in a chestnut wood cuve, and, perhaps most importantly, it can only be made with the milk of local Salers cattle.

For many cheesemakers, this is an essential return to tradition. 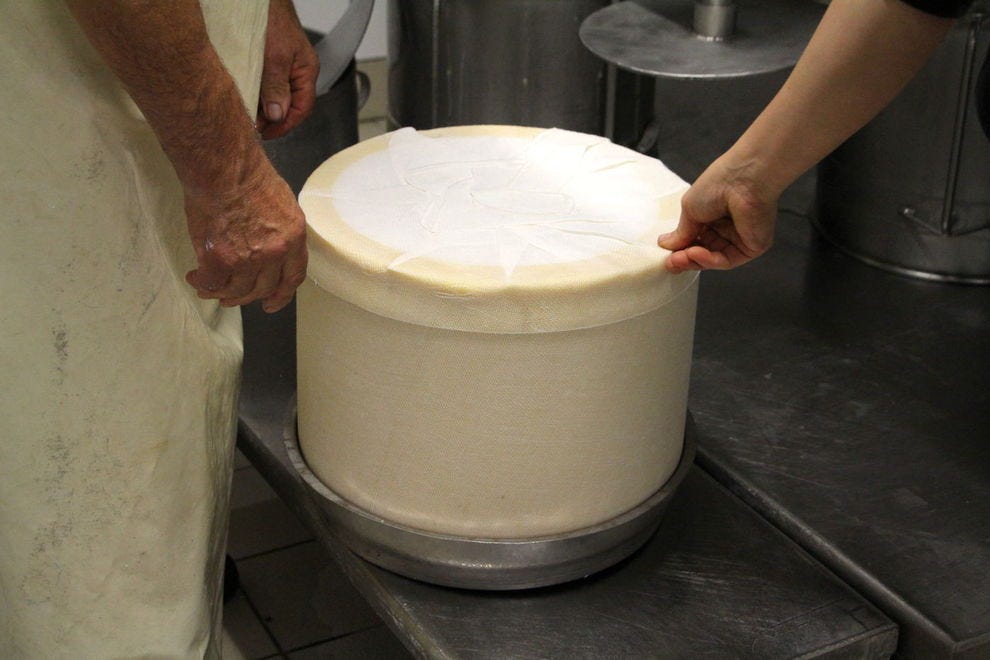 “You can’t make a cheese called Salers with cows that aren’t Salers,” says Charlotte Salat, a third-generation Salers producer. “At the end of the day, Salers Tradition is the real cheese from Cantal…there’s nothing harder,” she continues. “The hardest AOP is Salers tradition.”

Géraud Delorme is the President of the “Salers Tradition” label. He produces not only Tradition Salers but, in winter, a traditional fermier-style Cantal that defies the French perception of what this cheese can be.

“Salers can only be made while cows are grazing,” he says. “So in times when the cows can’t eat grass, or there isn’t enough grass in the feed, we change AOPs.”

His Cantal, then, is made exactly the same as his Salers, with the caveat that the milk is not grass-fed.

“So you can get Cantal fermier, like I make, which is 100 percent raw milk from Salers cattle and is made in a wooden cuve, like Salers.” 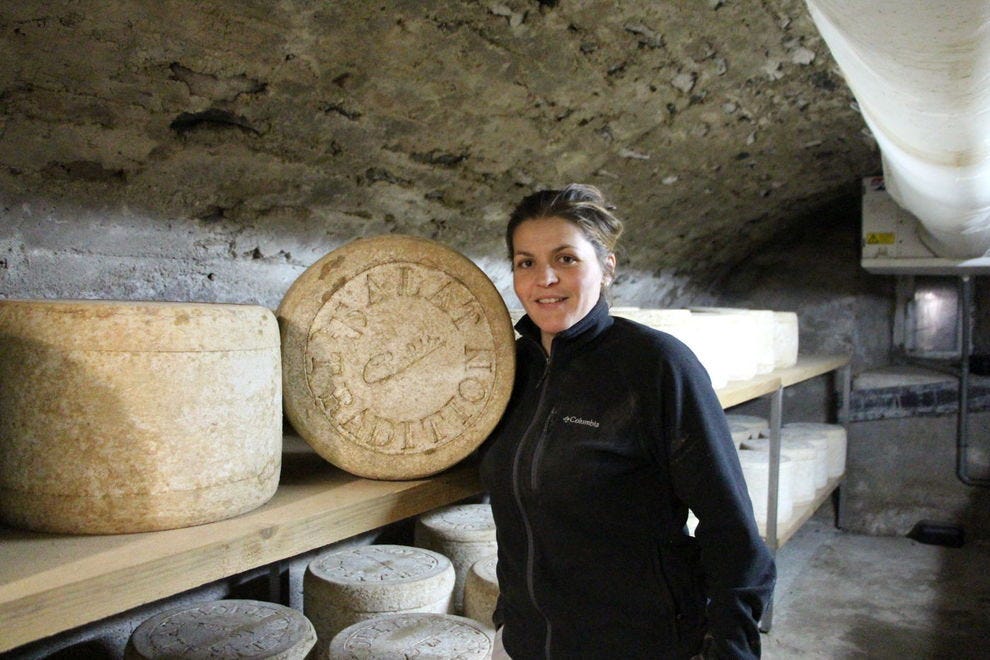 Charlotte Salat with her cheese — Photo courtesy of Emily Monaco

While Salat is a strong proponent of the cheese, she is technically no longer part of the AOP, which excluded her over a year ago due to what they perceived as “irregularities” with her product, still beloved by such superstar chefs as Alain Ducasse.

Today, she nevertheless still makes her cheese according to the same strict rules and regulations of the AOP, albeit calling it Salat Tradition instead of Salers Tradition.

“I’ve kept all of my clients, even without the AOP,” she says. “But I’ve also kept the pure tradition. I’m working the way my grandfather worked, the way my father worked. I think, today, that’s what people are looking for.”

“There will always be people who buy industrial. That’s just the way it is,” she continues. “But there are also people who may not even have more money but who pay closer attention to what they eat, who would rather buy a bit less often but buy top quality.”

What health stocks are in play post-U.S. election?

What health stocks are in play post-U.S. election?