What would happen if they had two? Auckland goes into COVID meltdown after ONE new case

New Zealand‘s largest city has been thrown into chaos after a shop assistant worked at a clothing store while infectious with COVID-19.

The woman in her 20s worked two shifts in the customer-facing role at A-Z Collections on High Street in the Auckland CBD on Sunday and Monday.

She developed symptoms of COVID-19 on Monday, got tested on Tuesday and was asked to self-isolate while she waited for her results.

Despite this, she worked at the boutique clothing store while infectious on Wednesday before it was announced she tested positive on Thursday. 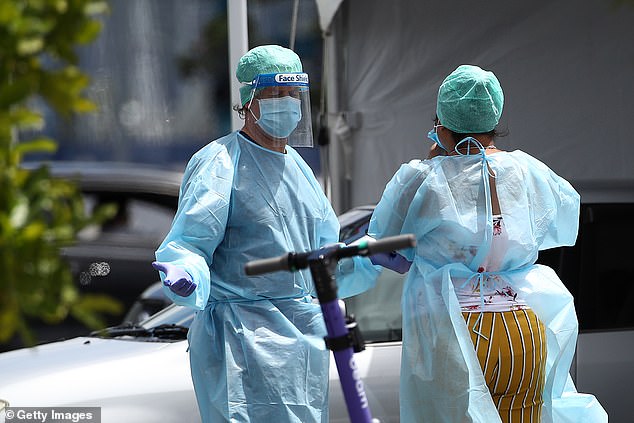 Nurses speak at a pop-up COVID-19 testing clinic, which have been set up across Auckland in Neafter a shop assistant worked at a clothing store while infectious with COVID-19 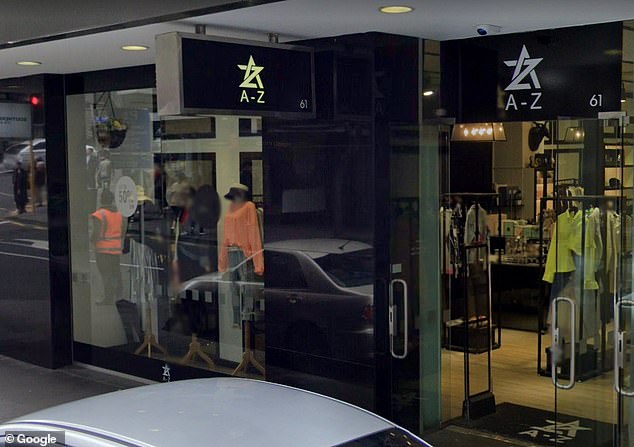 A female shop assisstant, in her 20s, worked a shift while infectious at A-Z Collections (pictured) on High Street in the Auckland CBD on Wednesday. She had been tested on Tuesday and was still waiting for her results on Wednesday

CBD workers were asked to stay home on Friday while health authorities contact traced the woman, who is also a student of Auckland University of Technology.

Authorities are now ordering a testing blitz, asking the citizens of Auckland who visited the same places as the woman to get tested.

Some of the current ‘locations of interest’ in Auckland are A-Z Collections, AUT, Starbucks and a number of other restaurants the woman visited.

Despite the new case, the NZ government is not raising COVID-19 alert levels in Auckland but will make mask-wearing mandatory on public transport.

The new mask-wearing edict will be ratified by cabinet on Monday along with rules asking New Zealanders to track their movements with its ‘COVID Tracer’ app. 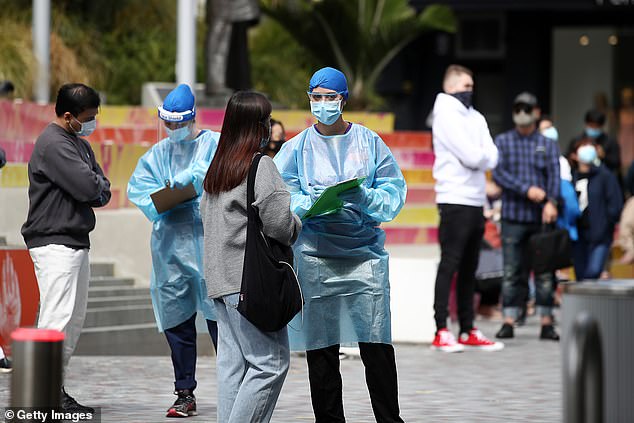 Nurses speak to people waiting in line outside a pop up COVID-19 testing station in Auckland on Friday. Authorities are ordering a testing blitz, asking Aucklanders who visited the same places as the woman to get tested CBD workers were asked to stay home on Friday while health authorities contact traced the woman, who is also a student of Auckland University of Technology (pictured). People who attended the AUT Student Hub on November 10 are advised to get tested

NZ’s Ministry of Health issued a statement on Thursday accusing A-Z management of forcing the woman to work while she waited for her results.

‘We now know that this case called in sick to work after receiving the advice to isolate, but after a conversation with their manager went to work and wore a mask,’ the statement read.

NZ Minister of COVID-19 Response Chris Hipkins said it was a ‘disappointing situation’ the manager allegedly told the woman to work while waiting for results.

But the lawyers of A-Z Collections released a statement on behalf of the employee on Friday, claiming the ministry released incorrect information due to a language barrier between contact tracers and the infected woman.

‘Due to the language barrier (my first language is Mandarin, this statement will be translated to English), the staff made many errors in recording my previous whereabouts, actions, and contacts,’ the statement read, according to Stuff.

‘It was reported in the news that I was still asked to go to work by my boss after I became sick – this is false, and I was very upset to hear this.’

She also reportedly did not inform her manager she had been tested for COVID-19 because she ‘did not think it was a big deal’. 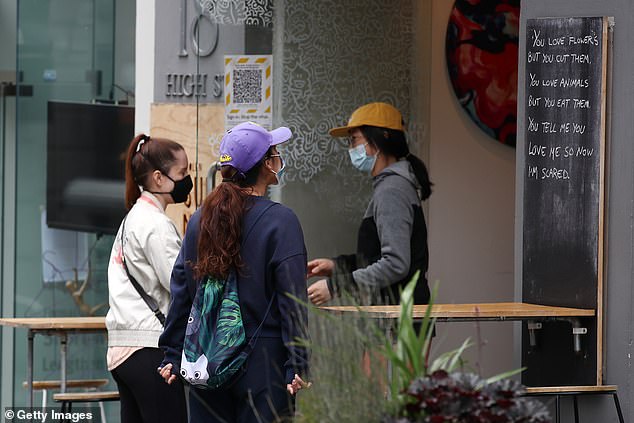 Mask-wearing Aucklanders buy their morning coffee in Auckland. Despite the new case, the NZ government is not raising COVID-19 alert levels in Auckland but will make mask-wearing mandatory on public transport

It is not believed the pair have met but they frequented similar parts of the CBD.

‘That direct link means the new case doesn’t point to an unknown border incursion that could be spreading and it also means broader unseen spread is less likely,’ Mr Hipkins said.

‘These recent events have highlighted just how important all of our ongoing vigilance is, as COVID-19 continues to rage around the globe, if we’re to continue to enjoy the very fortunate position we find ourselves and here in New Zealand.’

NZ recorded four new cases of COVID-19 on Friday, who are all in managed isolation.

There have seven instances of the virus escaping New Zealand’s managed isolation and quarantine regime in the past three months, according to the NZ Herald.

‘It’s a virus. We all need to be vigilant. There will be good luck and bad luck,’ he said.

Anyone who visited these locations is advised to get tested: 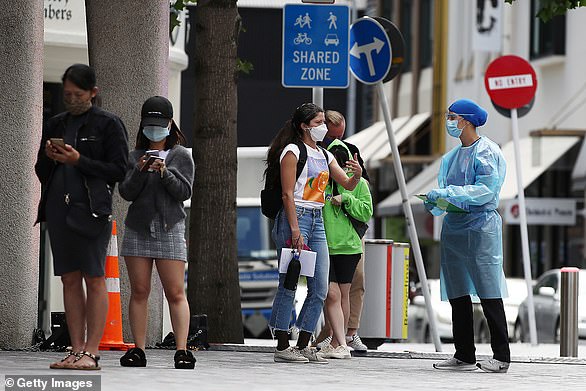 Premier League's 'A' celebration nod to group of Chilwell, Grealish and more called 'The Avengers'