Which countries may go green this summer, what are the airlines doing?


A key factor in deciding which countries are given the green light for holidays is their infection rate.

In the UK it currently stands at 40 per 100,000 in the past seven days but is much lower in many popular destinations.

Decisions on the Government’s international travel traffic light system are based on assessments by the Joint Biosecurity Centre.

In addition to infection rates, it also takes into account the proportion of the country’s population vaccinated, emerging new variants and access to reliable scientific data combined with genomic sequencing to detect emerging variants. 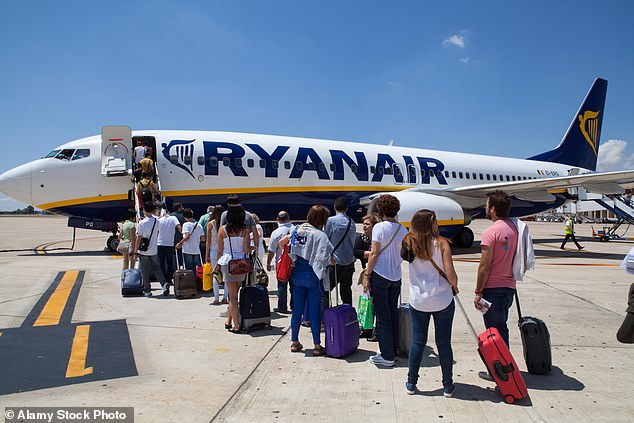 Ryan Air customers who have booked to travel in July and August will be able to move flights for free for travel until December 31. However, passengers can only switch to the route already booked

WHICH COUNTRIES MAY GO GREEN THIS SUMMER?

MALTA: The Mediterranean island is a prime candidate and was widely tipped to be added to the green list on Monday due to its low infection rate of seven per 100,000 in the past seven days and high vaccination rate – 72 per cent of adults have received their first dose. The country reopened its borders to British tourists with proof of a negative PCR test result on Monday.

GREECE: Hopes were high that Santorini and Mykonos would turn green on Monday but the mainland and all its islands remain amber. The Greek government has been prioritising tourist-reliant islands in its vaccination campaign. Other islands that could be added in the next review on June 28 include Rhodes, Kefalonia, Kos, Zakynthos, Corfu and Crete.

SPAIN: The Balearics and Canaries were tipped to turn green this week, with infection rates of 33 and 38 per 100,000 respectively. The adult population in Spain is unlikely to be fully vaccinated until September and the Balearics are lagging behind the rest of the country, with only 16 per cent jabbed. British tourists are welcome in Spain restriction-free, although those travelling to the Canaries must provide evidence of a negative PCR or antigen test.

CARIBBEAN: Several popular islands could be added to the green list at the next review, including Barbados, Grenada and Antigua. Grenada is one of the few countries with an infection rate of zero, while in Barbados it is six per 100,000. Antigua and Barbuda has a rate of just three in 100,000, and 34 per cent of the population has had their first vaccine dose. 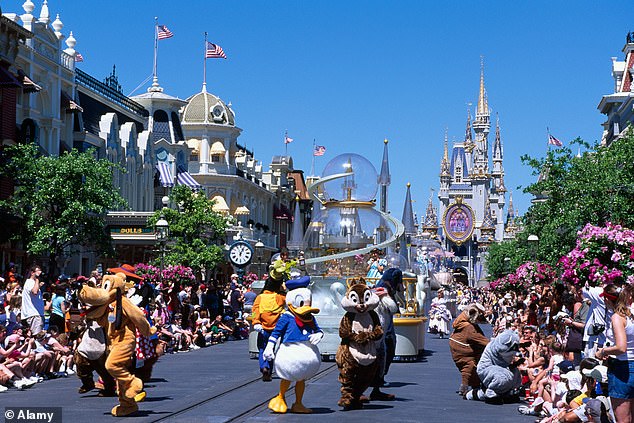 USA: The country’s massive vaccine programme has delivered 367million doses, with just over 50 per cent of the population having had at least one jab. Boris Johnson hopes President Biden will agree to a quarantine-free UK-US travel corridor for those who have received both doses this summer.

CYPRUS: The island, which remains amber, was one of the first countries in Europe to welcome back British tourists, opening its borders to the fully vaccinated or those with a negative PCR test result on May 1. Cyprus has an infection rate of seven and has vaccinated 44 per cent of its population with a first dose.

TURKEY: The country was put on the red list last month. But its tourist board said a recent lockdown has had a ‘significant impact’ on reducing infections, which it said have fallen by 73 per cent since May 1. Its borders are open restriction-free to those who have received two doses of the vaccine.

WHAT ARE AIRLINES DOING?

EasyJet is allowing passengers to transfer flights for free this summer up to two hours before travel or to opt for a refund or airline credit. Its ‘Flights Protection Promise’ is in place until September 30. The caveat is that if fares rise for the new flights, passengers must pay the difference.

Ryan Air customers who have booked to travel in July and August will be able to move flights for free for travel until December 31. However, passengers can only switch to the route already booked.

British Airways has waived its usual fee for changing flights, but passengers must pay any differences in fares. There is also an option to accept a voucher for travel valid until April 30, 2023.

Wizz Air will allow changes up to three hours before flights. Passengers must pay any differences in the cost of fares and there is also a sliding scale of fees. With more than 30 days to go, the change fee is £26, within seven it is £34.

Jet2 is offering free amendments for flights to amber countries for travel from July 1-21.

Customers with villa bookings with any company are advised to triple-check the small print now, just in case the travel traffic light system affects a forthcoming booking.

There is a danger that you could book to go to an amber country and then see it switched to the red list. In such a scenario, unscrupulous companies might say that customers who choose not to come merely have a ‘disinclination to travel’.

Luckily, most villa companies have relaxed terms and conditions during the pandemic, although this throws up some grey areas.

For example, Oliver’s Travels has a ‘Book with Confidence’ policy that states that if a country moves to amber and you do not wish to travel, it will ask the villa owner for a change of date but ‘we are unable to guarantee that a change of dates request will be accepted by the owner… We will of course do our very best for you.’

If the country moves to the red list, however, customers can move their holiday to another date.

Meanwhile, James Villas offers a ‘free cancellation’ when made at least 28 days before travel for certain properties. Simpsons Travel is offering customers deferrals or refunds for any destination not on the green list.

Tour operators are pressing ahead with holidays to amber list countries. For example, Britain’s leading operator, Tui, is continuing flights to Spain.

However, it is allowing all passengers who are concerned about going – or do not want to self-isolate for ten days on their return – to make a change to a booking without a fee up to 14 days before travel up to August 31.

Holidays can be swapped for alternative trips up to October 2022. 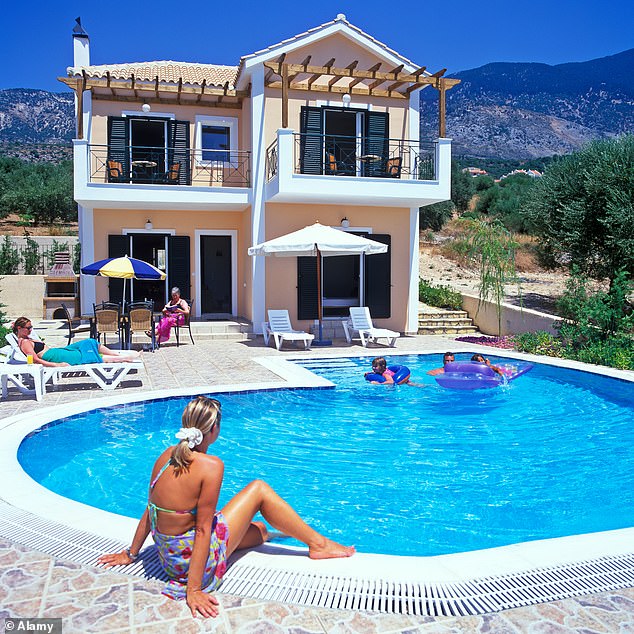 Tui’s policy for countries that move from the green to the amber list is for a fee-free holiday change ‘right up until the day before your holiday begins’.

Travellers with package holidays should check with their tour operator’s terms and conditions online, usually found in ‘Covid Update’ sections. Each is likely to be slightly different.

Travel insurance policies are invalidated if you travel against Foreign Office advice.

For green list destinations such as Iceland and Gibraltar, policies will work as usual. But for amber countries, holidaymakers are advised to check with their insurer before travel.

Policies should be valid for travel to amber countries such as Spain or Greece, even if the Government has recommended against travelling to them.

This is because with travel, insurers have traditionally followed Foreign Office advice, which is stated at gov.uk. So travel to amber countries is likely to be fine, although it is sensible to double-check before going.

Those travelling to green list countries will have to stay alert regarding Covid test requirements, especially with children. First, there is the rule for the country you are visiting. For example, in Portugal – on the green list until Tuesday – children over the age of two must have a negative PCR test taken up to 72 hours before travelling.

This rule could be different should other countries go green. Some may have different age waivers. Others may not require tests at all for any age category.

Travellers will have to check individual countries’ entry requirements, listed on gov.uk. 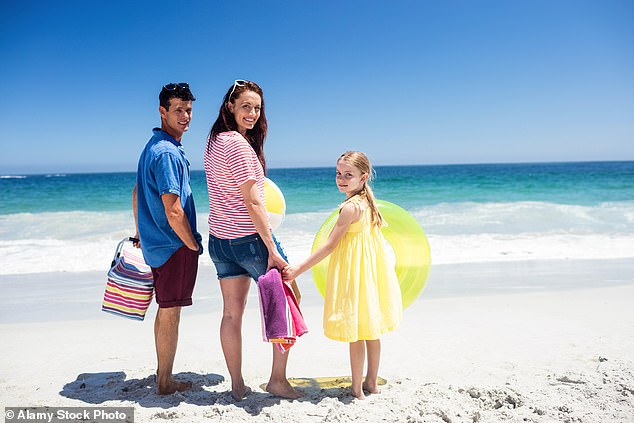 Those travelling to green list countries will have to stay alert regarding Covid test requirements, especially with children 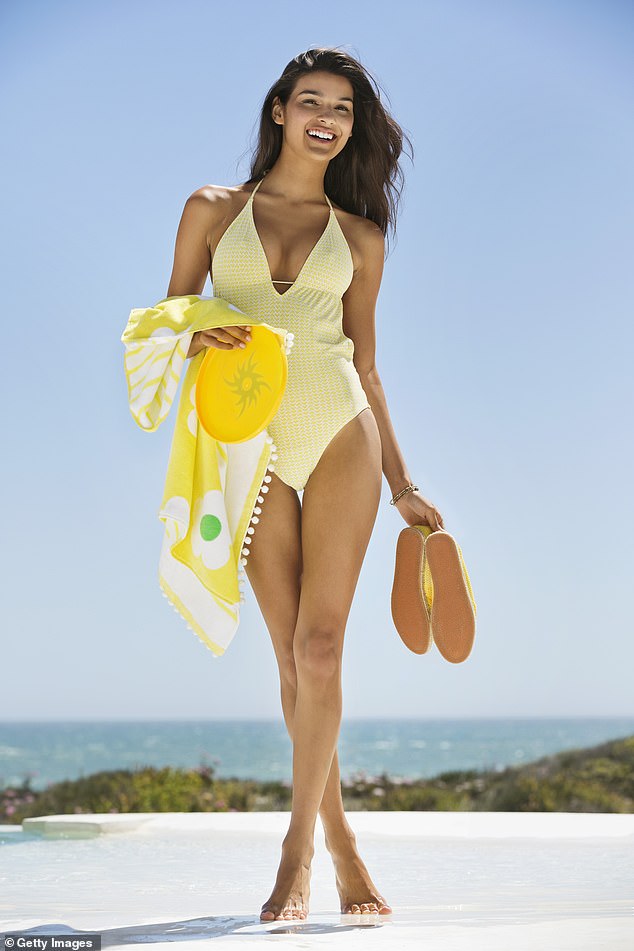 Then, before returning to the UK from any green country, all passengers excluding children under 11 must have proof of a negative antigen/lateral flow Covid test taken within 72 hours of travel. Abroad, these tests usually cost about £25 and should be widely available.

These must be completed online (at gov.uk) by returning travellers, although those aged under 18 may be included on adults’ forms if they are staying at the same UK address.

All travellers, excluding those aged four and under, must also have proof of having booked and paid for a PCR test to be taken before ‘day two’ of getting back. Government-recognised clinics must be used for this and you will be provided with a reference number to use in your Passenger Locator Form.

GREEN countries: no requirement to self-isolate on return. A negative antigen/lateral flow test is required before returning to the UK. A PCR test must also be taken within two days of returning. 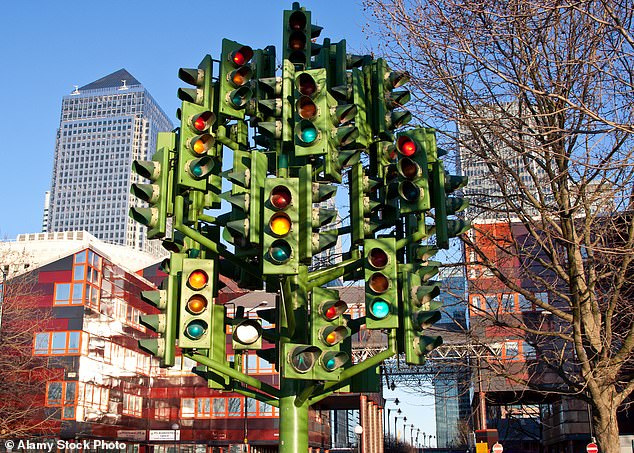 RED countries: Ten days’ quarantine are required in a Government-approved hotel (£1,750 cost), plus a negative antigen/lateral flow test before returning and PCR tests on days two and eight

AMBER countries: Ten days’ quarantine required on return to the UK, along with PCR tests taken on days two and eight. Alternatively, use the Test to Release scheme, paying for a private test on day five to end quarantine early (you’ll still need to take a test on day eight). A negative antigen/lateral flow test is also required before returning to the UK.

RED countries: Ten days’ quarantine are required in a Government-approved hotel (£1,750 cost), plus a negative antigen/lateral flow test before returning and PCR tests on days two and eight.