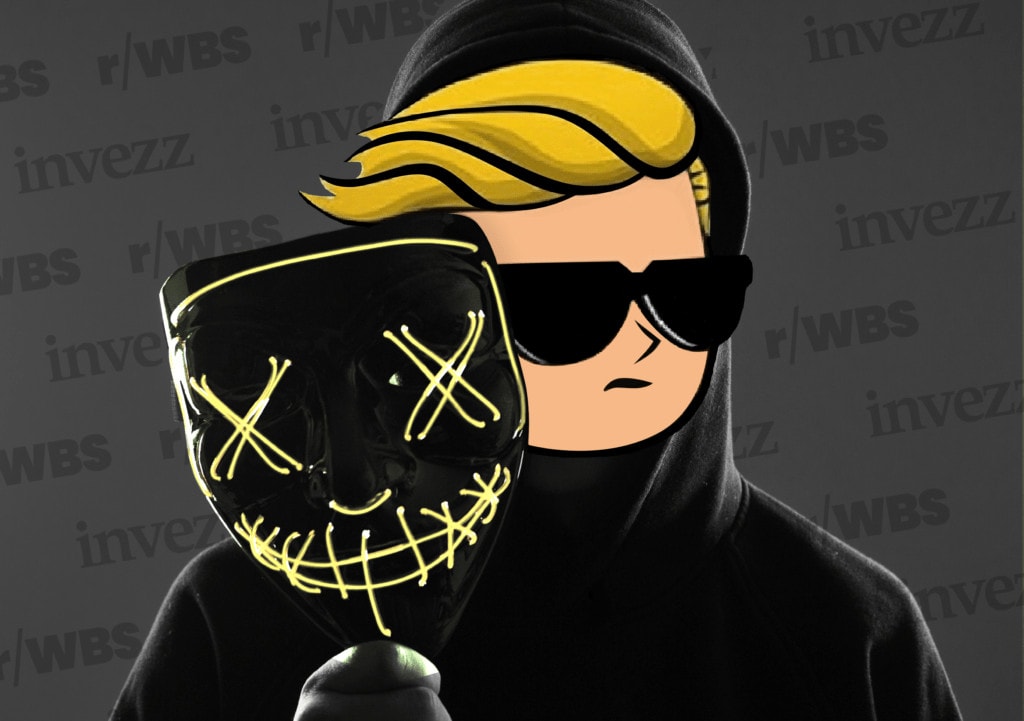 
In the wake of an internet forum upending the financial markets, this is the question on everyone’s lips.

The r/WallStreetBets subreddit has long been known to users of the platform as a kind of hive mind for day traders, with users approaching the stock market with a combination of hype and memes.


The platform was recently launched into the public eye in the wake of sending GameStop (GME) stock skyrocketing. Here’s everything you need to know about this community of passionate retail investors.

First, what actually is WallStreetBets?

WallStreetBets is a subreddit: an individual message board on the popular internet forum reddit.com. It is used to discuss potential moves in the stock market.

Users of WallStreetBets post and discuss the financial markets, usually pursuing risky investment strategies and looking for stocks that are going ‘to the moon.’ They then invest in these stocks through popular retail investment websites such as Robinhood, eToro, and Fidelity.

It was founded in January 2012 by entrepreneur Jaime Rogozinski as a hub for individual investors to discuss trading strategies and the stock market.

Over time, WallStreetBets grew and attracted a reputation for promoting high risk leveraged trades and treating stocks like memes. It exploded into the public consciousness over the past few days as users decided to ramp up the price of a stock that a major hedge fund was shorting.

Why is everyone talking about WSB?

Discussion of WallStreetBets has moved from Reddit to major media platforms because one of their ‘bets’ – which relates to brick and mortar game retailer GameStop – ended up causing major problems for a Wall Street hedge fund.

Melvin Capital Management opened a huge short position on GameStop’s stock. This means they believed the stock price would fall, and in order to profit they borrowed lots of shares and sold them, expecting to buy them back at a lower price later and pocket the difference.

But the share price didn’t go down. Instead, it skyrocketed. The reason: WallStreetBets.

In the wake of an earlier projection by Citron Research that GameStop’s share price would fall to $20, users of WallStreetBets decided to take on the ‘experts’ and pile their money into GME shares. This has forced big money investors such as Melvin into a corner from which they can’t escape.

The numbers are really quite staggering. The amount of money these investors put into the stock saw the share price of GameStop (which had traded around $4 as recently as July 2020) up to as high as $380.

This has caused major financial trouble for any institution with an open short position, and has prompted a larger debate about market manipulation. According to some estimates, short sellers have already lost more than $5 billion and there are signs of WallStreetBets now moving on to target other short sellers.

Quick answers: what are the facts about WSB?

What does WSB mean?

WSB stands for WallStreetBets – the name of the subreddit that has taken on the hedge funds running big short positions.

Why was WallStreetBets banned from discord?

The WallStreetBets moderators felt this ban to be grossly unfair and allegations about user comments merely an excuse to take down the platform. In a statement posted on the r/WallStreetBets subreddit they said, “Discord did us dirty and I am not impressed with them destroying our community”.

Did the WallStreetBets subreddit get shut down?

No, the forum was made private for a brief period on the evening of Wednesday 27th January and later returned to full operation. Reddit didn’t shut down r/WallStreetBets.

Why did WallStreetBets go private?

Because moderators couldn’t handle the amount of content being posted. In the wake of Discord banning the WallStreetBets server for inappropriate content, the moderators of r/WallStreetBets made the subreddit private for just over an hour to stop the same thing from happening on Reddit.

Is the ‘WallStreetBets’ collective illegal?

No, WallStreetBets is not illegal. The events of recent days will likely see a discussion about the impact of internet communities on financial markets, but there is no law prohibiting the discussion of the stock market on the internet.

What does FD mean on WallStreetBets?

In keeping with the more ‘4chan’ aspects of WallStreetBets, ‘FD’ is an acronym including an offensive slur. What the term refers to on the platform is a money option that is expiring within a week: very risky investments with a large possible payoff.

FDs are options that are either ‘at-the-money’ or ‘out-of-the-money’ and are imminently about to expire. This means they have no intrinsic value and only extrinsic value.

What apps does WallStreetBets use?

Users of WallStreetBets use a variety of different retail finance platforms, with the most commonly mentioned being Robinhood.

Will WallStreetBets face legal consequences from the SEC?

At the moment it is unclear what action, if any, the Securities Exchange Commission (SEC) will take over WallStreetBets. Some people are claiming the actions of the platform amount to market manipulation, but defenders of WallStreetBets point to the fact that everything has been done on an open, publicly accessible forum and point out it’s not illegal to discuss investing in the stock market online.

Have WallStreetBets done anything wrong?

We’ll find out, but it doesn’t appear so at first glance. The actions inspired by r/WallStreetBets have caused major shocks in the stock market, but it seems they have been the result of open communication online rather than any shady backroom deals.

From the perspective of WSB users, it could be argued that these individual investors simply spotted a move in the market that finance professionals completely missed. There are always winners and losers in the stock market, but it’s usually the other way around.

What did WallStreetBets say to Melvin Capital and CNBC?

An open letter from user u/ssauronn was posted on r/WallStreetBets that took aim at both hedge fund Melvin Capital and CNBC. The post got a lot of traction and framed the user’s recent investment in GME stock as payback for the 2007-08 financial crash.

“a firm who makes money off of exploiting a company and manipulating markets and media to your advantage.”

Addressing CNBC, whose coverage the user felt to be too much on the side of the financial industry, u/ssauronn wrote,

“the millions of us, not just at WSB but every person affected by the ’08 crash that’s now paying attention to GME, are going to remember how you stuck up for the firms that ruined so many of us, and tried to tear down the little guys. I know for sure I’ll remember this.”

What is the history of WallStreetBets?

The WallStreetBets subreddit started life in 2012, founded by Jaime Rogozinski. In the years since it has grown into a space where users discuss potential moves in the stock market – usually carrying high risk in the pursuit of big rewards. January 2021 has seen the community achieve global fame by pushing the stock price of GameStop (GME) to incredible heights after a major hedge fund opened a large short position.

Who are WallStreetBets next stock targets?

This phenomenon of WallStreetBets piling money into companies that others are shorting looks set to continue. From recent posts on the forum, it looks like both Nokia (NOK) and Blackberry (BB), and AMC stock are among the next targets.

Who is Jaime Rogozinski?

Jaime Rogozinski is the founder of WallStreetBets and author of WallStreetBets: How Boomers Made the World’s Biggest Casino for Millennials. He started the subreddit in 2012, but is no longer a moderator of the forum.

The actions of investors inspired by WSB have certainly had a huge impact on the market, but it is not currently clear whether this amounts to market manipulation. In the context of financial markets, market manipulation refers to a deliberate action taken to interfere with a free market – but defenders of the WallStreetBets community would point to the fact that all conversations have been posted in a public forum between individuals.

How much have WallStreetBets retail investors made?

It is impossible to give an accurate estimate of this, as the profits each trader makes will be within their own broker account. There have been claims of users making huge profits through advice gained from WallStreetBets; while these aren’t fully verifiable, anybody who got in on the ground floor of GME’s share price rise will have seen their investment increase by more than 1000%.

It has been estimated that short sellers have so far lost $5 billion this year, however.

Is Elon Musk part of WallStreetBets?

Elon Musk is not publicly a member of WSB, but he has sent regular tweets supporting the community and engaging in their meme-style approach to finance. The famously social-media-active Tesla CEO directed his more than 40 million Twitter followers to r/WallStreetBets on January 26th, tweeting out the link with the simple caption: “Gamestonk!!”

Is Chamath Palihapitiya working with WallStreetBets?

CEO of Social Capital, Chamath Palihapitiya, has been one of the most influential figures to show vocal support for WallStreetBets. However, it is incorrect to say he is ‘working with’ the community; he has just made a series of favourable statements. These include saying that WSB investors are as proficient as hedge fund managers when it comes to fundamental analysis.

Chamath added in an interview with CNBC that this was just the process of the value of stocks being determined by the free market. His message to institutional investors who have got stung was:

“just because you’re wrong, doesn’t mean you get to change the rules.”

This is an exciting and ever-moving news story, with implications that could lead to major changes in the financial industry. We’ll update this page as the story develops so you can keep up with all the latest information.

Just 2% of Britons are getting Covid-19 test results within a day, data shows

A Year Without the Grocery Store: A Step by Step Guide to Acquiring, Organizing, and Cooking Food Storage