“Whoever hits you, hit him” .. a prescription for dealing with child abuse with a new episode of “kids area” 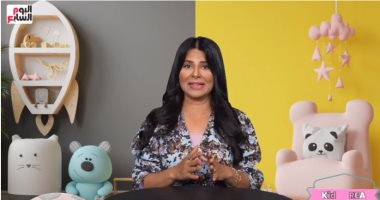 “He who hits you, hit him.”..a word frequently heard by children, and mothers direct them to their children, when they are subjected to abuse from another child, believing that this way may raise a brave child who can take his right by himself, and on the other hand, mothers may ask their children to go For those who are older than them in the event of being assaulted without responding.

With the entry of schools, complaints from children and each other increased, causing the mother to be confused about the correct way in which they direct their children to deal with the matter, and to clarify what is most appropriate for your child, Professor Amal Ghaly, the educational consultant and certified positive education trainer, spoke in a new episode of the program “kid area“.

Amal Ghaly said: “Many mothers say when my son went to school, I wanted him to remain a very perfect child, and that’s why I asked him if someone hit you, he would say to touch him.”

Amal explained, “This may be useful at the beginning of children entering the KJ stage, but it does not work for long, because the world is at a young age and things are a little better.”

Amal confirmed that the problem may be in the primary stage, saying: “The problem remains when he grows up a little and starts primary, if the boy was beaten and complained to the teachers, the remaining children see him as weak, and he also sees himself as weak.”

Regarding the way of dealing with children at this stage, Amal Ghaly said: “It is important for your child to have the ability to defend himself, but we must differentiate and take into account that there is a difference between the child having a strong personality and the ability to stop those in front of him alone, and that the child turns For a person who is aggressive over time, and at that time it will not differentiate between his friends and his sisters and anyone.”

And she continued, “And there are children who will feel strong and that the rest are afraid of them, so you think this issue is permissible, and of course this will have great effects on him when he grows up.”

She added: “Of course, I am a mother, and I want my son to have a strong personality and no one can weaken him, especially since the atmosphere of the school is not good with him, let’s know with each other how this works.”

Regarding the prescription for dealing with children after being assaulted at school, Amal Ghaly said: “The first thing is to notice if your son calls you to complain about this a lot, and this means that the children of his friends have learned from his way and his personality that he can be beaten, because if the child has a weak personality, he will be beaten more than his friends.”

And she continued: “In a large percentage, the children who are beaten will be many of their owners, and their parents will beat them at home, meaning they get used to beatings and break their self-respect.”

Amal Ghaly advised the families to stop beating children in the house, saying: “It is important that we stop beating our children.”

She emphasized, “There are other children whose character has been weakened by the number of her family. They protect her more and treat him as a weak person and need to protect them all the time.”

She also advised: “The second important thing is to know that I build a sport that helps him defend himself, and do exercises at home in a practical way. He does what if someone hits him, for example, he holds his hand firmly and takes him away from him firmly, and the tone of his voice is strong, so do pretend play with your son at home like this once.” Until he can do that.”

She stressed that the child should not be blamed, saying: “Of course, there is no blame on him and that he is being beaten by his companions because this will make him weaken more. This method will protect our children from being aggressive over time and will also preserve the strength of their personality, and it will tell them that the strong person is not the one who extends his hand but the one who He knows how to stop the other person at his limit and does not allow anyone to hit or insult him.