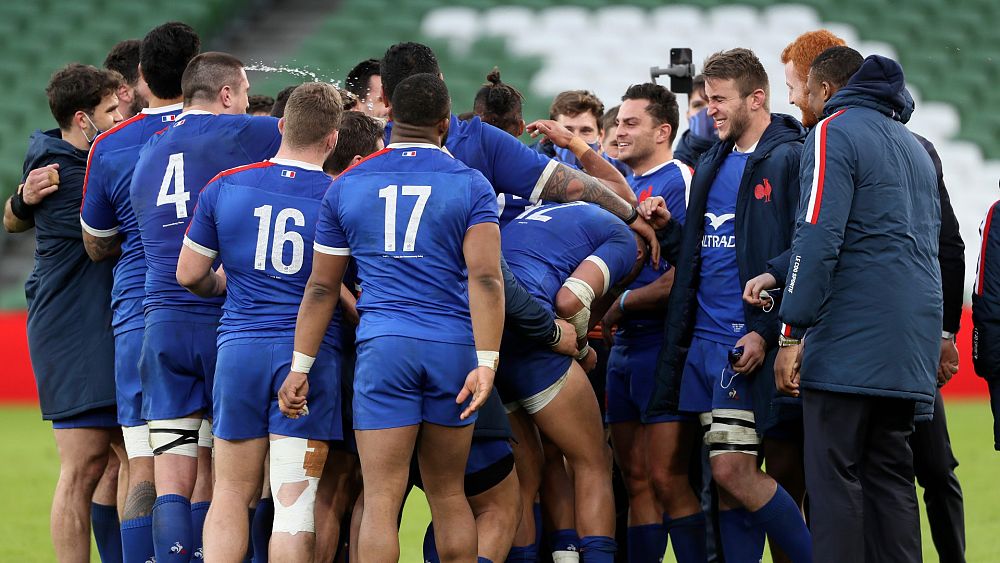 All the players in France”s national rugby squad are in isolation after a further member of the group tested positive for COVID-19, the French Rugby Federation (FFR) said in a statement.

Training was also suspended on Thursday in light of the result.

Including the new, unnamed, individual, as many as 11 players have now tested positive for the virus as well as three staff members, including coach Fabien Galthié.

The news throws into doubt whether France’s Six Nations match against Scotland will go ahead in Paris on Sunday.

“The entire group is in isolation according to health protocol,” the FFR said, adding it was in “close contact with the Six Nations committee.”

Sunday’s match was given the green light to go ahead on Wednesday by competition organisers after there were no positive cases in the squad for two consecutive days.

Captain Charles Ollivon and star scrum-half Antoine Dupont were among the 10 to previously test positive.

France currently leads the Six Nations after away wins over Italy and Ireland.

Around 10 of France’s 102 territorial areas known as departments are in a “very worrying situation” in terms of COVID-19 infections, government spokesman Gabriel Attal told reporters after a weekly cabinet meeting on Wednesday.

The region around the northern French port of Dunkirk will see a weekend lockdown enforced starting on Saturday to halt surging infections, Health Minister Olivier Véran has said.

He labelled the situation surrounding Dunkirk “alarming” and said the government would also increase vaccine supplies to the area.

Nice in the south has also been defined as a hotspot and will be put under weekend lockdown starting this weekend.

The rest of the country is currently under a 6 pm-6 am curfew, during which time all but essential journeys outside the household are banned.

Attal said the national COVID-19 spread is “going up a bit” and “unfortunately the trend doesn’t point to an easing of restrictions”.

Prime Minister Jean Castex will hold a press conference on Thursday to update citizens on the situation concerning the virus.

Make Your Visualizations A Reality Reviews

Make Your Visualizations A Reality Reviews