Why can’t restaurants in the United States find waiters? International 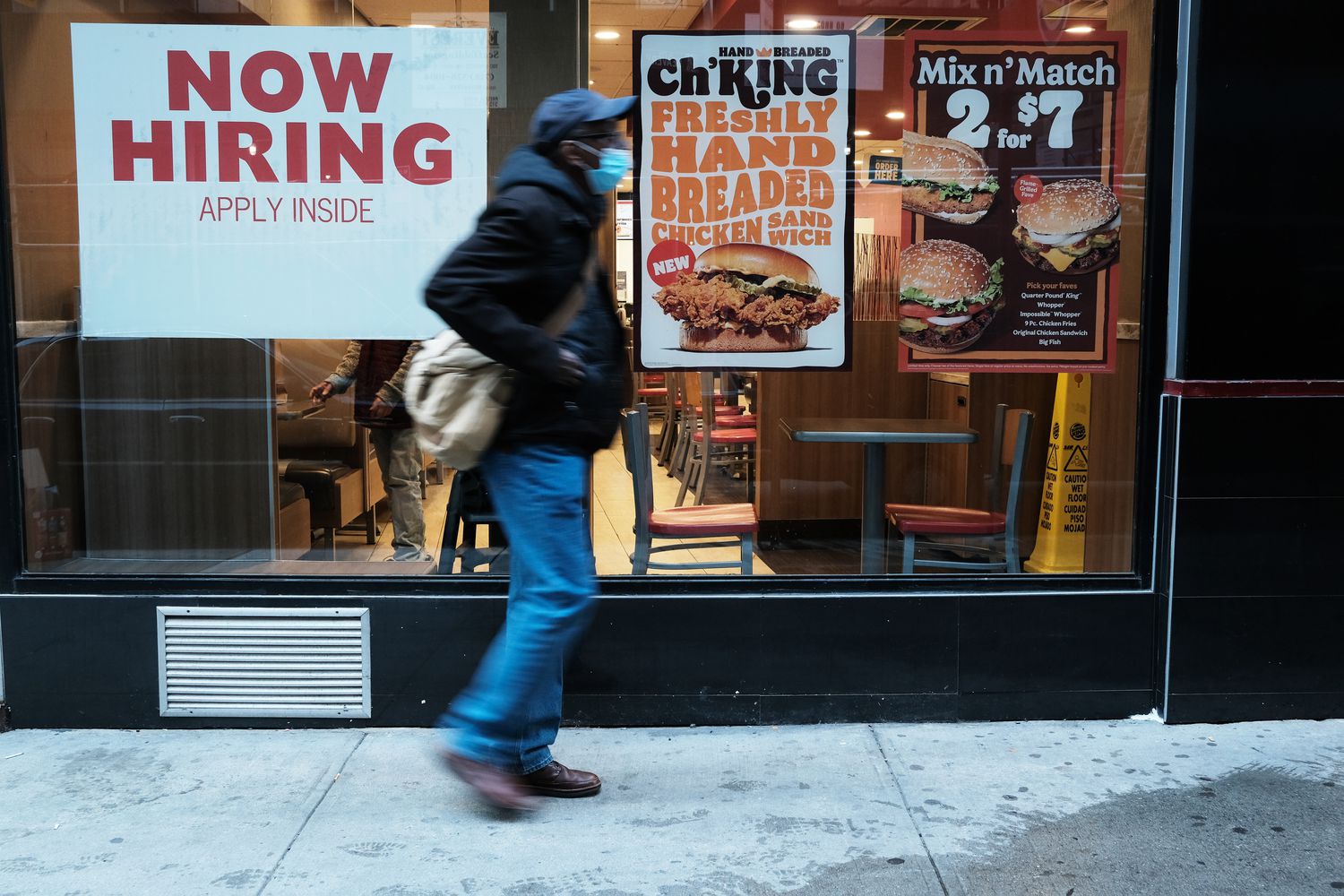 Working in a restaurant or fast food chain is a kind of rite of passage into the working world in the United States. McDonalds, for example, is one of the job creation machines: one in eight Americans has been employed by the company, according to Fast food: the dark side of fast food (Grijalbo). However, the pandemic seems to have caused a turning point. The young people who used to fill those millions of vacancies are resigning en masse, joining the phenomenon dubbed the Great Resignation. Despite the fact that employers have been forced to improve wages and make hours more flexible, the sector has not managed to return to the point where it was. The unemployment rate in the hospitality and leisure sector reached 6.6% in February, while the national rate was 3.8%.

The problem of recruiting waiters and kitchen staff worsened with the coronavirus, but it did not start in 2020. The half dozen experts consulted for this report explain that there were at least two previous factors: young people increasingly leave the house later of their parents (before the pandemic, 47% of Americans between the ages of 18 and 29 had not emancipated, a figure not seen since the Great Depression) and have children later, so the urgency of playing a work in precarious conditions is no longer such an urgent need. The collapse of the migratory flow that began with Donald Trump is the second element. Regular and undocumented foreigners make up 20% of the sector’s employees, according to the Pew Research study center.

“We were right at that point where [las circunstancias] they were going to start to hurt and the pandemic came and everything got completely out of control, ”says economist Ron Hetrick, of Burning Glass Technologies, a labor market data analysis platform. After the initial shock, which hit the service sector hard, companies desperately went out to rehire, but the response was not what was expected. The proportion of workers quitting their jobs has been stuck at the highest figure since late 2000 for months, as has the number of job openings.

The main labor shortage is registered in the hotel industry, where a million and a half workers are missing compared to February 2020, according to the Department of Labor. “This generation of young people has more opportunities than any other and they are taking advantage of them to be more selective. Many choose to be food delivery people and thus be able to choose the schedules, “says Hetrick. Government stimulus checks to deal with the pandemic also took the pressure off twenty-somethings.

The difficulty in finding employees in restaurants also responds to the wave of early retirement in the midst of the health crisis since women, who represent 55% of the workforce in the service sector, have mostly taken care of children in the House. As long as schools don’t get back to normal, neither will they.

The complex scenario has forced the owners of the premises to improve the conditions to make the offer more attractive. This summer, for the first time, wages for restaurant workers exceeded $15 an hour, according to the Bureau of Labor Statistics. Katie Button, chef and co-owner of Cúrate, a chain of Spanish restaurants in Asheville, North Carolina, has all but stopped offering meals because she only staffs dinner shifts. “Every business in this country is hiring at the same time. We have never had so much job competition in the history of the United States, it is understandable why it is taking so long” to return to pre-pandemic levels, he points out by Zoom.

Button and his partner, the Spaniard Felix Maena, acknowledge that, despite how challenging it has been to maintain business during the pandemic, they achieved it thanks to the restaurant revitalization fund delivered in the middle of last year by the Joe Biden government to more than 100,000 establishments. Some 200,000 of the applicants did not meet the requirements, according to the Coalition of Independent Restaurants. “They are the ones that accumulate the most debt, fire employees and operate with a scarcity mentality,” says the chef. Unlike many others, the Button and Maena restaurants did offer health insurance to their employees before the pandemic. With the health crisis they suspended it, like the other benefits, until they received the government subsidy.

Added to the health insurance is 50% of her dental plan, up to three weeks paid time off, a pay raise, paid bereavement days, and two-week advance planning of work schedules. In North Carolina the minimum wage is $7.25 an hour, which is what waiters usually earn, which is why tipping is so important in the US Button pays between $18 and $35 an hour, depending on the duties. Even so, she still has not managed to complete the 140-employee pre-pandemic workforce. In her decade of experience in the sector, she has seen a change in the demands of workers. “Now they want to have paid time off, the ability to balance work and personal life, comprehensive health insurance, dental insurance… They are not accepting anything below a living wage. I think it makes sense and it’s great,” says the businesswoman.

In the battery of improvements, restaurant businessmen are offering everything from shorter work weeks to free subscriptions to Spotify. Daniel Schneider, a demographer and professor of sociology at UC Berkeley, is skeptical of the tidal wave of profits. “Wages are going up, but so is inflation. The minimum wage has not been touched, the hours are still bad. Some restaurants now pay for the days if the employee gets sick with covid, but when the pandemic passes, they will go back to business as usual, ”warns Shneider, co-creator of The Shift Project, the largest source of data on hours and work well-being of hourly employees. in the US “The country is not dealing with an employment problem. This is a problem of bad jobs,” he adds.

An idea that is repeated among experts is that the phenomenon should not be called the Great Resignation, but the Great Relocation. “This is the same people giving up one job to go to another with better conditions,” says Chris Tilly, director of the UCLA Research Institute on Labor and Employment. The workforce is at the same levels as in March 2018, the challenge, he points out, is to attract new employees. Restaurants and retail stores, Tilly argues, have it harder than other sectors. Build Back Better, Biden’s social spending plan, “would level the playing field and avoid creating situations where people have to choose between going to work sick or losing their job.” That would give guarantees to the waiters. But the bill is stopped and meanwhile there are hundreds of thousands who do not want to take down the apron.

Three areas where the US can take action soon on Ukraine

NBA: Tatum dazzles with 54 points against Durant and Irving

NBA: Tatum dazzles with 54 points against Durant and Irving