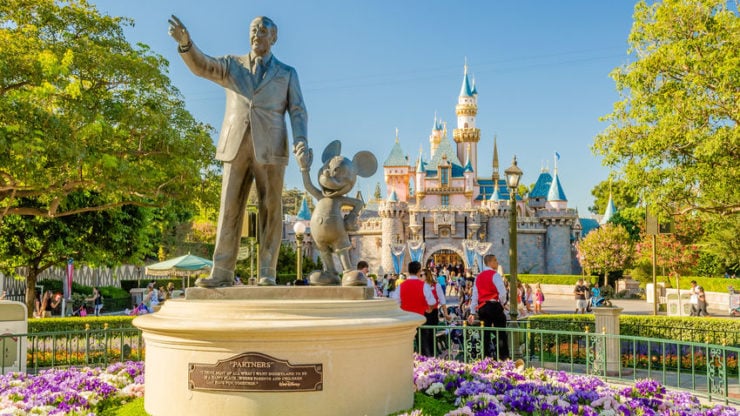 Investors have been putting Walt Disney Co (NYSE: DIS) against Netflix Inc since the start of the year. But Mad Money host Jim Cramer dropped a humble reminder this morning that Disney was much more than its two-year-old streaming service only.

Disney to benefit once the global economy reopens

Cramer sees Disney as a post-COVID play. When the global economy reopens, he said on CNBC’s “Squawk on the Street”, the American multinational will benefit greatly on the back of its business segments other than Disney Plus. He added:

I think the world of the stock now because it has paid its dues. Once the COVID situation is under control, Disney will become a standard name for big institutions. It’ll be one of those stocks where big people always say, oh yeah, I own it.

Disney had an excellent 2020 with more than a 100% growth from a pandemic low of $86 a share. This year, however, has been a different story as the stock peaked at $202 in early March and has been in consolidation ever since.

Cramer’s remarks come on the heels of JPMorgan’s Alexia Quadrani’s note this morning that said the current per-share price was an attractive entry point for long-term investors wanting to put their money in Disney.

On Thursday, Quadrani reiterated her “buy” rating on Disney and raised the price target to $230 that represents an about 30% upside from here. Previously, she had a PT of $220 on the stock. In comparison, Deutsche Bank sees upside to $200 only in Disney.

The post Why Cramer thinks Disney will become a standard name for big institutions appeared first on Invezz.

Should you wait to buy Interactive Brokers shares after a narrow earnings beat?

Is the Holo (HOT) a good buy opportunity after a recent sell-off?