Why did Aguero reject No. 10 in Barcelona after Messi’s departure? 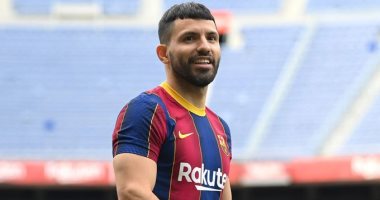 The Argentine star, Sergio Aguero, the new Barcelona striker, who joined during the last summer Mercato from Manchester City, revealed the reason why he did not get the shirt of his compatriot star Lionel Messi, after his departure to Paris Saint-Germain.

Aguero spoke in an interview with the newspaper. el periodicoThe Spanish, saying: “I did not get the number 10 from Messi out of respect for him, it is a token of friendship, his exit from the team was a shock to me, they offered me to wear the number 10 shirt and my teammates repeated: Wear 10, wear 10!”

He added, “Maybe Messi would have liked me to wear the number 10 shirt, but it was much bigger, if he wanted another player to use it, no problem. He is not mine, the same thing happened with Messi in Paris and they offered him the number 10 and he refused.”

He continued, “I chose the number 19 shirt, before he came to Barcelona, ​​when Messi left, I didn’t think of 10 I thought of 19, I played with the number 10 in Independiente, in Atlético, in City .. They offered it to me in Barcelona, ​​​​a beautiful thing, of course, but it is It was only for Messi.”

On his ambitions with Barcelona, ​​Aguero said: “I am the only Argentine in Barcelona, ​​I will always try to leave a good name. At Barcelona, ​​I scored those goals, and look at the titles we’ve won.”

And about the death of the late star Maradona, the Barca star said: “His death was a tragedy for what he represented for Argentina, it was a very sad thing, when I asked my wife or my son if this was true, because I did not believe at first, she wrote to me yes, this is true, I started crying.” .