Why England can dream of a brilliant summer – Alex Scott


Just imagine: sunshine, crowds and England winning at Wembley. A brilliant summer, after such a dreadful year.

There are a few reasons to believe it can happen, too. We have waited long enough for Euro 2020 anyway – but the fact England is hosting so much of it could help to make it an extra special tournament for Three Lions fans.

“I can picture it now,” says BBC pundit Alex Scott. “A packed Wembley on a sunny July evening, and the whole crowd rising to their feet and roaring when England run out for the European Championship final.

“I am being an optimistic fan there, I know that. But after the year that everyone has had, I think we are all allowed to dream a little, aren’t we?

“I don’t see England as favourites, but we’ve got a chance, of course we have.

“I’m always very positive as a person as well as a pundit but, come on, join me on this one and think about England making it to Wembley for the final on 11 July.

“It’s the European Championship final, the sun is out, there’s a cold pint of beer in your hand and you’re singing ‘Three Lions’. England can win it – why not?”

Whether England make it all the way to the final or not, what will definitely be worth celebrating is that the tournament will see the return of fans to 11 venues around Europe.

Scott added: “We’ve been lucky that football has been there to help us all through so many difficult months of lockdown already, but I am so excited about the crowds coming back into stadiums to experience it all again this summer.

“There will be a big buzz all around the United Kingdom with Scotland and Wales also in the finals but the fact there are going to be so many games at Wembley just adds to the whole occasion that we have got to look forward to. Hopefully we get some nice weather to go with it too.”

The sunshine does not always appear on these shores, of course. But Scott is hoping what definitely does arrive is the kind of amazing atmosphere that all major tournaments and big sporting events bring.

“I was in Moscow for the last World Cup and that was something really incredible to be part of over there, but there was one heck of a party going on back in England too,” she explained.

“Euro 2020 is going to be the same. We are not just at a stage where this tournament is finally going to happen, we are also hosting a lot of it – and it is happening at a time where we are about to all be allowed out again.”

What about on the pitch?

For things to truly take off like they did in the summer of 2018, England will have to be successful on the pitch too, just like Gareth Southgate’s side were when they reached the semi-finals in Russia.

Can they really go as far – or even further – this time?

“It’s a huge ask because this is tournament football at the highest level, but I have got lots of confidence in Gareth and his team,” says Scott.

“I know we often tend to do this as England fans and say before a tournament that we are going to win it, but there are a few reasons why I believe we are in with a shout this time – and there is nothing wrong with feeling that way.

“As well as us having home advantage, you only have to look at our squad to see the talent is there, and there is so much potential in the young players who will be playing in their first senior finals after coming through the England youth ranks.

“It’s not even as if the likes of Phil Foden, Mason Mount, Declan Rice and Jude Bellingham are on the periphery of their club teams – they are already stars at that level, in the Premier League, Bundesliga and, in some cases, the Champions League too.

“They have become go-to players for their clubs and they are our players at international level. That’s why we can dream, because we have seen them perform so well and so consistently for the past few months.

“Now it is just about making sure they are in an environment with England where they will continue to flourish.

“Gareth has done that before – in Russia where we saw the team bond and fight for him – and he is another reason I think we will do well this time.”

Why Southgate is the leader England need

Southgate’s waistcoats in Russia made him something of a style icon – sales of them soared after he wore them on the touchline – but his leadership style is what has really impressed Scott, not his fashion sense.

She said: “I love the way he conducts himself and his style of management has a freshness that I think the players feed off and supporters can get behind.

“He has a presence and he will always get his point across when he has to – he has already made some tough decisions too – but he remains an approachable manager that his players can go and speak openly to, and that is exactly the mix you need.

“People might say he is going into this tournament without knowing his best team, but I think that is a strength, not a weakness.

“We have gone past the days of having a starting XI and system that would stay the same regardless of who we are playing.

“Southgate doesn’t have to rely on that. He has a strong squad and it allows him to set up differently and bring people in and out of the side when he wants to, to expose the opposition’s weaknesses. 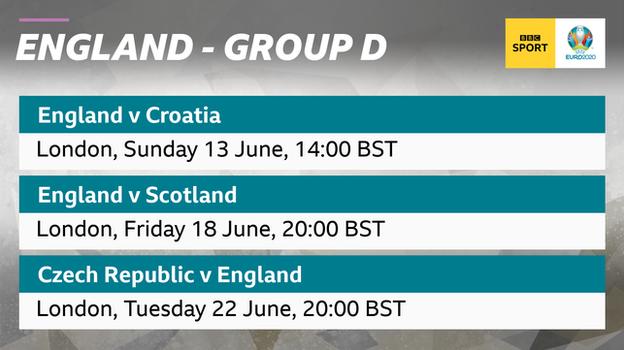 Greg Gutfeld: Media is only industry designed to lie

CHRISTOPHER STEVENS: £280 for a box of chocs? That’s a snip on billion pound Bond Street

CHRISTOPHER STEVENS: £280 for a box of chocs? That's a snip on billion pound Bond Street